A third week of confinement, advanced Easter holidays, a case in fourteen: the health point of March 18 – New Caledonia the 1st 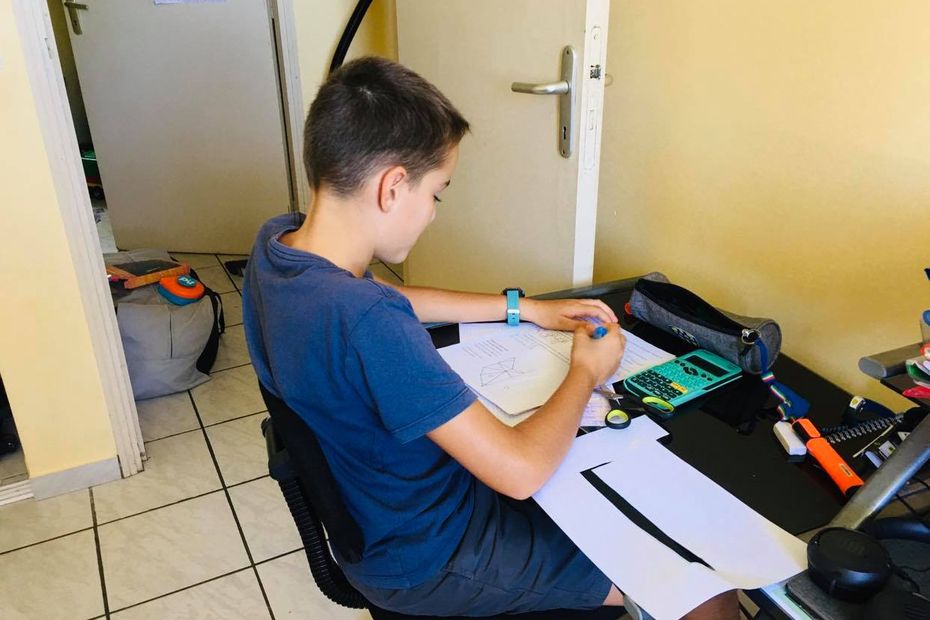 A third week of confinement, advanced Easter holidays, a case in fourteen: the health point of March 18 – New Caledonia the 1st


After March 22, the current confinement in New Caledonia will be extended for a third week, until March 28 inclusive. The Easter holidays are well advanced. And another positive case is announced, linked to Wallis but detected in the fortnight.

It is confirmed : the current containment of the Caledonian population to prevent the spread of the virus will not stop on March 22. For precautionary reasons, it is extended by one third week, who “will be decisive“ believes Thierry Santa, president of the sixteenth government in charge of current affairs.

Confirmed, also, the modification of the school calendar to bring the Easter holidays forward by one week – instead of 2 April in the evening, they will begin at the end of this third week of confinement, and will end on the evening of Sunday 11 april (read also below).

The goal: for Caledonia to become Covid-free again, and find a normal life. “That makes one week now since 10 March to be more precise, that we did not detect a case of Covid-19 which was not isolated, at the time of its detection and in the days preceding “, emphasizes Thierry Santa.

“Our health authorities consider that we must wait fourteen days from March 10 to possibly see cases of Covid-19 appear and continue to carry out the necessary investigations “, he adds. “With the High Commissioner, on the recommendations of the DASS, we have therefore taken the decision to extend the strict confinement of the population for another week, until midnight Sunday March 28.“

And this call: “Again, I request urging all those who have returned from Wallis and Futuna since 25 January to report to 05 02 03, and I ask everyone to stop stigmatizing the community. It is totally counterproductive. “

A case linked to Wallis but detected in fourteen

Regarding the daily situation update: 240 tests carried out yesterday, Wednesday, revealed a positive case. The person concerned was present on the flight of 3 March from Wallis, a flight considered risky, and had been placed in a hotel for two weeks on 13 March.
No risk of contamination for those around him, therefore, provide health services. Dr Michel Belec has moreover detailed What is the status of the investigation to identify any cases related to Wallis, and their contact persons:

Another figure, that of 1783 people vaccinated yesterday, a new daily record. It was specified that vaccination has started in establishments receiving people in a situation of handicap, with a team deployed by the DASS.

High Commissioner Laurent Prévost clarified : “over the next two weeks, 15,000 new doses of vaccines will be sent to support the ramp-up of the vaccination campaign. At 1st April, it will be like this 42,000 doses provided by the State, which will have benefited New Caledonia since the beginning of January. ”

The bullish who once again greeted the good respect of the instructions by the Caledonians and their “Citizenship” in the matter. The representative of the State detailed adaptations to containment. “If the travel restriction measures are repeated identically, consultation with the Caledonian authorities makes it possible to consider a few amenities in terms of economic activities’, he announced. “The opening of markets will be authorized, subject to the establishment of a traffic plan and compliance with health measures. “

Decided this morning, this reopening of the markets – food and agricultural – responds to a strong request farmers, after the Lucas depression and cyclone Niran, said Jean-Louis d’Anglebermes in charge of agriculture in the sixteenth government. And would be done at same conditions only during containment 2020.

The hope of a “classic” return to school

Another elected to speak, Isabelle Champmoreau, member of the government in charge of education, explained Why school holidays are advanced: to avoid returning to class for only one week, at the risk of high absenteeism, and in the hope of having a “classic” return to school on Monday 12 April.

“Of course, then there will be a little longer, eight consecutive weeks of school, but things are well done: in May, there are two bridges ”, underlined Isabelle Champmoreau. “It will in any case have an acceptable period on the pedagogical plan.” Detail to note: the educational mornings period 2, between the April holidays and the June holidays, are deleted.

Who says vacation says activities, recreation centers and other camps. “The provinces, and in particular the southern province”, she formulated, “Are already mobilizing for edit the organization of leisure centers, the activities planned for the holidays, so that parents can switch their registrations and have access to these activities. ” With this query: “That employers have a benevolent look at the taking of leave”.

In a school requisitioned for the children of priority personnel.

Other info, the schools open for the children of priority personnel remain in office next week. Hence this request, “To primary school teachers, if they are available, to volunteer to be able to to reinforce the teams”.

To be found on the 7:30 pm newscast, of which Thierry Santa will be the guest.