Algeria: thousands of people march through the streets for the second anniversary of Hirak 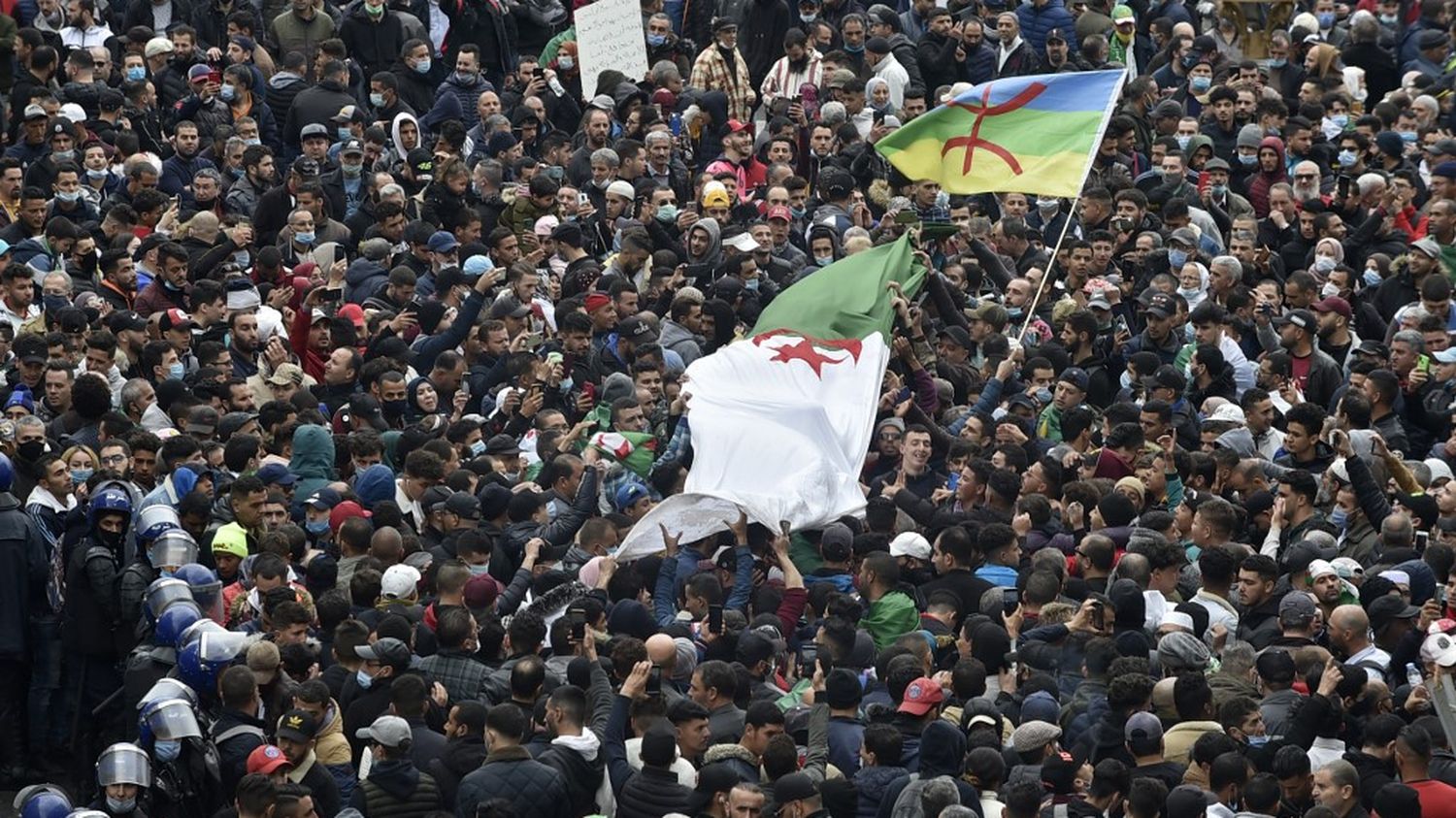 Algeria: thousands of people march through the streets for the second anniversary of Hirak

“The fateful hour has struck”, could we read on a sign. Thousands of demonstrators marched Monday, February 22 in Algiers and in several cities of the country, for the second anniversary of Hirak. A demonstration of unprecedented scale in the capital since the suspension of the popular movement in mid-March 2020 due to the Covid-19 pandemic.

“We did not come to celebrate (the 2nd anniversary of the Hirak), but to demand your departure”, chanted the protesters, in reference to the regime they have opposed for two years.

Police checkpoints have been set up on several roads leading to the capital and an impressive police force has been deployed in the city center. Despite this arrangement, protesters began to gather at midday.

The police, who tried to prevent them from advancing towards the Grande Poste, the emblematic meeting place of Hirak, proceeded to arrests, sometimes forceful. In the provinces, marches took place, notably in Annaba, Oran, Béjaïa, Sétif, Bouira, Mostaganem, Constantine and Tizi Ouzou.

This peaceful movement had to suspend its weekly demonstrations in March 2020 due to the coronavirus epidemic. But he continues to demand the dismantling of the “system” in place since independence in 1962, synonymous in his eyes with authoritarianism and corruption.

If the regime – President Abdelmadjid Tebboune in the lead – regularly pays tribute to “Blessed authentic Hirak”, he considers that his demands are now satisfied, calling his supporters today “counter-revolutionary magma”. In recent interviews, Communication Minister Ammar Belhimer claimed that the Algerian state had “satisfies (Hirak’s) legitimate demands in record time” and warned against calls to go out on the street.