Assassination of Samuel Paty: one of the minors indicted “completely twisted” when the assailant gave him money, testifies his lawyer 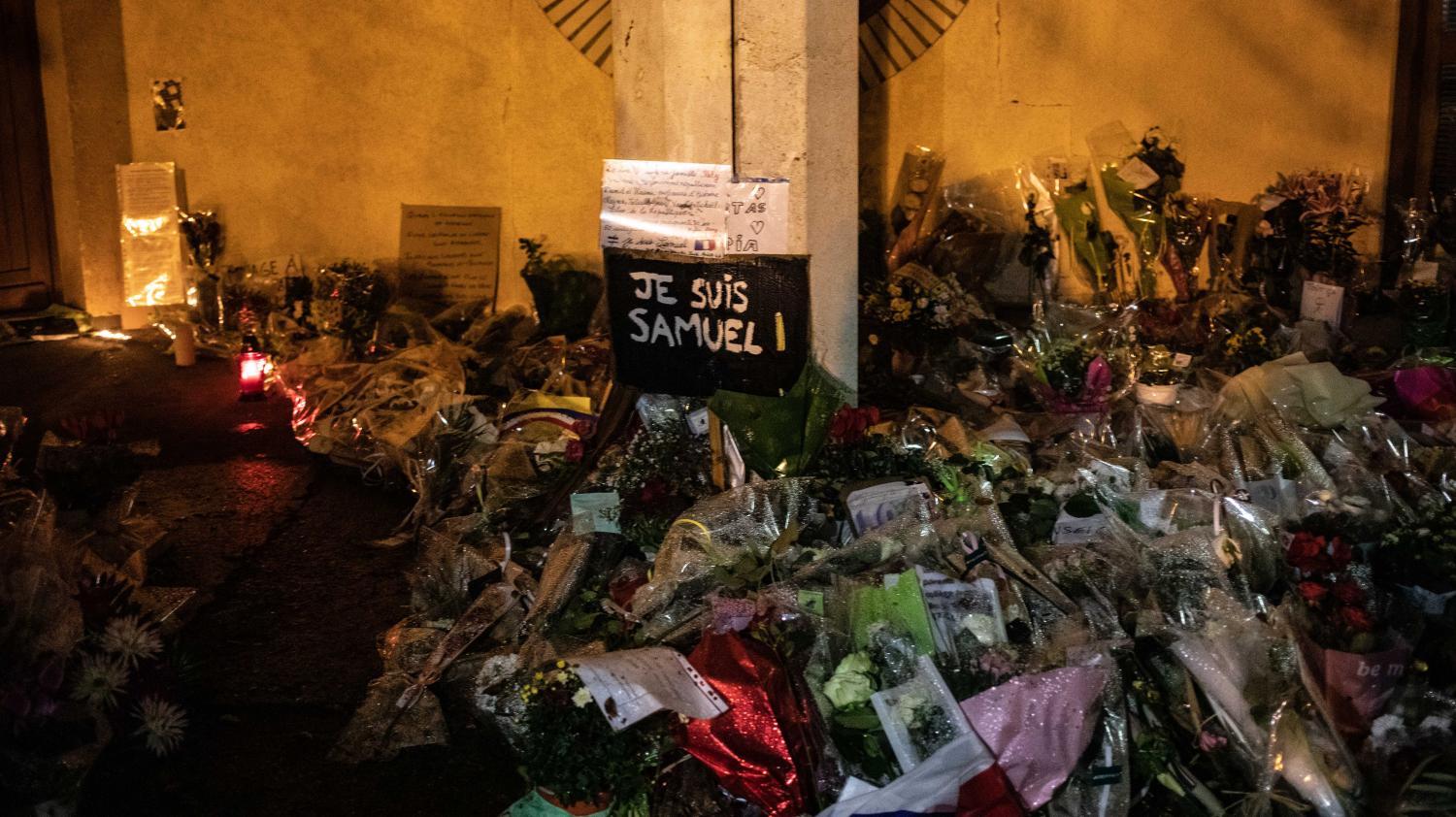 Assassination of Samuel Paty: one of the minors indicted “completely twisted” when the assailant gave him money, testifies his lawyer

Two minors are among the seven people indicted Wednesday, after the assassination of Professor Samuel Paty. Aged 14 and 15, they are suspected of having provided the terrorist, for money, with information about the teacher, a few hours before Abdullakh Anzorov took action.

“It’s very, very complicated for him.” The lawyer for one of the two minors indicted Wednesday, in the investigation into the assassination of Samuel Paty, spoke about him on CNews and BFMTV, Thursday, October 22, citing the facts with which he is accused and his condition, six days after the attack near the college of Conflans Sainte-Honorine (Yvelines).

The 14-year-old is one of seven people indicted on Wednesday for “complicity in assassination in connection with a terrorist enterprise” and “association of terrorist criminals with a view to committing crimes of attacks on persons”. This schoolboy and another minor, aged 15, were released under judicial supervision. Adolescents are criticized “to have remained in the direct and prolonged presence of Abdullakh Anzorov, on the afternoon of October 16”, but also to have provided the terrorist, against money, information on Samuel Paty in front of the college of Bois d’Aulne, a few hours before the act of the assassin of the teacher.

He comes from a family that is quite poor. When the terrorist arrived, he put this wad of banknotes in his hands, he twisted completely, he recognizes it.Charles-Emmanuel Herbière, lawyer for one of the minors indictedon BFMTV

“He begins to understand (…) What he is accused of today is more or less one of the worst crimes in the penal code: ‘complicity in an assassination attempt in connection with a terrorist act ‘. There is hardly any worse “, sued Charles-Emmanuel Herbière with CNews. The lawyer mentioned “a child who wept not over his fate” during their first meeting, “but first his teacher”. “He said to me: ‘by my fault, a man died, a man whom I respected a lot”, he added on BFMTV.

According to Charles-Emmanuel Herbière, this miner “was part of the first group that was approached by the terrorist “ in front of the Bois d’Aulne college, just a few hours before the attack.