At the trial of the 2015 attacks, the defense calls for justice “without a political message” 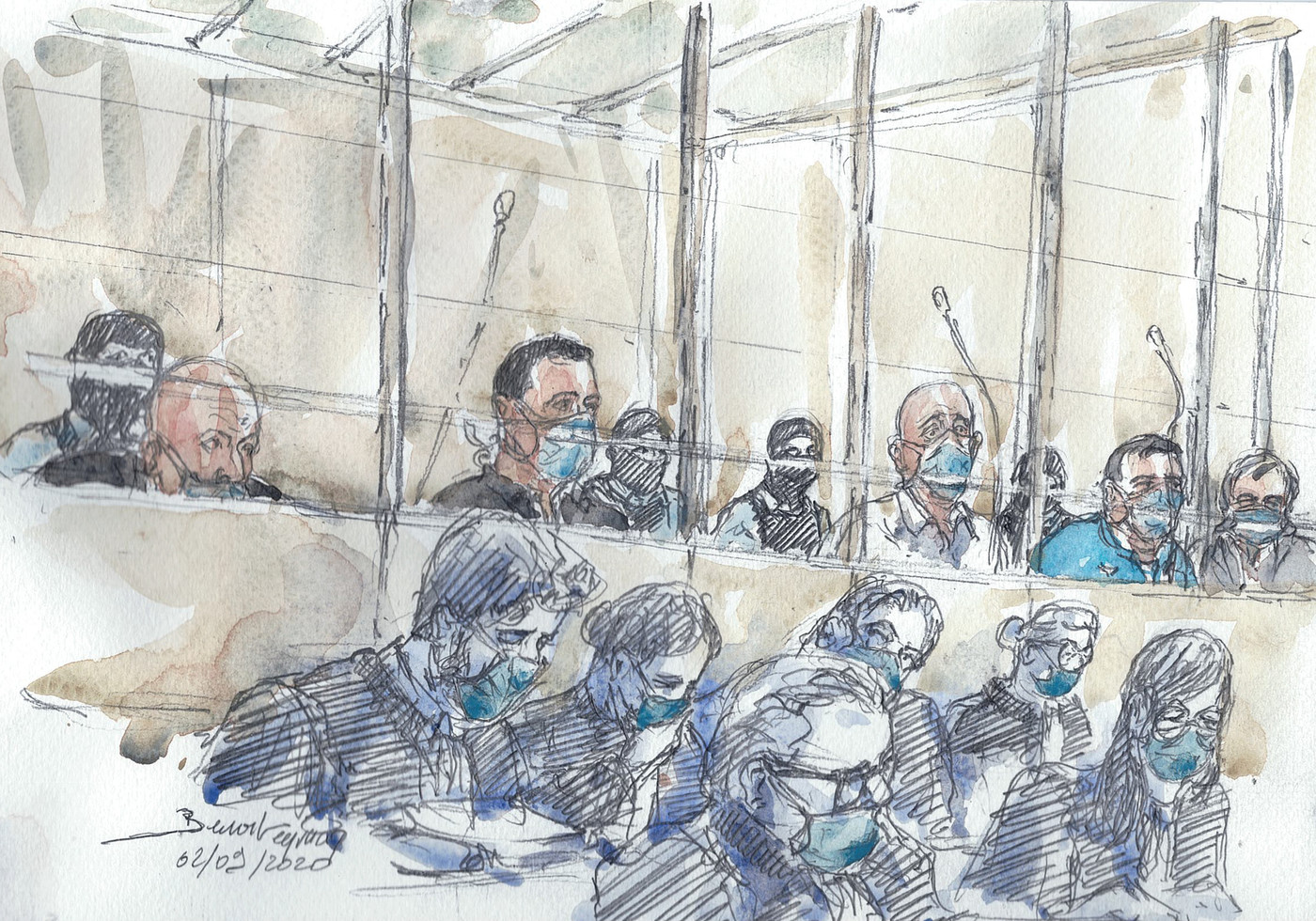 At the trial of the 2015 attacks, the defense calls for justice “without a political message”

For four days, the special court of assizes in Paris has been transformed into a vast verbal ball trap stand. With a single target: the National Anti-Terrorism Prosecutor’s Office and its severe indictment issued at the beginning of the week. Tuesday, December 8, the two attorneys general have mostly called for double-digit sentences and even life imprisonment for two accused. So since then, in response, it shoots all over the side of the defense. “A low-end indictment and I weigh my words”exclaims a lawyer. “Objectively ashamed”, adds a colleague. “Smoky and unworthy requisitions”, adds a third. “Countertop psychology”, concludes a last lawyer.

” There must be guilty parties whatever the cost ”

A storm warning in the courtroom. But also a certain breeze of freshness. Because even if we find here and there, some seasoned lawyers, the benches of the defense are overwhelmingly occupied by young penalists, in majority of the women, who, obviously peeled the least comma of the file. And have been waiting for five years for the opportunity to publicly denounce, in a court of law, all “Flaws” and the “Inconsistencies” a procedure conducted “Dependent”. With the sole purpose of having “Culprits in the box” in this historic trial which takes place without the Kouachi brothers and Amedy Coulibaly, killed at the end of the January 2015 attacks.

” There must be guilty parties whatever the cost because the suffering is too great and the crime is too serious. We need heads, we need names ”, launches Me Beryl Brown. “Who is this justice for whom the prosecution seeks?” It is not for the victims, they will not have had answers. So, is it for the venue, the media, the international scene? “, wonders Me Zoé Royaux who is not the only one to have little tasted these solemn words launched Tuesday by the Advocate General at the Court. ” Your decision will be eagerly awaited by all our fellow citizens but also by all players on the international scene. It will be scrutinized, weighed, looked at with a magnifying glass and will serve as a standard ”.

Which, for the defense, amounts to putting some form of pressure on these five judges who, in a few days, will deliver their verdict. ” It was not a trial of history, of terrorism, of the emotion felt by France in the face of this new face of contemporary threats. But a classic trial of individuals against whom the prosecution must show evidence of guilt “, says Me Antoine Van Rie. And these proofs of guilt, the prosecution is at a loss, in the eyes of the defense, to provide any.

Since the start of the trial, the 11 men seated in the box (1) have never ceased to present themselves as common law delinquents, willingly versed in the “Shenanigans”. Some were more involved in drug trafficking, others in arms or stolen cars.

For the prosecution, all these defendants, to varying degrees, helped the Kouachi brothers and especially Amedy Coulibaly in their terrorist projects. Either by providing logistical support or by searching for or transporting weapons. But for the defense, there is no physical evidence or evidence to prove their guilt. And one after the other, these young wolves of the bar waver many certainties by asserting that entire sections of the investigation are mainly based on assumptions.

Thus, Me David Apelbaum castigates the demonstration of the Public Prosecutor’s Office wishing to convince that certain defendants, originating from the Ardennes, knew one of the Kouachi brothers. “As an argument, you are told sentences like “There is no chance” or “everyone knows each other” “, protests the lawyer.

“After four years of investigation, in this trial we saw police officers to say that there were only hypotheses in this file”, is also sorry, Me Daphné Pugliesi. And in fact, there are still many hypotheses. These two and a half months of trial have thus failed to demonstrate where the weapons used by the Kouachi brothers came from. Nor to bring certainties on the identity of those who had transported, from the north of France, the pistols and Kalashnikovs found in the arsenal of Amedy Coulibaly.

The trial did not allow, either, to prove in an unstoppable way that all the accused were aware that the latter was looking for weapons for an act of terrorism. For the prosecution, the mere fact of knowing that Amedy Coulibaly was radicalized was enough to say that, potentially, he could commit an attack. But it is impossible for the defense to rely on a fragile premise to sentence men to terms of up to 20 years in prison.

So inevitably, when concluding, the voice is tinged with emotion. “You’re going to have to go down. You will have to lower a lot, a lot, a lot ”, launches Me Margot Pugliese to the Court by speaking about the sentence of 15 years of prison requested against his client. “I hope you will have the courage and that you will judge freely. Even if you are told that the whole world is watching you ”, adds the lawyer. “Judicial truth is a bulwark against revenge”, said Me Royaux, before these last words. “You will do justice without a political message. Serenely and without trembling. “