We made it this time. By 2025, the super-rich will pollute less on the road. For two or three years, luxury car brands have been announcing one after another that they will soon have 100% electric models in their catalog. But until then, the most emblematic, the most prestigious of them was missing: Bentley. The century-old English manufacturer, official supplier to the Crown of England and the largest manufacturer of V12 petrol engines, symbolizes both luxury and performance.

the Bentley EXP 100 GT concept car, presented at the Festival Automobile International in Paris in 2020

On January 25, everything changed with the ” Five in five plan “, five fully electric models in five years, a project announced by Adrian Hallmark, the boss of the brand. As for the other models offered, they will all be hybrids. First stage, in 2025, with a new model based on the EXP 100 GT concept car presented in 2019, a six-meter-long bomb equipped with four super-powerful motors and six thousand LEDs in place of the grille (view the photo). In 2027, the electric versions of the Bentayga SUV and the Continental sedan will follow, then in 2029, its largest model, the Flying Spur.

All will be based on the PPE platform (Premium Platform Electric) designed by Audi and Porsche, two other brands of the Volkswagen group, owner of Bentley since 1998. With its plan, the English manufacturer hopes to become “a leader in sustainable luxury mobility”, according to Adrian Hallmark.

The very top of the range is therefore in battle order… ecological. It must comply with new and future European environmental standards to survive. Bentley goes further by having installed near its factories in Crewe, near Liverpool, thirty thousand solar panels and… three hundred thousand bees! 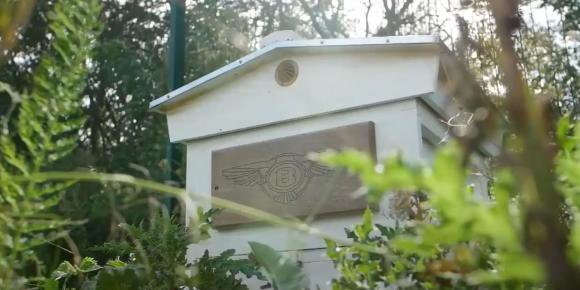 A Bentley hive installed at the Crewe site

What make environmental activists laugh? XXL beehives branded Bentley certainly have little to do with the frugality required to fight against global warming. Luxury cars are – if we dare say so – by essence energy-intensive, both for their construction and for their use. In addition, the batteries of the electric motors are very heavy. So imagine when it comes to powerful cars…

However, the shift from luxury to electric remains excellent news, firstly for employment. Because who says luxury, says highly qualified employee. Their know-how in the factories is similar to that of the workers in the haute couture workshops. Let’s add that for those who love beautiful cars, knowing that they will still be built in England is a real pleasure. Then, by investing in the technologies of the future, these manufacturers advance the knowledge that will be recovered by consumer brands. At the end of the 1970s, only Mercedes and BMW fitted their models with an anti-lock braking system (ABS), a technology that is essential today.

If the trickle-down theory is questionable in economics, it is not in technology. But above all, this shift from luxury to electric makes it desirable. Tesla, the first, was able to make the wealthy want to drive “clean”. The performance of the Model S, its sedan launched in 2012, but also the libertarian discourse of Elon Musk, the boss of the American brand has – whether we are happy about it or not – disconnected the electric from its ecological connotation at the advantage of a technological and futuristic universe. The Mercedes EQS, Audi e-tron, BMW iX, Jaguar I-Pace… and all the high-end electric models have, in turn, credited the electric with a strong power of seduction. 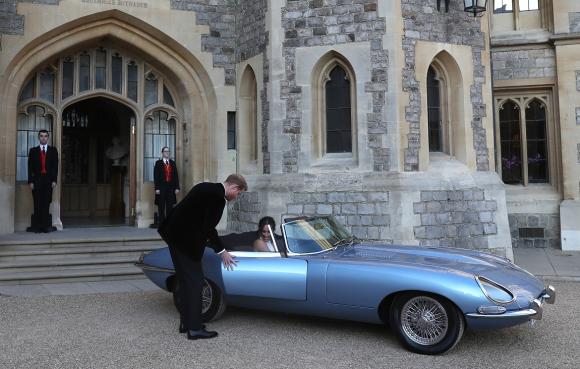 Prince Harry opening the door of his Jaguar E-Type to his wife Meghan Markle on May 19, 2018 just after their wedding

At the wedding of Prince Harry and Megan Markle in 2018, the electrified Jaguar convertible they borrowed undoubtedly advanced the environmental cause across the Channel more than the repeated speeches of Prince Charles, the father of the groom.

We tested the Mercedes EQS, the electric sedan that wants to overtake Tesla

A global battle is being played out today in automotive luxury, with non-Western manufacturers like China’s Hongki or Russia’s Aurus wanting their share of the pie. In emerging countries, would we prefer to see billionaires drive an electric Rolls Royce or a thermal Aurus Senat, Vladimir Putin’s favorite car? 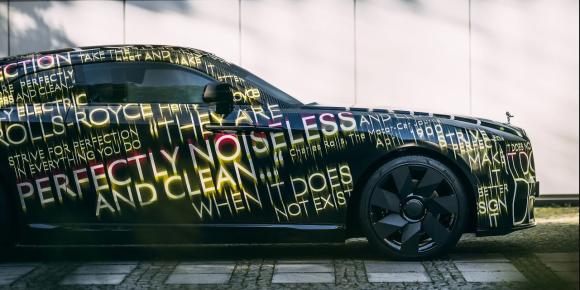 Rolls-Royce has indeed also taken the turn, with Specter – yes like the title of a James Bond film! -, a large coupé presented last September (but not unveiled) which will be sold at the end of 2023. The brand based in Goodwood and owned by the German BMW since 1998, will on the other hand ignore the hybrid and will go 100% electricity in 2030.

Subscribe ! Support the work of committed editorial staff and join our community of 200,000 subscribers.

Take advantage of the €1 offer for 3 months with Google

As for supercars, ultra-powerful sports cars, Ferrari announced in April 2021 that it would launch into 100% electric, but without specifying a date. Same for Lamborghini. Porsche has already taken the plunge with its Taycan sedan launched in 2019, which has since been available in 4 versions. 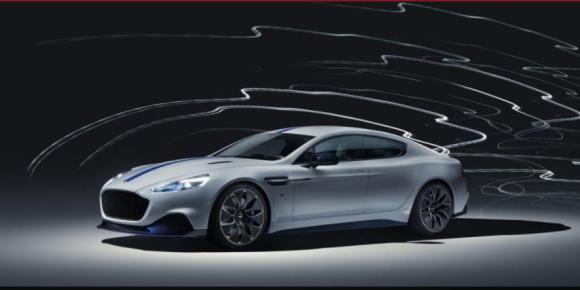 Aston Martin will offer the Rapide E, the electric version of its Rapide sedan, in 2025. As for Maserati, the Trident brand will present this year the 100% electric version of its MC 20, an overpowered berlinetta that will amaze enthusiasts. Finally, Bugatti will start racing. Bought last year by Mate Rimac – a 33-year-old Croatian nicknamed “the Elon Musk of the Carpathians” – the French brand should very soon unveil a derivative of its legendary model, the Chiron, equipped with Rimac Nevera technology. Another French flagship, Alpine will enter the dance in 2024 with a small SUV manufactured in the historic factory in Dieppe. Quite a symbol.

Hair Fall: Why does hair fall? Learn how hair fall can be prevented

In Greece, the island of Euboea haunted by the threat of fire

If you will do any work in these auspicious yoga, then you will definitely get benefit.