Bloody Sunday in Gaza, no ceasefire in sight 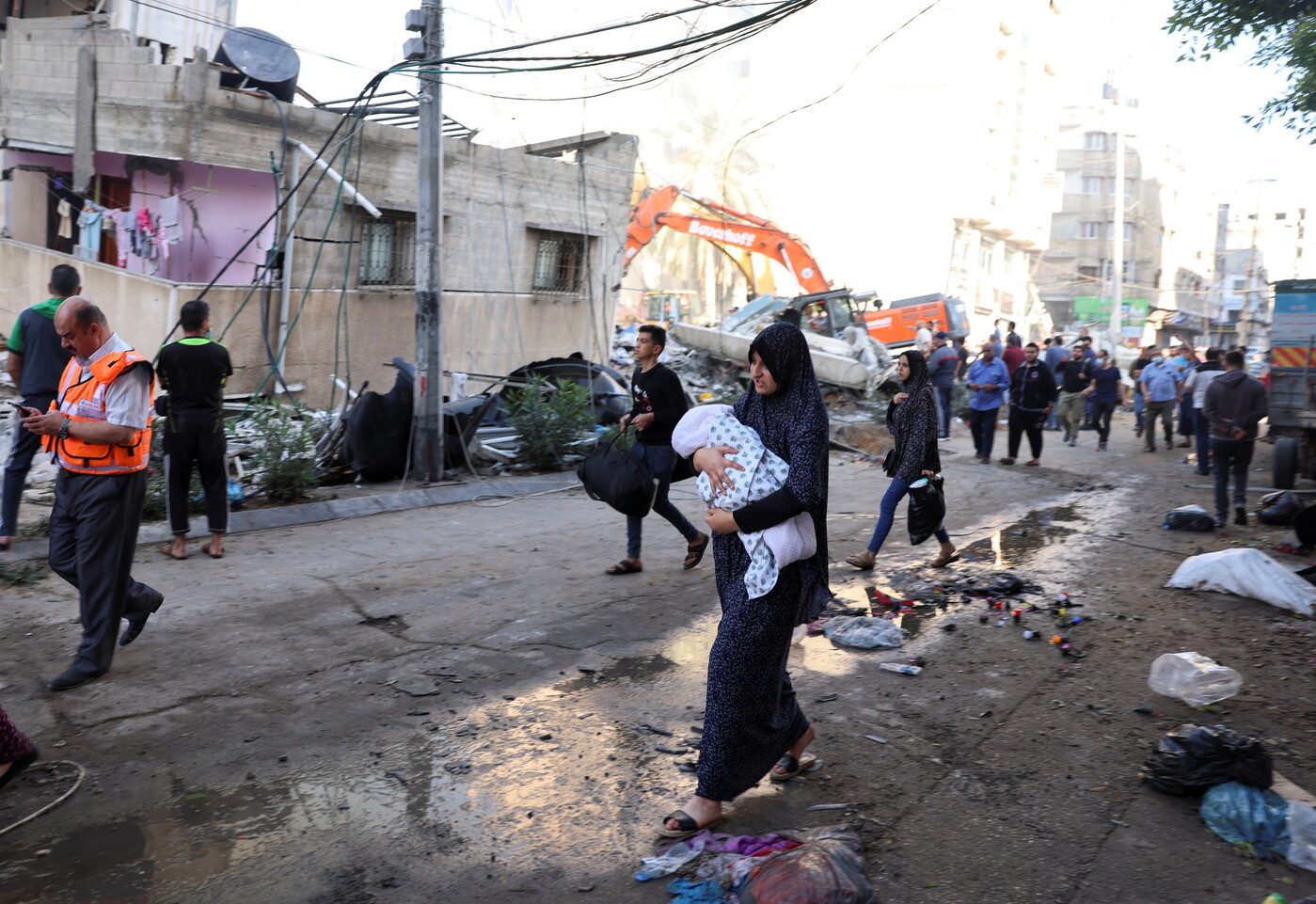 Bloody Sunday in Gaza, no ceasefire in sight

All day Sunday, May 16, Palestinians searched for bodies in the rubble in Gaza. Scenes that recall so many others in this region of the world. Only rare anti-Covid masks and smartphones pointed at the tired faces of rescuers indicate that we are in 2021.

→ THE FACTS. Israel hits home of Hamas leader in Gaza

Since the early hours of the day, 40 Palestinians, including at least eight children, have been killed, according to local authorities in Israeli bombing raids on Gaza, on the 7th day of a one-man conflict. “Never seen intensity”, according to the Red Cross (ICRC).

The day before, it is a 13-story building housing the teams of the Qatari news channel Al-Jazeera and the American news agency Associated Press (AP) which was pulverized by Israeli strikes. According to IDF spokesman Jonathan Conricus, “ the building contained an information unit and a research and development unit. There was also a technological weapon, in operation in or on the building “.

→ ANALYSIS. Hamas claims to be the first defender of the Palestinian cause

It is indeed a Hamas strategy to implement this technique – but the American news agency Associated Press, asks to see evidence. “We narrowly avoided terrible loss of life. About ten journalists and AP freelancers were in the building and luckily we were able to evacuate them in time ”, replied the CEO of the agency, Gary Pruitt.

All Hamas infrastructure is targeted by these bombings. “We let us completely destroy the network of Hamas tunnels… used as shelters by terrorists ”, Benjamin Netanyahu explained on Twitter on Sunday.

People hope for a quick end to the conflict

In both populations, however, we hope for a quick end to the conflict. We are still exchanging fire, and officially, we are not talking about a stop, neither on one side, nor on the other, but some sources evoke negotiations in progress, through Egyptian intermediaries, which could lead to on an upcoming ceasefire. Especially since international support for the Israeli operation is fading, according to diplomatic circles.

→ THE FACTS. Violence in the Middle East: Pope Francis calls for peace

Hamas has already indicated its desire to end it. The movement can boast of an important victory, symbolic over Israel, and political over its Palestinian rivals. In his speech on Saturday evening, on the occasion of the commemoration day of the Nakba, transmitted live from Qatar, the Hamas leader positioned himself as the leader of the Palestinians: “ resistance is the shortest route to Jerusalem, and Gaza is fighting this battle today. “

But the generals of the Hebrew state are not yet ready to end it, military sources say. ” Israel now wants to increase the intensity of its attacks, and their focus on bigger targets », Analyzes Omer Dostri, researcher at the Jerusalem Institute of Security Studies. Among these targets, ” the leaders of Hamas and its strategic infrastructures like buildings and its tunnels, “the underground city” where Hamas is hiding “.

“ Israel’s goal is to weaken the power of Hamas for the long term, which has yet to be achieved », Continues Omer Dostri. As echoed by this prediction, a ram car attack targeting Israeli security forces left many injured in East Jerusalem on Sunday afternoon. “Four policemen were injured in a ram car attack” in the Sheikh Jarrah neighborhood, Israeli police said, as local rescuers reported a total of seven injured.

“The carnage continued today. This insane cycle of bloodshed, terror and destruction must end immediately ”, asked Antonio Guterres, Secretary General of the UN. But everything indicates that it will be necessary to wait a few more days for it to be heard. The human toll, after seven days of conflict, is already very heavy. There are at least 188 dead, including 55 children, and 1,230 injured in Gaza. Ten people have died in Israel, including nine civilians and two children.