Bruce Springsteen: 5 things to know about his new album “Letter To You” 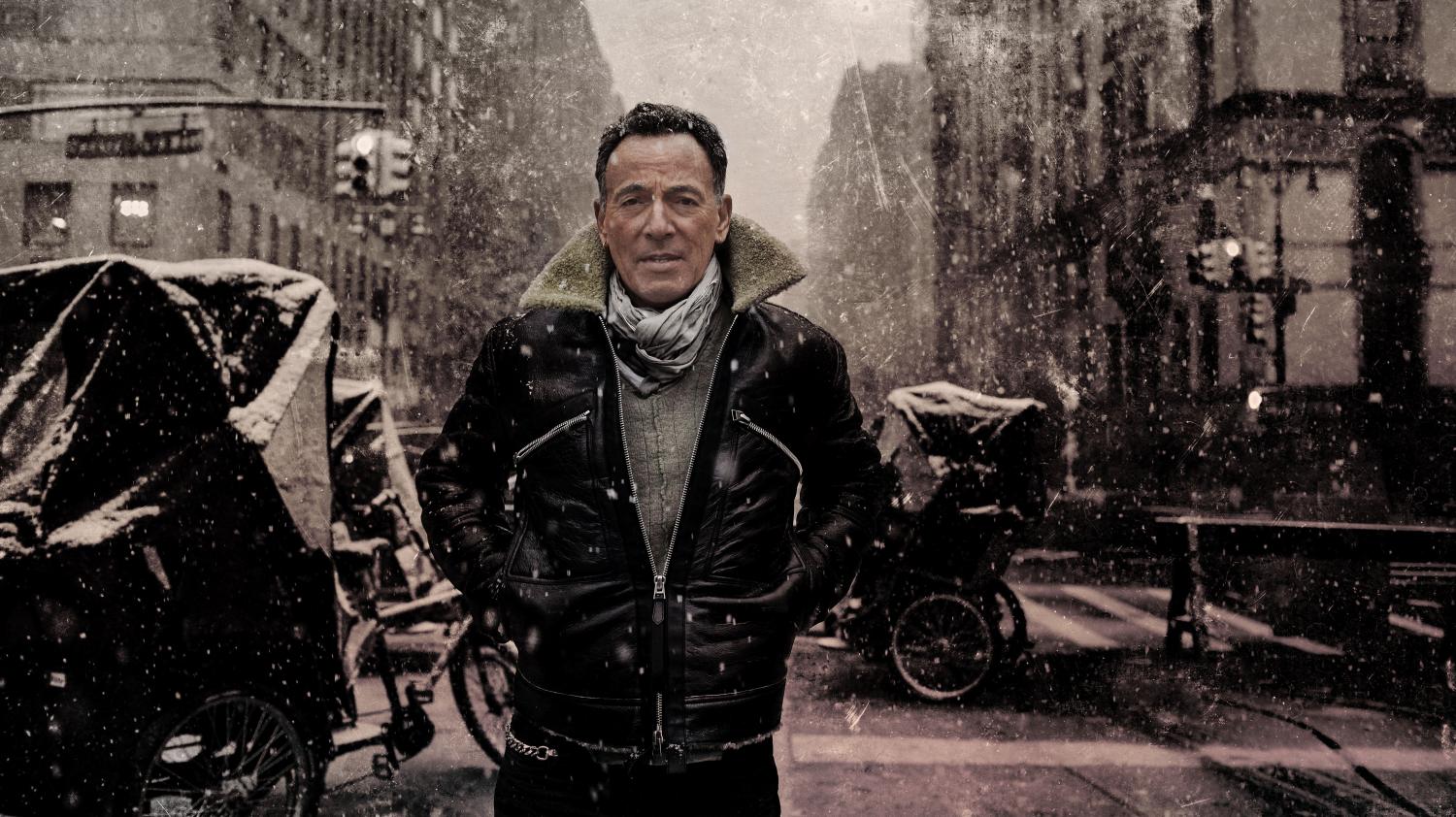 Bruce Springsteen: 5 things to know about his new album “Letter To You”

For his 20th album, the Boss reconnects with his loyal musicians from the E Street Band, whose energy has not changed in any way, and looks backwards: his young years, his first groups, the void left by his deceased relatives. . “Letter To You”, one of his most autobiographical albums, can be enjoyed as a new dive into his memories.

After an intimate Broadway residency, an autobiography and a solo album, Bruce Springsteen reconnects with his loyal gang of the E Street Band for Letter To You. On this 20th album recorded in studio in live condition, the Boss, who celebrated his 71th birthday last month, extends the confidences, remembers his young years as a musician, and regrets his old friends who have passed away. Unable to play these songs in concert in the coming months due to pandemic, he accompanies this disc with a new documentary filmed during the recording last fall in his studio in New Jersey. Review of details.

1An album haunted by death and the ghosts of the past

“Letter to You is a reflection and meditation on the passage of time, the loss of friends and how it affects you as you age. And at the same time, it is a celebration of the fact that the group continues and that we carry the spirit of the absent with us.“, summarized Bruce Springsteen Monday, October 19 at the microphone of Zane Lowe on Apple Music. The Boss, who turned 71 in September, now has an acute awareness of his own finitude. The successive disappearances of several of his close collaborators in recent years years, in particular his organist Danny Federici (2008) and his great saxophonist friend Clarence Clemons (2011), have contributed to nourishing this theme which runs through the entire album.

But it was the death in 2018 of George Theiss, co-founder of one of his first groups The Castiles, who died of cancer, which began writing the record, Bruce Springsteen realizing that he was now the only one. survivor of his youth group. He remembers their debut in Ghosts and in Last Man Standing, with a luxury of pictorial details. But it also addresses on One minute You’re Here, which opens the album, and I’ll See You in My Dreams, which closes it, the life which can let go of us at any time and the way in which our dear departed continue to walk by our side even six feet underground.

“The dead never really leave us“Says the Boss to Apple Music.”They visit me in dreams several times a year. I see Clarence (Clemons), this fellow who has been on the road with me for twenty-five years. I see Danny (Federici) too. They appear absurdly in the midst of strange stories. But they are there and it is beautiful to see them like this again.”

A few days before a high-risk American presidential election, the combative Bruce Springsteen, known for his firmly anti-Trump positions, has decided to skip his turn this time: we will look in vain for a political scathing on this album. Just can we see an allusion to the current tenant of the White House in the sentence “the criminal clown who stole the throne“on the beautiful song House of a Thousand Guitars, one of the centerpieces of this record.

2An album written and recorded in record time

“I spent about seven years without writing anything for the E-Street Band (…) And then, a month ago, I wrote roughly enough to make a band album (…) It came almost out of nowhere“Bruce Springsteen said in May 2019. This is indeed his first album with the E Street Band since High Hopes in 2014 and the first time he played with his band since the tour The River Tour in 2016.

The album was born when Springsteen grabbed, in April 2019, the acoustic guitar given to him several months earlier by an Italian fan, he recalls in Rolling Stone (in English). Without warning, “all the songs on the album came out in ten days “, he says. He quickly recorded them on his iPhone, deliberately skipped the demo box, and had the band play them directly in the studio in the fall of 2019.

“I love the sound of the E Street Band completely live in the studio, in a way we’ve never tried before, and without overdubs.“, specified the Boss last September by announcing the release of this 20th album. Born in the USA (1984) was recorded with the E Street Band under live conditions as well. But Letter To You is even more raw, urgent, powerful, with its guitar wall and organ deluge.

“It’s the E Street Band completely live“, assured Monday Springsteen at the microphone of Zane Lowe on Apple Music.”It was a great experience and proof that the band is good and how much it has improved over time, both in the studio and outside.. ” We had played live in the studio before, but never kept everything like that, without re-recording vocals or adding anything.

The album was also recorded in record time: in just five days. “We did a song every three hours“, recalls guitarist Steve Van Zandt in Rolling Stone.”Basically, we did the album in four days. As we had reserved five days, the fifth day we just listened to it “.

3An album with three unreleased records from the 70s rearranged

Letter To You contains nine songs written recently but also new recordings of three of his compositions from the beginning of the 70s known to fans in bootleg (pirate) format but remained more or less unpublished: Janey Needs A Shooter, If I Was The Priest and Song for Orphans. It was while digging through his archives last year for a new set of rarities on the model of Tracks appeared in 1998 that the Boss stumbled upon these nuggets.

Even rearranged and recorded recently by the E Street Band, these three tracks remain imbued with their time, under a strong Bob Dylan influence (and even more than on the more bluesy versions that can be found here and there on the internet). In particular, phrasing and harmonica included, on the jewel If I Was The Priest, which Springsteen played during his very first auditions to be signed and which was nevertheless left out of his debut album Greetings From Asbury Park NJ published in January 1973.

“There is no particular message in including these songs.Springsteen says in Rolling Stone. He just wanted, he said, to hear the band play them now, “go back and sing in an adult voice some ideas from our youth… It’s kind of a fun frenzy because the lyrics of these songs are so crazy“.

Conversely, probably for the sake of consistency, Springsteen sometimes asked the group to ring “more E Street Band“for songs written recently.”I wanted to revisit this sound with my current compositions“, he underlines in Rolling Stone.”I think audiences always want two things: they want to feel on familiar ground and they want to be surprised.“Bingo!

4An album cut out for the live, even if …

In the studio a year ago, the members of the E Street Band all drank on the upcoming tour, Rolling Stone reports. Especially since “the group is at its best at the momentAccording to Springsteen. These days the troupe should in principle have been actively preparing for a new world tour. It was scheduled for spring 2021. With the Covid-19 pandemic, it is, like so many others, fell into the water.

“These are great songs to play live. It is very painful not to be able to go and play them in concert, because it will be amazing on stage“, regrets the Boss on Apple Music.

“Now my antennas tell me, at best, 2022. And I will consider the concert industry lucky if it happens then.“, he prophesies in Rolling Stone.”When you turn 70 you have a set number of tours and years ahead of you“, so “I will feel lucky if I only lose a year of my life on tour“.

5An album accompanied by a documentary

For lack of tour, admirers will be entitled, as for the previous solo album of the Boss, to a documentary. Baptized too Letter to you, this movie will be available on Apple TV on October 23, the day the album is released.

Directed by Thom Zimny, already in charge of the docs Springsteen on Broadway and Western stars, this film documents the recording of the album with the E Street Band in their New Jersey home studio and contains full versions of 10 out of 12 songs.

“I started playing guitar because I was looking for someone to correspond with. And after all this time I still need to talk to you“, assures the Boss in the trailer of the doc, while addressing the spectators. But this film is also the occasion for him to pay homage to E Street Band, which counted so much in its course.

In his numerous voiceover comments, Bruce recounts the friendship that has bound him to his loyal musicians for decades. “I’m in the middle of a 45 year conversation with these men and women around me“, he says in the trailer.”Our years of playing together have created efficiency in the studio. Ideas burst into the room. Confusion often reigns. And then suddenly, dynamite!“.