Caesar 2021: what to remember from this 46th ceremony with very political accents 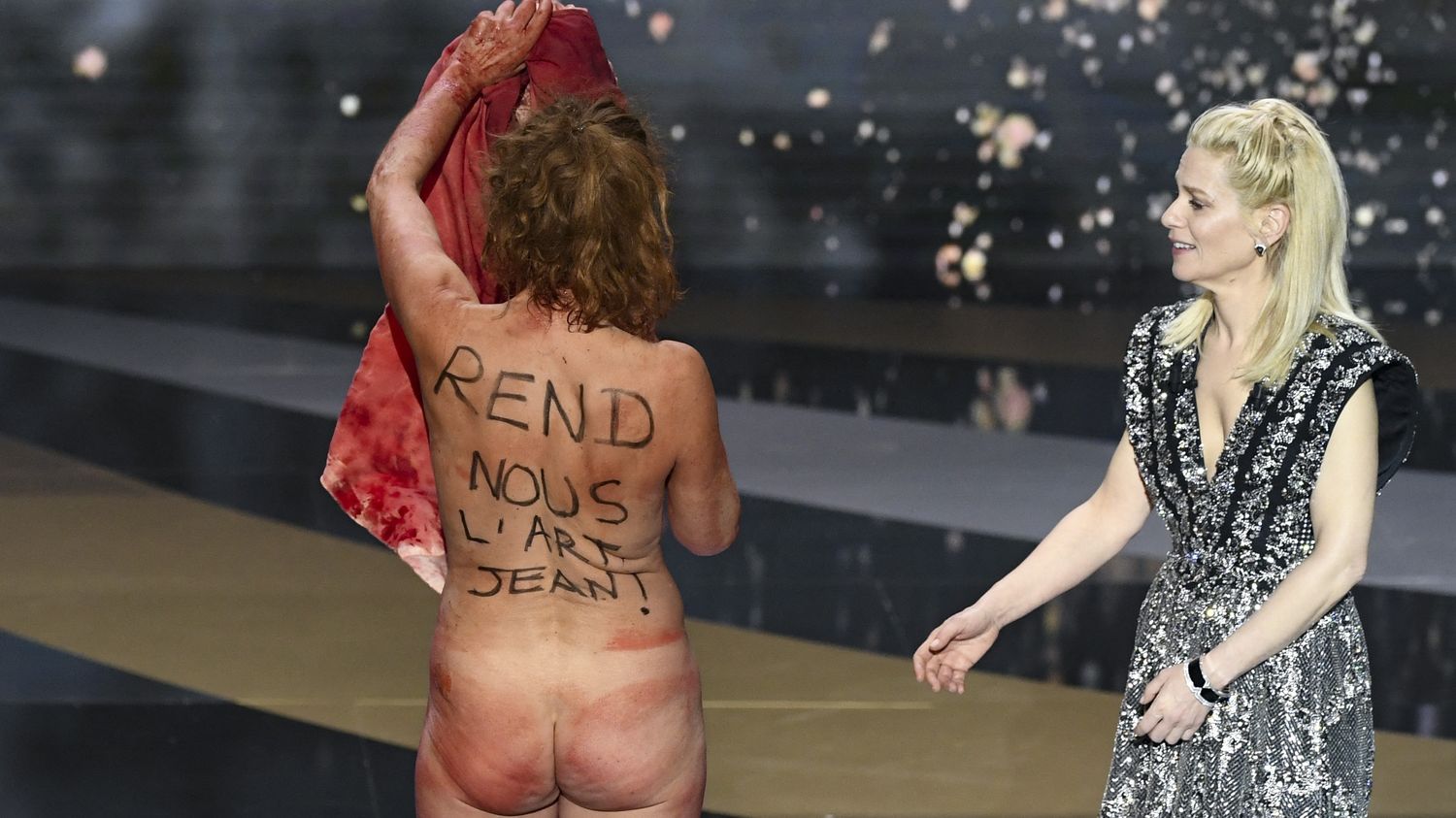 Caesar 2021: what to remember from this 46th ceremony with very political accents


The Caesars had promised to break with the past. They continued their moult, Friday March 12, on the occasion of their 46th ceremony which was held at the Olympia in Paris. This 2021 edition has also taken a very political turn, while in the midst of the Covid-19 epidemic, cinemas have remained closed for months, with no prospect of reopening. Here is what to remember from this lively evening.

The Minister of Culture constantly challenged

How many times has the Minister of Culture, Roselyne Bachelot, been apostrophized from the César stage by actors, directors or producers asking her to act to ensure them a future in the midst of a pandemic? Difficult to take the account, so many positions have been taken.

First there was the opening speech by the mistress of ceremonies, Marina Foïs, asking to find the audience in the dark rooms and launching: “I want to laugh with strangers. It misses to die. Even your popcorns, I miss it.” The host of Caesar also mocked the “pharmacist” stationed at the Ministry of Culture engaged in writing a “cooking book” with its “gorgonzola recipes” in the midst of a pandemic.

There were also the remitters, like Anny Duperey, launching in an allusion to the glories of French cinema which have disappeared in recent months: “Roselyne, we’re going to have to fight harder for us, before they all shoot each other.”

There was also Laure Calamy, César for best actress for her role as a hiker in love in Antoinette in the Cévennes by Caroline Vignal. “Let us quench our thirst for meaning or nonsense, let us exile ourselves into our imaginations, hear what makes us human beings”, she declared when receiving her Caesar, in reference to the closure of cultural venues.

There was especially the actress Corinne Masiero, entered on stage with a bloody costume of Donkey skin and baring herself, in a representation of the nudity of the culture abandoned by the government. On his chest, the slogan: “No culture, no future”. On his back, the inscription “Give us back the art Jean!” this time addressed Prime Minister Jean Castex. “Now we’re like that, all naked”, concludes the actress, defending the intermittent, weakened by months of inactivity due to the closure of cultural places.

On her arrival, the Minister had tried to pass “a message of hope”. “We are in the process of building the conditions for reopening cinemas with the industry”, had assured Roselyne Bachelot at the microphone of Canal +.

In 2020, the Caesars were accused of cultivating their interpersonal skills and lacking diversity. The 2021 edition opened with the caesarization of two black actors as best prospects: Jean-Pascal Zadi and Fathia Youssouf.

By receiving his prize for Simply black, Jean-Pascal Zadi transformed the stage of the Olympia into a tribune. “Each generation must find its mission, accomplish it or betray it,” said the actor-director, quoting essayist Frantz Fanon.

“My mission is the mission of equality”, he added, pointing out that his film was about “above all of humanity”, and thanking black or diverse actors and filmmakers who have “opened the breach” before him, from Omar Sy to Ladj Ly. Jean-Pascal Zadi wondered about this “humanity”, by evoking among others Adama Traoré, who died in 2016 after his arrest by the gendarmes, but Michel Zecler, the rap producer, victim of police violence in November 2020.

As for Fathia Youssouf, rewarded at only 14 years old for her role in Cute by Maïmouna Doucouré, she became one of the youngest winners of French cinema awards. “I would like to tell everyone my age who wants to make movies or who have a passion to follow their dreams, because that is the most important”, said the one who accidentally responded to a casting on Facebook and who is now on the list of the 20 best actresses in 2020 according to the New York Times.

The triumph of “Goodbye idiots”

Albert Dupontel was the big absentee, but also the big winner of this 46th ceremony. His film Goodbye idiots won seven Césars, including the two most prestigious: those for best film and best director – this last trophy had already gone to the director in 2018 for Goodbye up there. The comedy, which saw its indoor career broken by the second confinement after having gathered 700,000 spectators in one week, also had the honors of the new César of high school students.

With twelve nominations, Goodbye idiots was one of the three big favorites of this 46th edition. As the ceremony progressed, Albert Dupontel’s film eclipsed the competition. The things that said, the things that did by Emmanuel Mouret, selected in thirteen categories, only left with the César for best supporting role for Emilie Dequenne. As for François Ozon, eternal cursed Caesar, who totaled twelve nominations for Summer 85, he leaves empty-handed.