Champions League: Chelsea dominate Manchester City and climb on the roof of Europe (0-1) 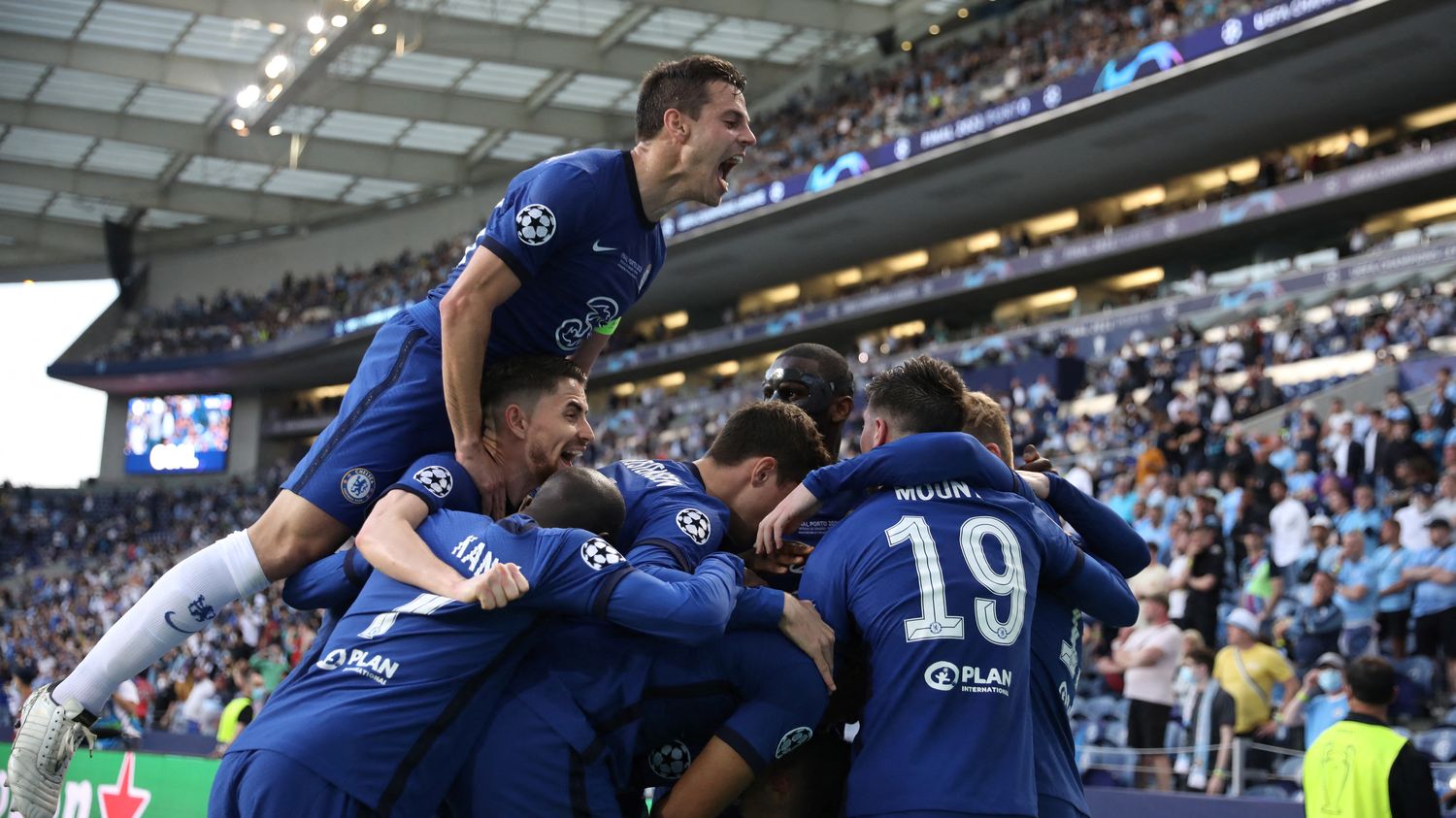 Champions League: Chelsea dominate Manchester City and climb on the roof of Europe (0-1)

In England, the boss is Manchester City. But in Europe, it’s Chelsea. Thanks to a goal from Kai Havertz at the end of the first period, the Blues won the final of the Champions League, Saturday, May 29, in Porto (1-0), against the Citizens, thus shaking up the hierarchy established in the Premier League this season.

Dominators, Thomas Tuchel’s men have never really trembled against the champions of England, overwhelmed by the ardor and intensity of the Blues. Chelsea thus won their second Champions League after that of 2012.

In big matches the big men. This is in any case what affirms one of the many clichés of the round ball. A cliché to which this final of the 2020-2021 Champions League came to twist. Because rather than an advent, we had the right to a symbolic resurrection: that of Kai Havertz. Recruited at a gold price last summer by Chelsea, the 21-year-old German striker has long symbolized the mistakes of the Blues by his ineffectiveness.

But that was before Thomas Tuchel arrived on the bench a few months ago. Since then, the former PSG coach has transformed Chelsea, in particular thanks to the verticality of his game. And it is precisely on a three-pass action, part of the Chelsea area, that Havertz found himself alone against to Ederson before eliminating him with a hook and then pushing the ball into the empty goal (1-0, 43rd).

This first goal in Havertz’s C1 was also the first of this final, just before the break. Beyond the ideal timing, it was especially a fair reward for him and for the Blues who dominated the head and shoulders the first act against the extinct Citizens, perhaps disturbed by the tactical surprise concocted by Pep Guardiola , namely the repositioning of Gündogan as a sentinel.

1 – Kai Havertz (Chelsea) is the 1st player to score in the Champions League final since Ilkay Gündogan in 2013 (with Dortmund v Bayern) and the 1st to open his goals counter in the competition in a final since … Gündogan in 2013 as well. Mirror. #UCLFinal pic.twitter.com/LFFEp4Ltoc

Anyway, it was Chelsea who took charge of this final. And if Werner had been a little more precise (9th, 13th, 14th), or if Kanté was a few centimeters taller (16th), the Blues would have turned in the lead earlier in a first period only tarnished by the exit in tears by Thiago Silva. Opposite, City were completely off their studs.

Certainly jostled by Pep Guardiola at the break, the English champions returned with other intentions on the lawn. Problem: they quickly lost their conductor.

After a head to head shock against Rüdiger, in the middle of the race, Kevin De Bruyne left his team after long minutes on the ground. Stunned and in tears, the Belgian maestro undoubtedly understood that his exit was going to tip the evening in the wrong direction. Because without their master to play, the Citizens were unable to worry about the solid defense of Chelsea. Especially since the rare exploited flaws have been tirelessly sealed by the defenders of the Blues, like Azpilicueta on a center of Mahrez or against Jesus.

Calm and serene, Chelsea patiently withstood the onslaught of Mancunians, contenting themselves with responding with lightning bolts, like the one concluded by Pulisic with a strike just off (72nd). In this end of the match on which hovered a scent of chaos, Thomas Tuchel and his players were carried by the songs of a few thousand of their supporters (out of 14,500 spectators present for this final). In the stands as on the pitch, the domination was total for Chelsea. Exhausted, the Citizens gave their all, multiplied the mistakes and inaccuracies.

And it was played a few centimeters for Riyad Mahrez, in the very last seconds … But after having dismissed the two clubs of Madrid and Porto, Chelsea added Manchester City to their list and climbed on the roof of Europe, 9 years after his first coronation in the Champions League. At the time, already, it was a coach appointed during the season who had brought Chelsea to the top.