Clashes in Washington: Republicans must tell Donald Trump “it’s too dangerous for democracy,” says US expert 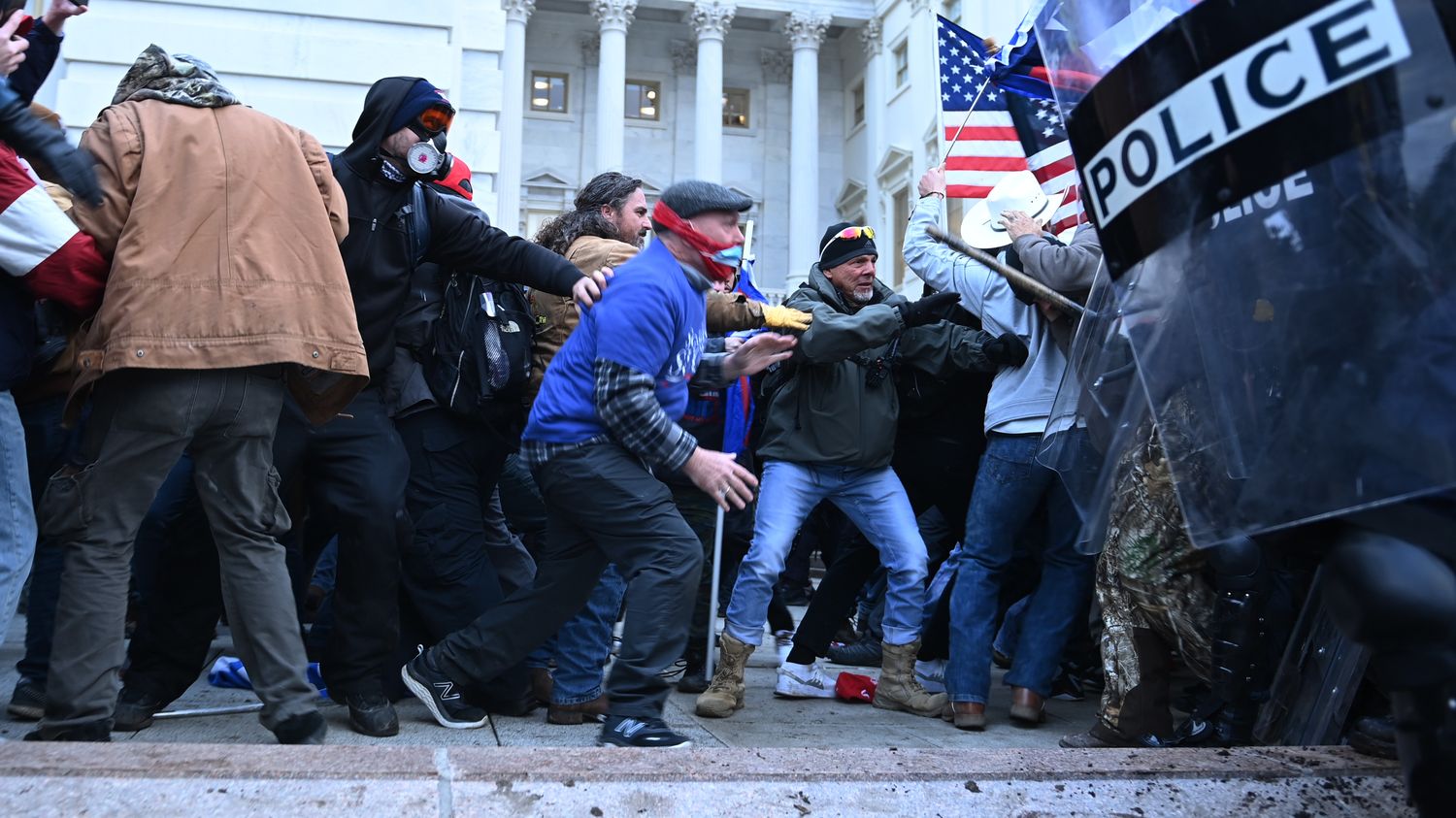 Clashes in Washington: Republicans must tell Donald Trump “it’s too dangerous for democracy,” says US expert

“What is witnessing is particularly serious”, reacted Wednesday, January 6 on franceinfo Jean-Christian Vinel, lecturer in history and civilization of the United States at the University of Paris-Diderot, while pro-Trump demonstrators invaded the Capitol in Washington. “We see strategies, literally insurrectionary, unfolding before our eyes.” For the historian, the time has come for Republicans to tell Donald Trump, “This has to stop. It’s really too dangerous for our democracy.”

franceinfo: How should we see what is happening in Washington and the attitude of Donald Trump?

Jean-Christian Vinel: It sows confusion. What is witnessing is particularly serious. We see a democracy which does not manage to do what should be quite easy, that is to say to take a step towards democratic alternation. Simply accept the transfer of power to whoever was elected since Biden’s election is beyond dispute. This is really what seems very serious to me today.

What are the consequences for the United States, democracy and for Donald Trump?

The consequences are difficult to measure. We must still insist on what is happening. The appeals against this election were initially of a legal nature and they all obviously failed. And we now see strategies, literally insurrectionary, unfolding before our eyes. The first consequence of what is happening is for the Republican Party.

“Is the Republican Party now ready to demand that Donald Trump recognize his defeat and give his rightful place to Joe Biden?”

For four years and more in recent weeks, Trump, the way he has damaged American democracy, perhaps not enough has been said that he was able to do it too because the Republican Party did not not really high against these worst excesses. And now the time has come for the main Republican leaders to tell Donald Trump,“now all this has to stop. It’s really too dangerous for our democracy “.

Isn’t it a bit late to wake up?

Yes, it’s a bit late. For four years, Republicans have seen Donald Trump as a political opportunity, to pass laws they have long wanted to pass, to appoint extremely conservative judges to the Supreme Court.

“The Republicans turned a blind eye to these rhetorical excesses, in particular, to these populist excesses, to the dangers it posed for democracy.”

Today, we nevertheless saw Donald Trump give a long speech in Washington, repeat that the election had been stolen from him, repeated to his supporters that he should not be let go, that he should not concede their a defeat that was not. Donald Trump has been seen sending Tweets again after Vice President Mike Pence refused to oppose the certification of voters. And there, indeed, we arrive at the moment when the leaders of the Republican Party must really cut certain links with Donald Trump. The question we can ask ourselves is: does this mark a break in their relationship with Trump? Can we hope that this would be the end of the Trump era in Washington?

What did you think of President-elect Joe Biden’s speech at the time of the incidents on Capitol Hill?

It is truly a speech by a head of state which aimed to recall the ideals of American democracy. He even spoke of the majesty of American democracy, insisting that the events unfolding are not representative of what it is and what it should be. The symbolism he mobilized is quite heavy. He referred to Lincoln, a fairly famous speech from 1862, in the midst of the Civil War, when Lincoln said America was the best hope on Earth. And as Southern flags are waved from inside the Capitol itself by these Trumpist protesters, listen to Joe Biden refer to a Lincoln speech, at such a crucial time in American history, as difficult as the Civil War. , is still something quite striking. And we have also seen him asked Trump to take a stand. And we know that the National Guard is going to be mobilized. It seems that the advisers must have put a lot of pressure on Trump to agree to send the National Guard.