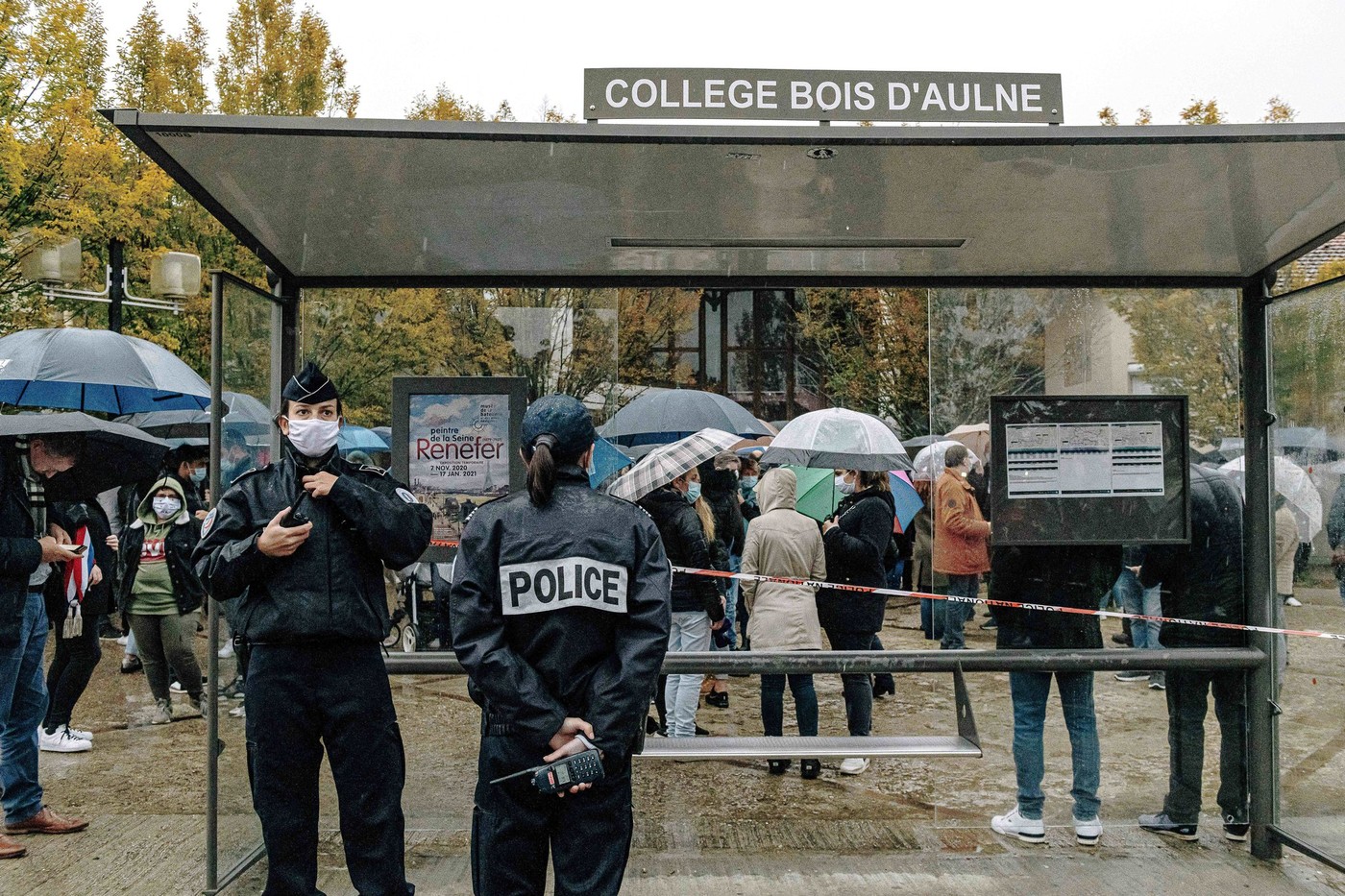 ► Why were two college students indicted?

Two students from the Bois-d’Aulne college in Conflans-Sainte-Honorine (Yvelines), aged 14 and 15, were indicted by an anti-terrorism judge for “Complicity in terrorist assassination”, Wednesday October 21, five days after the death of teacher Samuel Paty. They are suspected of having named the victim to the killer. Teacher identification “Was only made possible thanks to the intervention of college students”, according to Jean-François Ricard, national anti-terrorism prosecutor.

The two teenagers were released and placed under judicial supervision, while the prosecution had requested their detention. Five other people were indicted in the same case: one for “Terrorist association of criminals with a view to committing crimes against persons” and four for “Complicity in terrorist assassination”, including the parent of student Brahim C. and the Islamist activist Abdelhakim Sefrioui, who had called on social networks to punish Samuel Paty.

► Have minors ever been indicted in terrorism cases?

This scenario remains rare. “Even more for people under 16”, specifies the former judge for children Jean-Pierre Rosenczveig. But this is not totally exceptional: 80 minors were brought before an examining magistrate for terrorist criminal association and 63 have been tried since 2012, according to the 2020 report of the national watch and information mission (MNVI) of the Judicial Protection of Youth. However, the MNVI underlines a downward trend in these deferrals: 27 in 2017, 6 in 2018 and 5 in 2019.

They are essentially attempts to leave for sectors formerly controlled by terrorist organizations in Iraq or Syria or plans for attacks mentioned on social networks, without taking action. “The minors prosecuted in the juvenile court have generally not committed offenses or crimes clearly identifiable for common law”, recalled the magistrate Thierry Baranger, the academic Laurent Bonelli and the educator Frédéric Pichaud, in an article published in 2017 in The Notebooks of justice. Others may have been prosecuted for “Apology for terrorism”.

► What are these college students at risk?

In this context, the business of these two college students remains very special. “In my opinion, the qualification of ‘complicity’ will not hold water after the investigation, analysis Jean-Pierre Rosenczveig. We wanted to hit hard for public opinion. But complicity implies having knowledge of the assassination project and having wanted to be associated with it. It seems to me to be rather recklessness. Maybe we are dealing with children who just wanted to be important. “

As for adults, the investigation will, in any case, be carried out by the anti-terrorist prosecution, and these two minors will have to follow obligations which are also protective measures. “At the very least, we can imagine that they will not be able to return to their college », Explains the magistrate. If they were ultimately to be tried, they would be referred to juvenile court.

The penalty incurred is twenty years’ imprisonment for minors under the age of 16 if the qualification of complicity is retained, due to “The excuse of minority”, while defendants over 18 years of age risk life imprisonment. “But alongside criminal responsibility, there is moral responsibility, adds Jean-Pierre Rosenczveig. There they can take it for twenty or thirty years. “