Containment does not harm health any more than Covid-19 itself, study finds 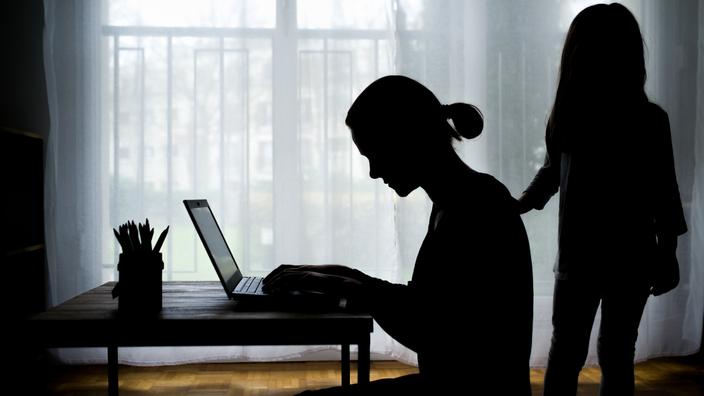 Containment does not harm health any more than Covid-19 itself, study finds

Several researchers have studied claims that government actions to curb the epidemic cause more damage to the health of individuals than the epidemic.

This is a question that has stirred minds during successive confinements, in France and abroad: and if these restrictive measures were ultimately more harmful to our well-being than the Covid-19 epidemic itself ? Several researchers have decided to take an interest in it. Their analysis was published Monday, July 19 in the British medical journal BMJ Global Health and was relayed in the Guardian . And according to their conclusions, the confinements do not have a negative impact on the health of individuals greater than that of Covid-19 itself.

Read also :Will the real cost of containment ever be known?

Scientists analyzed the impact of government restrictions on death rates, routine health services, global health programs, suicide and mental health. They were based on the global mortality database from all causes, grouping together 94 countries.

“No place in the data set experienced both excess mortality and lockdowns along with a low number of Covid-19 cases, which we would expect if lockdowns independently caused a large number of cases of Covid-19. short-term death“, Notes the study, which cites the example of New Zealand and Australia, which did not record excess mortality in 2020 despite significant restrictions against Covid-19. Brazil, Sweden and Russia, countries with few restrictions, have meanwhile recorded a large number of deaths throughout the pandemic.

The authors even believe that the lockdowns could have reduced mortality compared to previous years, by limiting the transmission of influenza or reducing road accidents.

On the other hand, “there is a clear link between the Covid-19 epidemics, government interventions and reductions in attendance to vital non-Covid health services“, Note the authors, who note however that this association can be linked to the lack of capacity of the health services or to the impacts of the pandemic itself. The public would have deliberately avoided going to health establishments for fear of being contaminated by the virus.

Read also :Will Covid-19 indirectly cause the death of more than 13,000 cancer patients?

If it exists “ample evidence that mental health has declined in the population since the start of the pandemic“, The number of deaths by suicide has not increased. The researchers point out that the pandemic and the deaths it has caused may also explain mental health problems. And, “where the suicide rate has increased, such as in Japan, it has not been associated with government action but with widespread unemployment that occurred long after the government lifted restrictions and encouraged individuals to resume a normal life“, Says the study. Yet, according to a study conducted by Diffusis France for Upfeel.io in March 2021, it was the restrictions on freedoms that, for 75% of respondents, had the greatest impact on their drop in morale.

The Covid-19 pandemic has also had consequences on global health programs. The funds and agents intended for the fight against HIV and tuberculosis could, for example, be redirected to the screening and treatment of Covid. But “it remains difficult to determine the relative contributions of the pandemic itself compared to the public health measures put in place to curb the Covid», We underline.

The authors of the study do not deny, however, that the lockdowns may have caused damage. According to them, “what is clear is that government interventions have had a strong impact on cases and deaths from Covid-19” and “the fact that there is no place in the world where lockdown without a large number of Covid-19 cases has been associated with high excess mortality shows quite convincingly that the interventions themselves cannot be worse than major Covid-19 epidemics, at least in the short term“.