Covid-19: gradual decline in hospitalizations in France on the eve of relief from confinement 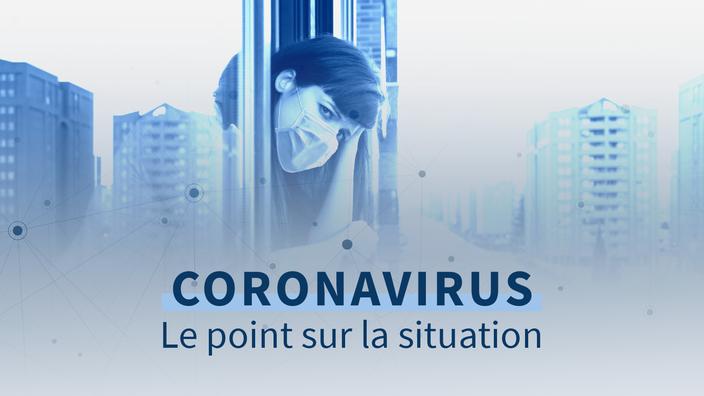 Covid-19: gradual decline in hospitalizations in France on the eve of relief from confinement

UPDATE ON THE SITUATION – France is preparing to begin the first stage of progressive deconfinement on Saturday. At the same time, health data on Covid-19 continues to improve.

First step of progressive deconfinement Saturday, November 28. Small businesses will be able to reopen and travel will be permitted within a radius of 20 km, for three hours. On the other hand, bars, restaurants and sports halls will keep their doors closed, at least until January 20.

Read also :Covid crisis: the French are not ready to make sacrifices and plead for bonuses

Health data on Covid-19 continues to improve, with a further decline in admissions to intensive care units, but the epidemic has still killed 340 people in hospital on Thursday, according to the latest figures from Public Health France. The number of deaths linked to the coronavirus has risen to 50,957 since the start of the epidemic in France, in hospitals and in nursing homes. 29,282 people carrying the virus were still hospitalized Thursday, against 29,944 the day before, and after a peak to more than 33,000 in mid-November. The intensive care units also had 4,006 patients on Thursday.

Read also :Covid-19: patients treated at home in close collaboration with the hospital

Since the beginning of November, the test positivity rate (proportion of the number of positive people compared to the total number of people tested) has continued to decline. It was 12.2% Thursday, against 13% Wednesday. “It’s getting better and at all levels“, Assured Thursday morning the Minister of Health Olivier Véran, insisting despite everything on the fact that”second wave was not over“.

Germany crossed the threshold of one million people who have tested positive for Covid-19 on Friday since the start of the pandemic, announced the Robert Koch health watch institute.

Germany has long been considered one of Europe’s top students in managing the epidemic. But the second wave falls there in such a way at the end of the year, with Friday morning 1,006,394 cases declared (+22,806 in 24 hours) and 15,586 deaths (+426), which the country will extend until the beginning of January. its restrictions, between closing bars and restaurants and limiting participants to private meetings.

“We still have to make efforts (…) the number of daily infections is still at a much too high levelChancellor Angela Merkel said on Wednesday evening after more than seven hours of discussions with the leaders of the 16 German regional states.

The United States for its part celebrated Thanksgiving Thursday in a contrasting atmosphere, before Black Friday scheduled for Friday. The famous giant balloon parade that usually brings millions of people to the streets of New York was held without an audience. It aired online, with much of the animation filmed in advance.

Americans, who have a habit of gathering as a family around a turkey on this holiday, have received two tolls. On the side of President-elect Joe Biden, it was “sacrifice»While avoiding moving. Outgoing President Donald Trump had encouraged on Wednesday “all Americans to come together, in their homes and places of worship“.

Faced with these contradictory injunctions, nearly seven million people have still flown in the United States over the last seven days, according to data from the TSA agency, in charge of security checks at airports, an increase of 22% compared to the previous week.

But the family reunion did not have the same flavor this year, in a country embroiled in the health crisis, which Thursday recorded 1333 additional deaths in 24 hours, for a total of more than 263,400, the worst toll in the world.

The United States could see the death toll rise to 321,000 by December 19, according to the latest projection from the Centers for Disease Prevention and Control (CDC).

Globally, more than 60 million cases of Covid-19 have been officially counted since the start of the pandemic, and nearly 1.4 million people have died from it.

After four weeks of containment, England will also reopen non-essential stores in early December and conduct a massive screening program, but the vast majority of residents will continue to live under severe restrictions.

Russia broke a new record for daily infections and deaths on Thursday, and South Korea on the same day reported the highest number of new cases since March. In Colombia, the justice has ordered the government to reimpose a negative test for the coronavirus in order to be able to enter the country. A decision hailed by the medical sector.

The whole world is waiting for the arrival of vaccines at the end of December or the beginning of January, with a clear acceleration of the delays in recent days.

Uncertainties remain. The vaccine developed by the British laboratory AstraZeneca and the University of Oxford requires “an additional study“Said the group’s general manager on Thursday after criticism of the results announced. The UK government said on Friday it had asked the Medicines Health Regulatory Authority (MHRA) to assess the vaccine.

While Emmanuel Macron announced Tuesday evening that the vaccine campaign in France could be launched as soon as “end of December beginning of January“, Prime Minister Jean Castex clarified Thursday morning that”strategy and organization»French«for the vaccineWould be presented next week by the government.

»See also – Covid-19: Jean Castex and Olivier Véran will give “concrete recommendations” before the holidays