Covid-19: in Le Havre, the “massive” screening will not follow 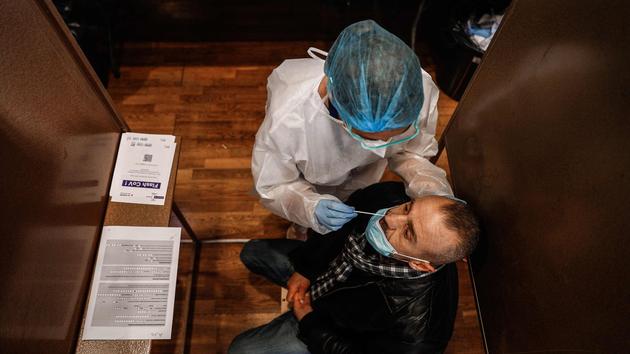 Covid-19: in Le Havre, the “massive” screening will not follow

At present, 25 pharmacies in the agglomeration carry out the tests, against 7 before.

The first “massive screening” operation carried out in France from December 14 to 19 in the greater Le Havre area is instructive, even if it is not as “massive” as hoped.

First element: the campaign which seemed to be treading on its beginnings was finally better followed by the inhabitants at the end. In six days, 11% of the population of Le Havre and the surrounding municipalities visited the 82 sites opened for the occasion. Perhaps the test campaign lacked publicity before its launch, but the operation seemed to have benefited from word of mouth to drive a few more people to come and be tested every day.

Read also :Covid: is France one of the countries in Europe that performs the most screening tests?

what are the results? Of the 30,780 tests performed (62% by antigenic tests and 38% by PCR), 350 came back positive. That is, a relatively high positivity rate of 1.13%. The researchers expected a rate of 0.2% instead, given estimates of the circulation of the virus locally. Of two things one: either the