Covid 19: in the Czech Republic, finally better after the worst 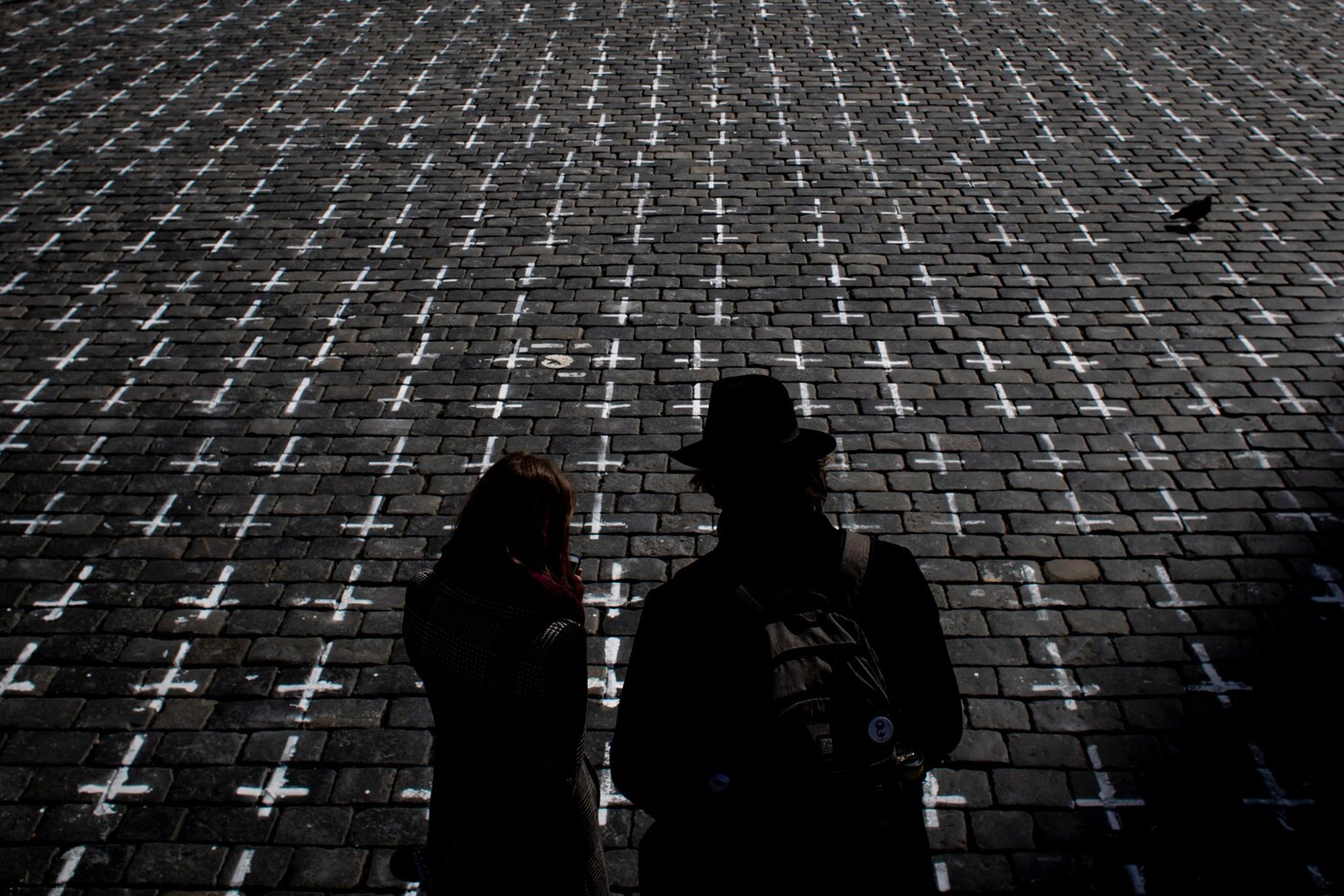 Covid 19: in the Czech Republic, finally better after the worst

On Monday March 22 at noon, a minute’s silence was observed and church bells rang throughout the Czech Republic. Before that, in the morning in Prague, on the Old Town Square, emptied of its thousands of tourists who usually gather to admire the astronomical clock, nearly 25,000 white crosses had been drawn, using spray paint, on the paving stones. “They symbolize all the deaths related to the coronavirus deplored in the space of a year, since the announcement of the first death in the country, on March 22, 2020”, explained Mayor Zdeněk Hřib, member of the Pirate Party.

Of this total, more than half has been identified since the beginning of this year. Even if the health situation has tended to improve since the strengthening of restrictive measures a few weeks ago, the Czech Republic still remains, in proportion to its population (10.7 million inhabitants), the country with the highest mortality. high in Europe (190 daily deaths on average since the beginning of March).

While three health ministers have succeeded each other in the space of a year, the government led by populist Andrej Babiš is heavily criticized for its chaotic handling of the crisis. The multiplication of small crosses on Monday in the historic heart of Prague was also used to “Highlight the extent of the fiasco”, according to Benjamin Roll, a theology student, head of One Million Moments for Democracy, an organization behind the protests that brought down to 250,000 Czechs in the streets two years ago at most strong protest against the Prime Minister. “Of course the pandemic has hit the whole world and no one was prepared for it, but here the government has long been showing its incompetence and bearing responsibility for the loss of thousands of lives that could have been avoided. “

Schools closed since Christmas, like most services and shops, compulsory regular screening even in small businesses, borders with Germany closed, freedom of movement limited to their municipality, wearing of an FFP2 mask compulsory, including for children outings in the open air, without forgetting a vaccination campaign which is slow as elsewhere in Europe, the Czechs are every day a little more weary of restrictions which “Will not be relaxed before the Easter holidays”, as announced by the Minister of the Interior. The Czechs are also less disciplined than a year ago when their country was regularly cited as an example for its exemplary management of the crisis.

The health system is reaching saturation point. “We are running out of air”, notes Eva Balíková, anesthesiologist at the hospital in Cheb, a small town in West Bohemia, near the border with Germany. “The problem, paradoxically, is that the government has made the occupation of hospitals its main indicator to assess the situation. Imagine the disaster that it could have been if we had had half the number of beds for serious cases… But thanks to the will of all the staff, hospitals have always been able to cope with the influx of new patients. “

→ MAINTENANCE. Vera Jourova: “We realize how much we miss human contact”

In February, when the hospital’s intensive care and resuscitation services were said to be saturated, it was in Cheb, that the visiting health minister assured that the Czech Republic did not need the help. offered by the neighboring Länder of Bavaria and Saxony for the care of several dozen patients. “We will get by on our own”, assured the minister. Developments now seem to prove him right, but many Czechs are wondering at what cost.