Covid-19: India exceeds 20 million cases, towards a return to normal for people vaccinated in Germany 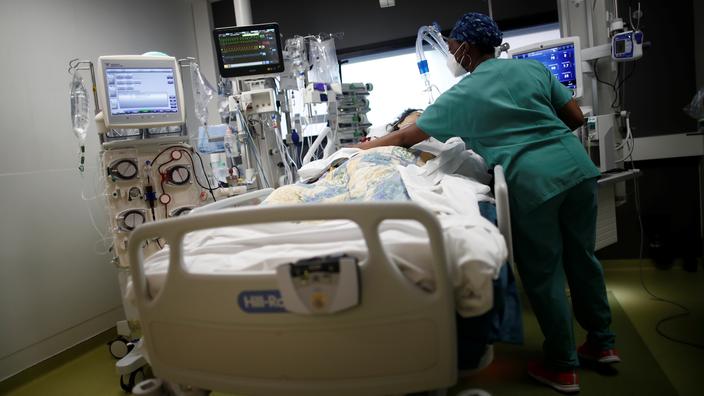 Covid-19: India exceeds 20 million cases, towards a return to normal for people vaccinated in Germany

UPDATE ON THE SITUATION – New measures, new reports and highlights: Le Figaro takes stock of the latest developments in the Covid-19 pandemic around the world.

Lack of oxygen, shortage of vaccines: India, but also Brazil and Ecuador are currently facing material deficiencies to stem the epidemic. India also continues to break contamination records, while in the United States, Pfizer-BioNTech’s vaccine will soon be available for children over 12 years of age.

The European Medicines Agency announced on Tuesday the launch of a procedure“Continuous review” of the vaccine from the Chinese laboratory Sinovac against Covid-19, which paves the way for a possible request for an upcoming authorization in the European Union. The decision of the EMA Committee for Medicinal Products for Human Use “To start the continuous review is based on preliminary results of laboratory studies (non-clinical data) and clinical studies”, explains in a press release the European regulator based in Amsterdam.

The vaccine from Chinese laboratory Sinovac uses the classic technique of inactivated virus which helps the vaccinated person to produce antibodies against the virus. “These studies suggest that the vaccine triggers the production of antibodies that target Sars-CoV-2, the virus that causes Covid-19, and could help protect against the disease», Adds the EMA. The European agency will continue its procedure until it has sufficient information for the laboratory to be able to submit a formal application for marketing authorization.

The pandemic continues to wreak havoc in the country with saturated hospitals. In the past 24 hours, India has identified 357,229 new infections, bringing the total to 20.3 million, according to the Ministry of Health. Deaths increased by 3,449 to reach 222,408 in total. Many experts believe, however, that the actual number is much higher.

Read also :Do Indians die less from Covid-19 than the French?

The country of 1.3 billion inhabitants, hit by a second wave of great virulence, has identified eight million new infections since the end of March. Hospitals are running out of oxygen, medicine and beds, despite the influx of international aid in recent days.

Anger is mounting in Australia: thousands of Australians are stranded in India, since Canberra has banned entry into its territory from India in the face of the surge in Covid-19 cases, including for its nationals.

Australia had warned its fellow citizens on Saturday returning from India via stop-over flights that they risked five years in prison, before finally backpedaling on the threat of imprisonment.

Germany will initiate a return to normal for people vaccinated against Covid, with the lifting of restrictions such as nighttime curfews or restrictions on private meetings. Angela Merkel’s government on Tuesday adopted an order relaxing for people who have received two doses of the vaccine the many bans in force for several months.

Parliament still has to vote Thursday and Friday on this text. If adopted, these relaxations could come into force as early as this weekend for more than 7 million people. The people concerned will not have “No longer need a negative test if they want to go shopping, go to the hairdresser or visit a botanical garden, for example”, detailed the Minister of Justice, Christine Lambrecht.

Six cases of the Indian variant of Covid-19 have been detected in total in New Aquitaine, three new cases, contacts of a precedent in Bordeaux, having been proven after sequencing in recent days, announced Tuesday the Regional Health Agency.

Read also :Covid-19: after sequencing, six cases in total of the Indian variant in New Aquitaine

Last Friday, the ARS revealed the detection of three cases of the Indian variant in the region – a couple in Lot-et-Garonne in the area of ​​Villeneuve-sur-Lot, a man in Bordeaux-, who were then among the first case in mainland France, with two cases in Bouches-du-Rhône, and after two cases in Guadeloupe.

The right to a “private and family life“Was more hampered during the health crisis for nursing home residents than for the rest of the population, denounced Tuesday the Defender of Rights in her report. Referrals and testimonies have increased in recent months due to the pandemic linked to Covid-19, denouncing in particular “an increase, on the part of the management of establishments, of violations of the residents’ freedom to come and go as well as of their right to maintain family links“, Is it indicated in the report which formulates about sixty recommendations to guarantee their”freedom“.

Read also :Claire Hédon on nursing homes: “We are worried to see that these obstacles persist”

The second most affected country in the world after the United States with more than 408,000 dead, Brazil has to deal with delays in vaccine deliveries. In seven cities, including Porto Alegre (south), injections of the second dose of the Chinese CoronaVac serum were suspended for lack of available doses.

Used to treat patients with Covid-19, oxygen is becoming the precious commodity countries are snatching up. Ecuador has chosen to cap its price. “It makes sense that we prioritize the needs of our Ecuadorian compatriots, as this is a fundamental element in saving lives.Said the president of the National Emergency Operations Committee, Juan Zapata.

Two patients died Tuesday morning in the fire of a service dedicated to the treatment of Covid-19 in a hospital in northern South Africa, local health authorities said. The fire started at Modimolle Hospital, located 170 km north of Johannesburg, in rural Limpopo province.

“Two patients died in a fire which broke out in the department dedicated to the treatment of Covid” within this hospital, local health authorities said in a statement. “Nurses from the hospital managed to put out the fire and rescue the patients who were in the ward, but unfortunately two of them were already dead”, according to these sources. The fire could have been caused by a patient who smoked a cigarette, according to immediate unconfirmed information.

In the United States, the governor of Florida, Ron DeSantis, announced the lifting of all restrictions related to the pandemic in his state, highlighting the effectiveness of the vaccine campaign.

The time has also come for relaxation in New York, which was the epicenter of the epidemic in the United States in the spring of 2020: its governor, Andrew Cuomo, notably announced on Monday the imminent resumption of the opening of the new subway. -Yorkis 24 hours a day. From May 19, the gauges in restaurants, cinemas, shops and museums will also be revised upwards.

” SEE AS ​​WELL – Covid-19: Biden praises ‘extraordinary’ progress in US

UEFA on Tuesday authorized the teams playing the next football Euro (June 11-July 11) to summon 26 players instead of the usual 23, to face the risks of Covid-19 contamination and quarantine during the competition.