Covid-19: is the end of wearing a mask in places subject to the health pass really reasonable? 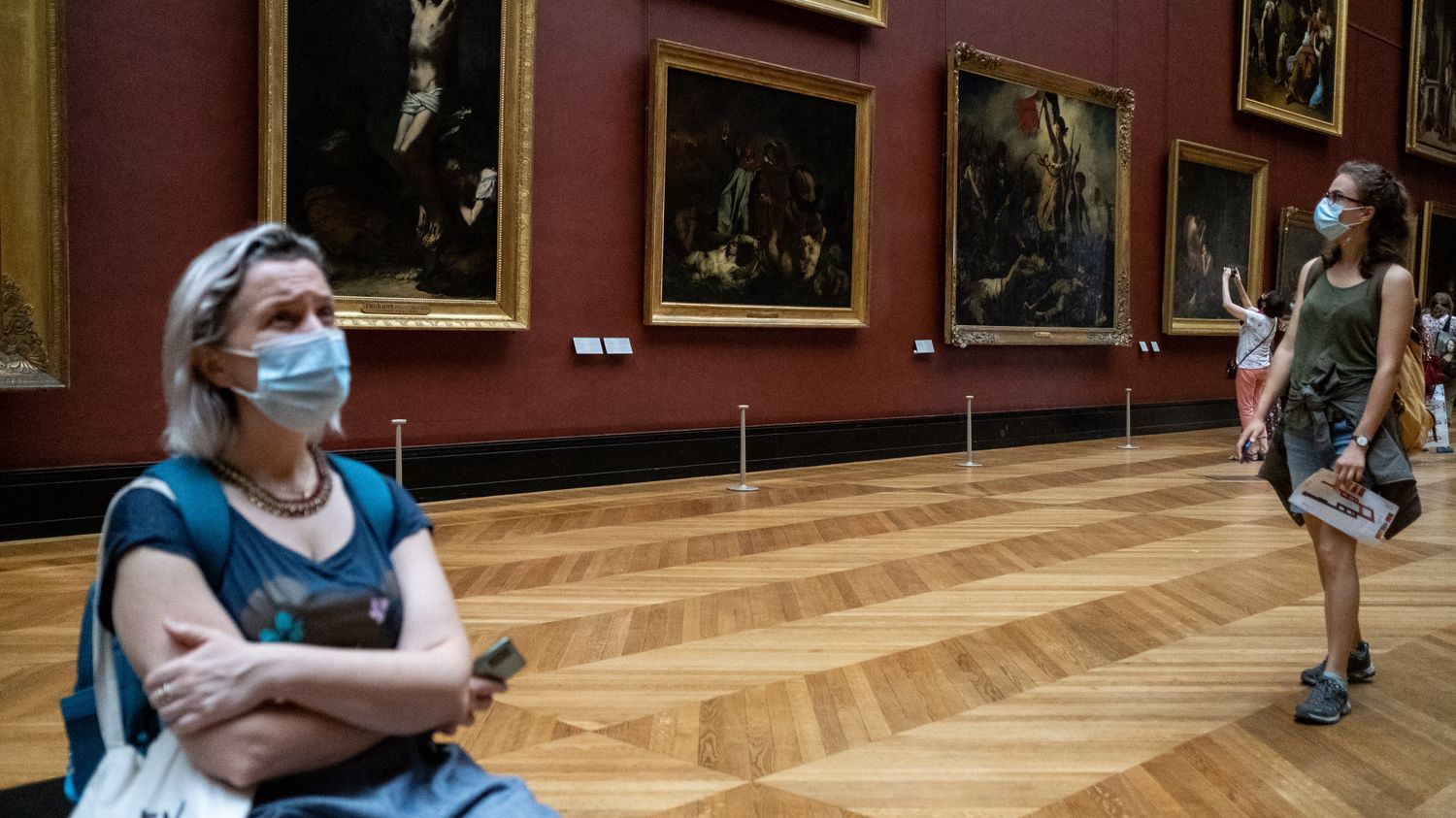 Covid-19: is the end of wearing a mask in places subject to the health pass really reasonable?

Cinemas, museums, sports establishments … Wearing a mask will no longer be compulsory for the public in places where entry is subject to presentation of a health pass. This was announced on Tuesday, July 20, the government, a few hours before the examination by the National Assembly of the bill relating to the management of the health crisis. This announcement may seem surprising when the fourth wave is here, due to the extreme contagiousness of the Delta variant. Above all, certain municipalities or departments, such as the Pyrénées-Orientales, are reimposing the wearing of a mask outdoors. So what do scientists think of this measure?

“Where there is the health pass” attesting to immunity against Covid-19, people “will be able to remove the mask”, Olivier Véran said Tuesday on RTL. According to the Minister of Health, the mask is no longer required because the health pass involves “that we can be sure that all the people who return are completely vaccinated or have a very recent test which is negative”.

“The end of the mask requirement for the public in these places will gradually improve the daily life of the French.”

However, the prefect but also the operator of the place subject to the health pass may re-impose the wearing of a mask. This document will be required in places of culture (cinemas, museums, theaters, etc.) which welcome more than 50 people from Wednesday, then in restaurants, cafes, shopping centers and certain transport from the beginning of August. Unlike the public who access them, the employees who work in these places will have to keep the mask for the moment, specified the Ministry of Labor.

“We should have a belt and suspenders to try to fight this epidemic, and not take away some measures when we put others in place.”

Under the effect of the Delta variant, which is more contagious, the pandemic is returning to France, to such an extent that the executive is now talking about a fourth wave. Nationally, the daily average of new cases over the last seven days is over 8,000, compared to just 1,850 at the end of June. In the last 24 hours, an increase of 18,000 cases of new contamination has even been reported, according to Olivier Véran. “We have never known this”, alarmed the minister in committee in the Assembly.

Dominique Costagliola is not the only scientist to be worried. “That raises a lot of questions”, assures franceinfo Samuel Alizon, evolutionary biologist and research director at CNRS. The latter begins by recalling that the health pass comes in three possible forms: a vaccination certificate, a PCR test of less than 48 hours or a certificate of recovery from Covid-19 of less than six months thus proving that you have antibodies. against disease. Regarding PCR tests, “there are false negatives”, notes Jérôme Marty, doctor general practitioner from Haute-Garonne and president of the French Union for Free Medicine (UFML).

“You cannot rule out bringing an infected person into these places who will infect others.”

The president of the UFML adds: “I agree not to wear the mask with 100% vaccinated. But mixing the vaccinated with those who have a PCR test is a big deal.”

The lack of information is just as great for the certificate of recovery from Covid-19. “There is a lot of uncertainty about it, the Delta variant could possibly escape a previously acquired immunity. Clearly, a person infected with the Alpha variant could be infected with the Delta.”, explains Samuel Alizon. The researcher recalls that there is a lot of evidence on the airborne transmission of the virus.

“Lifting the mask outdoors, okay, but indoors is clearly not the time.”

If scientifically, the measure therefore seems risky, it is to forget that the government also always has in mind the social aspect of the crisis. “We are paying for the exhaustion of the French population, subjected to very strong restrictions for a long time. There is epidemiological logic and there is the social dimension”, admits Samuel Alizon.

“Political management is not health management”reacts Jérôme Marty. “We have a population that has suffered from restrictions for a long time and who saw the holidays as an outlet. And we take the Delta variant. I understand the government, there have to be valves, but I think that ‘they will correct “, continues the doctor. The latter says he is very worried about “an extremely contaminating virus which goes very quickly”.