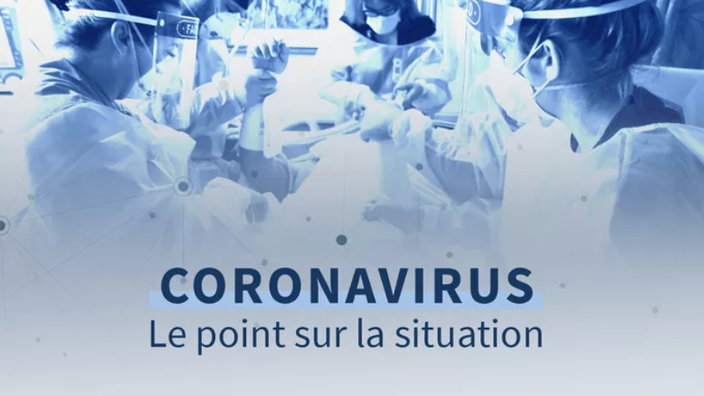 UPDATE ON THE SITUATION – New reports, new measures, highlights: Le Figaro takes stock of the latest developments in the Covid-19 pandemic around the world.

France is awaiting the results of its weeks of curfew to decide whether or not a third lockdown, many countries have adopted new entry restrictions to try to stem the spread of new variants of Covid-19. In the Netherlands, the curfew caused riots and confined Portugal held its presidential elections despite a record contamination rate. To not miss any of the latest highlights related to Covid-19, Le Figaro takes stock of the latest news on Monday, January 25.

The verdict on the effects of the reinforced curfew in France will fall next week, according to the Minister of Health Olivier Véran. “If things don’t go down, if the variants start to spread everywhere, then we will take additional measures, obviously, did he declare. And that’s called containment. ”

President Joe Biden will re-impose a ban on entering the United States on Monday on most non-US citizens who have visited the UK, Brazil, Ireland and much of Europe, an official said of the White House. It will also extend this ban to travelers who have recently visited South Africa. The United States officially passed the 25 million case mark on Sunday.

Clashes with the police and looting broke out on Sunday in several cities in the Netherlands on the sidelines of protests against the curfew implemented from 9 p.m. to 4:30 a.m. until February 9. A Covid-19 screening center was also set on fire on Saturday evening in the village of Urk, in the north of the country, on the first evening of the entry into force of the curfew.

Germany will become the first country in the European Union next week to use the experimental antibody-based treatment administered to Donald Trump. The government has purchased 200,000 doses at a unit cost of 2,000 euros, which will be administered in university hospitals.

Despite a new general containment and an explosion of cases, the Portuguese voted on Sunday for a presidential election that renewed their president Marcelo Rebelo de Sousa. The abstention rate rose to 60.6%, a historic record. Throughout the day, many voters had to stand in long lines outside the polling stations, standing at a distance before they could enter them one by one. It is the country in the world that has reported the highest number of contagions and deaths by Covid-19 in relation to its population over the past two weeks, surpassed only by the British enclave of Gibraltar.

The Israeli government on Sunday night suspended international flights to and from Israel for nearly a week.

Sweden banned for three weeks entry into its territory from Norway on Sunday after an outbreak of an English variant of the coronavirus appeared near Oslo, extending the same measure affecting the United Kingdom and Denmark.

Egypt began its vaccination campaign on Sunday with the Chinese vaccine from Sinopharm. It is the second country in Africa to launch large-scale vaccination after Seychelles. More than 63.5 million doses of the vaccine have been administered in at least 68 countries or territories, according to an AFP count from official sources on Sunday.

The President of the European Council, Charles Michel, calls for pharmaceutical companies to show “transparency” on the cause of delays in delivery of covid vaccines announced by AstraZeneca and Pfizer.

Read also :One million people vaccinated: has France caught up with other countries?

The state of Amazonas in Brazil, facing a new wave of Covid-19, will institute a one-week lockdown from Monday, after 10 days of curfew.

New Zealand has recorded its first local case in more than two months, a woman who returned from Europe in late December and tested negative twice during her quarantine.

The pandemic has killed more than 2.12 million people worldwide since the end of December, out of nearly 99 million confirmed infections.