Covid-19: seven questions on the “digital green certificate” announced by the EU to facilitate travel in Europe 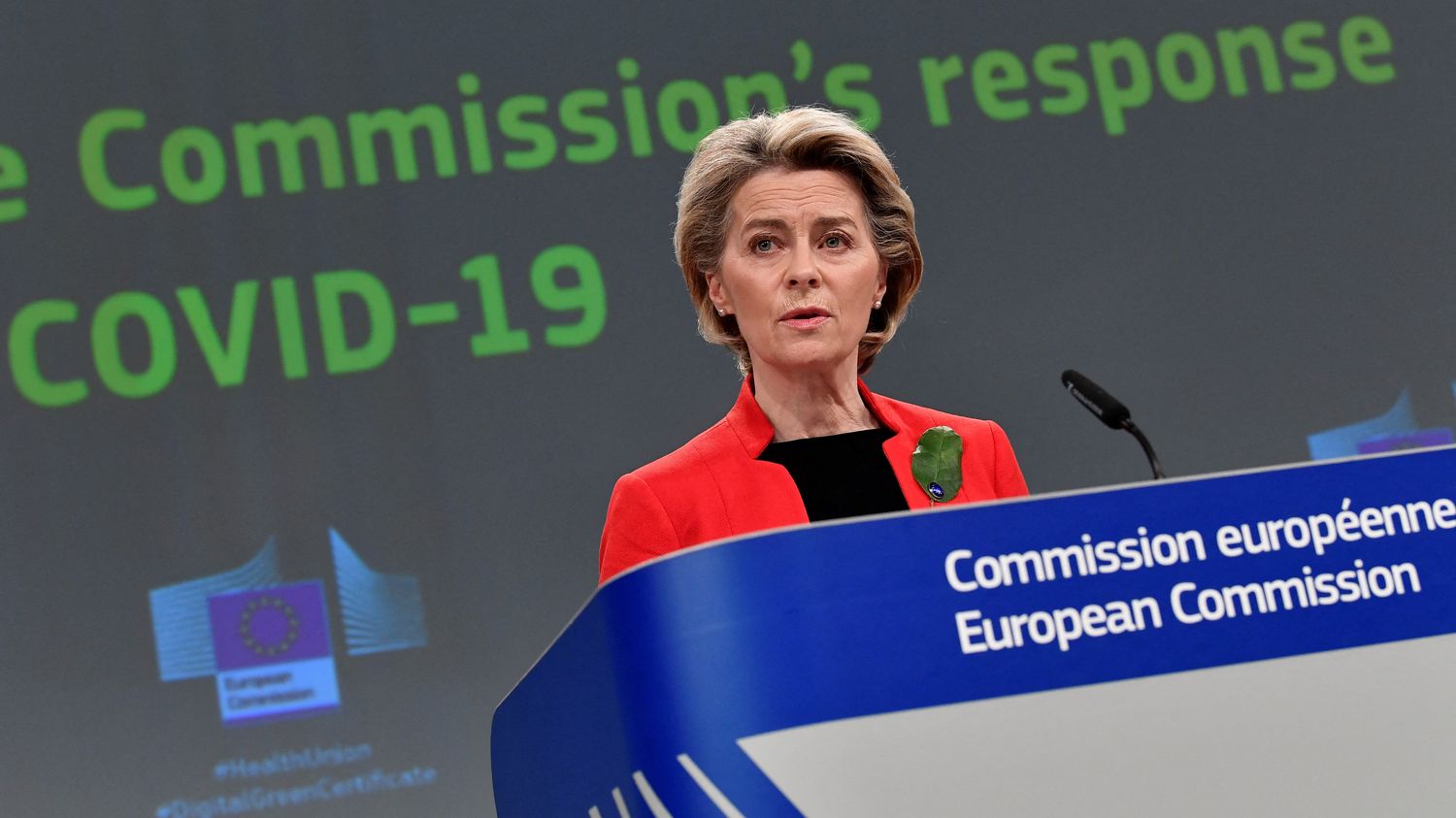 Covid-19: seven questions on the “digital green certificate” announced by the EU to facilitate travel in Europe

This may be the future of travel to Europe. The European Commission presented, Wednesday, March 17, its project to create a “digital green certificate”, intended to facilitate travel in the European Union for people vaccinated against Covid-19 or tested negative. “We want to help member states restore freedom of movement in a safe, responsible and trustworthy way”, explained Commission President Ursula von der Leyen at a press conference in Brussels.

This certificate, which still has to be validated by the European Parliament and the Council of Member States to see the light of day before the summer holidays, would take the form of a QR code issued digitally or on paper by the health authorities. It should not, however, prevent countries from imposing whatever restrictions they wish. Franceinfo details what we know about the project.

What will this certificate consist of?

The European Commission is proposing to create a type of document, which it calls a “digital green certificate”, through which travelers can prove that they have been vaccinated, that they have passed a negative PCR or antigen test, or that they have had Covid-19 but are cured of it.

This information would not be given by the person himself, since the certificate would be issued free of charge by “national authorities”, explains the Commission, which cites hospitals, testing centers or health authorities as an example.

It would be possible to obtain this certificate in digital form or in hard copy. In both cases, it would contain a digital stamp guaranteeing its authenticity and a QR code.

We are proposing to create a Digital Green Certificate to facilitate safe free movement inside the EU during the pandemic.

The certificate will:
✅ Be accessible and secure for all EU citizens
✅ Be non-discriminatory
✅ Contain only essential information#StrongerTogether

Such a document would therefore enable travelers to not have to carry numerous documents, and to simplify checks by eliminating in particular the language barrier. “The lack of standardized formats has resulted in problems for travelers moving within the EU”, considers the Commission (in English). It also presents this certificate as a guarantee against forged documents.

Will it be mandatory to travel?

No, according to the Commission, which insists on its intention not to create discrimination between citizens: “It will not be a precondition for free movement, which is a fundamental right in the EU.”

A person who does not have the certificate, but who meets the conditions of entry into an EU country could therefore prove it by other means and move in spite of everything. Member states will also still have the right to open their borders to unvaccinated people or not to require a negative test.

Will it allow free movement in the EU?

All member countries of the European Union would be required to accept this certificate, explains the Commission, which promises to provide the tools to read it. Iceland, Norway, Switzerland and Liechtenstein, which are not part of the EU, should be part of the mechanism.

However, travel restrictions would still depend on individual countries: it is up to them to decide whether or not they require travelers to be vaccinated or to show a negative PCR test.

This point remains ambiguous: the Commission also states on its website that the people who have obtained this certificate “should be exempt from restrictions on free movement, in the same way as citizens of the visited member state.” If a state wishes to impose a test or quarantine on them despite everything, “he must inform the Commission and all the other Member States and justify this decision”. Today, countries like Germany or Greece, for example, require entrants to their territory to present a negative PCR test and submit to a quarantine.

What will be the conditions to obtain it?

This certificate could be awarded, first of all, to all people vaccinated against Covid-19. Four vaccines (Pfizer / BioNTech, Moderna, AstraZeneca and Johnson & Johnson) have so far received marketing authorization in the European Union. People vaccinated with one of these vaccines will be able to receive a “digital green certificate” and member countries will have to grant them entry into their territory.

EU countries that choose to use other vaccines, including the Russian Sputnik V serum, could also award the certificate to those vaccinated, says the Commission. On the other hand, states will be free to decide not to lift the restrictions for those who have received them. Similarly, states can choose whether they accept the certificate of a person who has received only the first dose of a vaccine which requires several, details the Commission in its bill. (PDF in English).

It could also be attributed to people who have performed a negative screening test if it is a PCR test but also an antigen test. Today, some countries which demand a negative test to enter their territory, including France, do not accept the results of antigenic tests.

Certificates could also be given to people cured of Covid-19. The Commission plans, in its bill, to create a harmonized rule in Europe allowing these certificates to be issued to people who have tested positive for at least 11 days, and less than 180 days ago. It would therefore be a question of allowing people who are still positive, but whom we no longer fear that they are contagious, to move.

Finally, these certificates will be accessible to EU citizens, but also to members of their families, legal residents of Member States, as well as to individuals “legally staying” in one of these States, as foreign holidaymakers who wish to visit several countries of the Union.

Can we assimilate this measure to the establishment of a “vaccination passport”?

It all depends on what is meant by “vaccine passport”, this one, which appeared in the political debate in recent months, having no legal definition. The “digital green certificate” would be used in particular for people vaccinated to prove that they are, in countries which would impose restrictions on the unvaccinated.

The existence of this certificate is independent of the restrictions themselves, which can be put in place even if the certificate never saw the light of day. In addition, the expression “vaccine passport” is sometimes used to designate a sesame that would allow movement within the same country, or enter certain places. The “digital green certificate” is presented by the European Commission as being intended only for travel to another EU country. Finally, it would not only concern vaccinated people, since it could be obtained after having carried out a negative PCR test.

How will the data be collected?

The European Commission explains that each body that can issue the certificates would be assigned “a digital signature key”, which will attest to the authenticity of the certificate. These signing keys would be stored in a portal, making it possible, at the time of checks, to verify that the certificate is authentic.

“The personal data encoded in the certificate will not be transmitted to the portal”, explains the Commission: it would therefore not create a database in which the names or medical information of people would appear.

The certificate will include, in addition to information on the vaccine or the test that made it possible to receive it, “essential information needed” such as the name and date of birth of the holder and the date of issue of the document. “This information cannot be kept by the countries visited”, assures the Commission.

When will it be available?

The “digital green certificate” is the subject of a bill introduced by the European Commission. To become a reality, it will therefore have to be approved both by the European Parliament and by the Member States. A process that may result in changes to its terms. If approved, the Commission hopes to put it in place in the summer of 2021.