Covid-19: Slovakia tests two-thirds of its population in a weekend 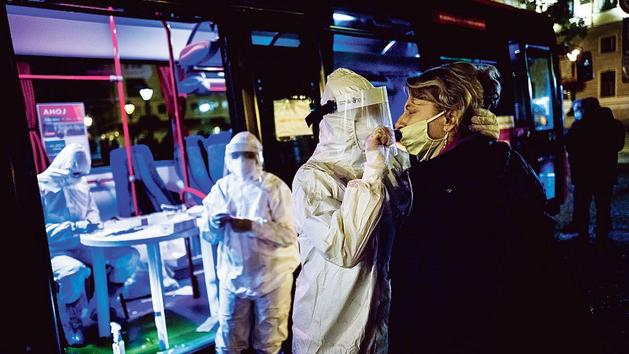 Covid-19: Slovakia tests two-thirds of its population in a weekend


In two days, Saturday and Sunday, no less than 3.6 million Slovaks carried out a rapid test for Covid-19 during a massive campaign organized by the authorities. Among them, 38,359 of them were positive or 1.1% of the total, announced Prime Minister Igor Matovic. No country of several million people has yet launched this type of campaign on a national scale. Only China has carried out comparable campaigns on millions of inhabitants, in large cities.

Despite the logistical tour de force represented by such a large screening, which concerns 66% of the 5.4 million Slovaks, experts warn that these are antigenic tests, less precise than the analysis by PCR. Infected people have been able to slip through the cracks. To compensate for this lower precision, a second campaign is scheduled for next weekend. “The Slovak experience is very interesting, judge the epidemiologist Antoine Flahault, we will know if this guy

This article is for subscribers only. You still have 76% to discover.