Covid-19: the Brazilian variant suspected in the new disaster that hits the city of Manaus 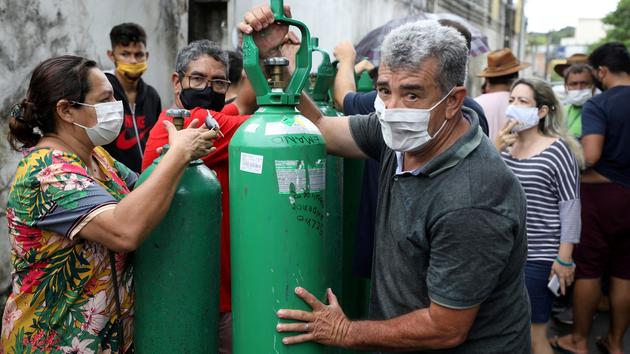 Covid-19: the Brazilian variant suspected in the new disaster that hits the city of Manaus

STORY – While more than three-quarters of residents have already encountered the virus in October, this resumption of the epidemic is very worrying.

Since last week, chaos has reigned in the city of Manaus, hit by an extremely powerful second wave of the coronavirus. This city of 2.2 million inhabitants, in the state of Amazonas, is located in the heart of the Amazon rainforest, and can only be reached by plane or boat. Faced with a virus out of control, the governor declared a curfew from 7 p.m. to 6 a.m.

Read also :In Brazil, Bolsonaro in an anti-vaccine campaign

Last April, Manaus had already symbolized the health disaster that killed more than 210,000 people in Brazil. The images of backhoes hastily digging mass graves had struck Brazilian public opinion. A study published in September in Science and update last week even estimated that more than three quarters of residents had already encountered the virus in October! This should have been enough to achieve group immunity, supposed to prevent the circulation of the virus … Alas, the same scenes of despair, helplessness and anger are repeated today.