Covid-19: the epidemic is progressing but does not get carried away 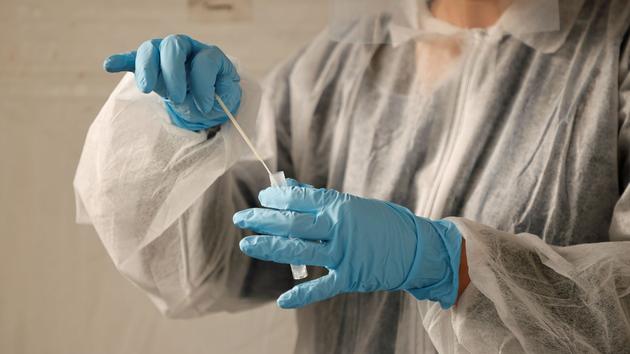 Covid-19: the epidemic is progressing but does not get carried away

The positivity rate, which measures the percentage of positive tests, has been around 7.3% for several days, against 6% in mid-February.

No outbreak, but a slow progression and strong geographical disparities: the least that can be said is that the epidemic situation of the country is not easy to analyze. The dreaded explosion of cases with the rise of variants has not taken place … but the indicators continue to deteriorate despite the many restrictions already in place. In such a context, the political decision is complex: should we toughen the measures or wait for the sunny days and the vaccination to produce their effects to reduce the strain on hospitals?

“We are not facing (…) an exponential increase in the epidemic”, said Jean Castex, Thursday evening. But the national incidence rate is slowly increasing to reach 220 cases per 100,000 inhabitants. The positivity rate, which measures the percentage of positive tests, has been around 7.3% for several days, against 6% in mid-February. “The reproduction rate which measures the dynamics of the epidemic is above 1, whatever the data on which one relies to calculate it (screenings, hospitalizations or resuscitations), sign of an epidemic which does not is no longer under control. We cannot therefore project serenely over the weeks to come ”, notes Mircea Sofonea, lecturer in epidemiology of infectious diseases at the University of Montpellier. In hospitals, no clear worsening either, but the occupancy rate of intensive care beds is close to 72% and exceeds 100% in the Paca and Hauts-de-France regions. While it continues to grow, the number of Covid patients (more than 3,600) in these services remains below the peak in the fall (4,900).

The progression of the virus is not uniform. It concerns more particularly 23 departments: the Alpes-Maritimes (more than 560 cases per 100,000 inhabitants), Île-de-France and Hauts-de-France are more affected. In Dunkirk, confined at weekends, the incidence has exceeded one thousand per 100,000 inhabitants. The pressure on hospitals there is such that transfers of Covid patients are organized to other regions.

“The incidence goes up”

The English variant now represents more than 60% of contaminations in the country according to the Prime Minister, but the rise in power of the variants is not however obvious when we look at the curves. “The complexity that we encounter in our modeling work is the presence of several epidemics in parallel, explains Jean-Stéphane Dhersin, deputy scientific director of the National Institute of Mathematical Sciences and responsible for the Modcov19 modeling platform. What we see on the incidence curve is the sum ”, not always easy to interpret.

As the historical strain until then in the majority decreases, it was able to pull the incidence curve down in February. But the more contagious variants will weigh more and more. “This may explain what is happening: after a slight drop, the incidence rises slowly; but there is a risk that soon the epidemic will start again with a vengeance with variants which will have really taken a prominent place ”, explains the researcher, who deplores the lack of reliable data available on the variants. Besides that“We follow up on things we know how to look for, on mutations that have already been identified, while others may be circulating without our knowing it. It is therefore difficult to predict what will happen, even in the short term ”.

Read also :Covid-19: are we witnessing a relaxation of barrier gestures?

Despite this threat, the government says it hopes for a return to a more normal life “Maybe from mid-April” . In favor of a weather less favorable to the virus, we can in particular hope. But this optimism does not convince everyone. “I’m not sure what this is based on. Will the epidemic be behind us in 4 to 6 weeks? Will collective immunity be reached? No”, says Mircea Sofonea. According to him, the current rate of vaccination is in any case not yet sustained enough to have such significant effects within a month.