Covid-19: the threat of new restrictions spreads in large metropolises 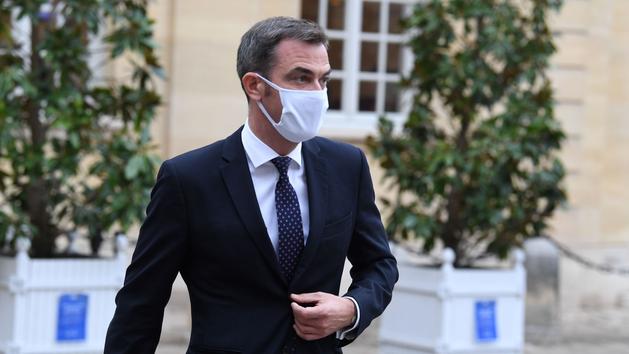 Covid-19: the threat of new restrictions spreads in large metropolises


After Aix and Marseille last week, will other large cities in turn switch to the maximum alert zone for Covid-19? The question is on everyone’s lips, pending an intervention from the Minister of Health who is due to speak on Thursday. A week ago, after a Defense Council, Olivier Véran announced that decisions would be taken every week depending on the evolution of the epidemic.

More stringent restriction measures, such as closing restaurants and bars, or even restricting traffic, could be decided. The mayors of Paris, Lyon, Lille and Grenoble are to be received in Matignon on Thursday morning, to discuss new measures against the epidemic.

In the Paris region, all the indicators used by the Ministry of Health to assess the local epidemic situation are red. According to figures from the Regional Health Agency of September 30, the incidence rate in Île-de-France, which measures the intensity of the circulation of the virus, exceeds 155 new cases per 100,000 inhabitants, beyond enhanced alert threshold set at 150. The situation is very serious in Paris, where this rate peaks at 260 while a state of health emergency (last level of alert defined by the public authorities) can be declared from 250. It exceeds 180 in the Hauts-de-Seine. As a reminder, the incidence rate is calculated from cases diagnosed by a positive PCR test. It therefore only reflects the visible part of the epidemic.

The second indicator monitored by the Ministry of Health concerns the elderly, who have a higher risk of developing a severe form of the disease. Since September, they are no longer spared. The incidence rate in the 60-69 age group is 95 on the scale of Île-de-France (which would correspond to an enhanced alert), and 133 in Paris (state of emergency sanitary). For this criterion, the ministry is based on the incidence rate among those over 65, but this data was unavailable yesterday.

Finally, with nearly 380 patients hospitalized in intensive care on September 29, the bed occupancy rate by Covid patients is 34% in the Paris region. Beyond the maximum alert threshold of 30%. “Even if we are very far from the activity of the month of March, the Parisian resuscitation services are already under tension, underlines the Pr Jean-Michel Constantin, anesthetist-resuscitator at the Pitié-Salpêtrière hospital (Paris). The linear increase since mid-August in Covid-19 patients is in fact added to other causes of hospitalization: road accidents, chronic diseases, etc. ” The Pr Éric Maury, President of the French Language Resuscitation Society, adds: “If the number of admissions continues to increase at this rate, a deprogramming of non-emergency operations will be necessary in the days to come.”In Seine-Saint-Denis, hospitals have started, ten days ago, to transfer some Covid patients to the capital in order to keep beds for other patients.

For large French cities, outside of Paris, the epidemic situation is difficult to assess.

A possible move to a higher alert level will be decided on a department-by-department basis or on a metropolitan scale, “On the basis of consolidated data over seven rolling days and taking into account the three alert criteria”, specifies the Directorate General of Health. For large French cities, outside of Paris, the epidemic situation is difficult to assess, because Public Health France only publishes department-wide statistics. Like the capital, Lyon, Lille and Grenoble could switch to the maximum alert zone, even if the departmental indicators have only crossed the heightened alert threshold. The weekly incidence rate was thus 220 in the Rhône, 207 in the North and 158 in Isère. Three departments where the epidemic is growing rapidly. Logically, the virus circulates more easily in densely populated areas.

If the situation is for now “Controlled”, according to a head of intensive care unit, the whole question is that of the evolution of the epidemic in the coming weeks, which is difficult to predict. Nationally, the number of new daily cases appears to be declining, but this may be related to the recent decline in the number of tests performed. In one week, we went from a maximum of 1.4 million PCR tests per week, to just 1.1 million. On the other hand, a sign that the situation is not improving frankly, the rate of positive test results remains high, around 7.6%.

More than ever, Public Health France invites the French to respect all barrier measures: wearing a mask, physical distancing, hand washing and ventilation of closed places.

»SEE ALSO – Marseille: anger after the rejection of the appeal against the closure of bars and restaurants