Covid-19: variants represent in places 16% of new infections in France 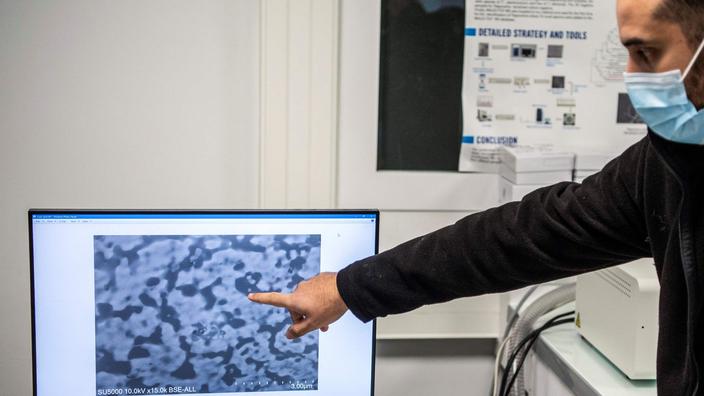 Covid-19: variants represent in places 16% of new infections in France

In the most affected regions, the English variant would reach 14% and the South African and Brazilian strains a little less than 2% between them.

What is the presence of the British, South African and Brazilian variants in France? If the authorities had put forward the figure of 1.4% ten days ago after a flash survey carried out on all the positive tests reported on January 7 and 8, this was in reality only a very rude. It was based on the detection of a genetic mutation present on the English variant, but shared by other strains of the virus … It was therefore necessary to wait for the sequencing of the genomes of these samples to have an idea of ​​the circulation of the virus to the time. At the press conference on January 28, Olivier Véran announced a rate of 3.2% for the first “flash survey”. But this level is, in fact, a little higher, at 3.3%, said Public Health France in the evening. This final result is approximately 2.5 times higher than the initial estimate of the flash survey. In addition, in its epidemiological report, Public Health France specifies that there is a cumulative number of 339 cases of variants identified on January 27, including 299 of the English variant and 40 of the South African.

Read also :The great French mess of the sequencing of coronavirus variants

In the meantime, things have already evolved. Between January 11 and 21, the Assistance Publique des Hospitals de Paris (AP-HP) carried out its own survey and discovered that 9.4% of the 1,080 tests carried out in 8 centers in Ile-de-France were positive for English variant.

A second flash survey has also just been launched on Wednesday January 27 to estimate the progression of the variant. The consolidated results will be announced in a fortnight. But according to François Cornu, President of Eurofins Biomnis, who is participating in this new analysis, “the prevalence rate is around 14% for the English variant in some of the most affected regions and just under 2% for the South African and Brazilian variants“. Bourgogne-Franche-Comté is less affected than Hauts-de-France, Provence-Alpes-Côte-d’Azur and especially the Ile-de-France region. There are also strong disparities within each region.

“These results were obtained on a significant part of the 26,000 positive results of January 27 ”, details François Cornu. How is it that the results can already be available today while we were still waiting on January 28 for the precise data of the first flash survey? “Our screening method, which has been approved by the ANSM (drug agency) a week ago, makes it possible to directly identify the English variant and to aggregate that of the South African and Brazilian variants which carry a common mutation “, specifies the president of Eurofins Biomnis. “It’s about a specific PCR kit developed by our teams“. The idea is to focus on detecting the genetic specifics of the variant without having to sequence the genome. Sequencing a sample takes about a week and PCR takes less than 24 hours.

“ We have significant capacities to meet demand», Adds François Cornu. “Our two PCR platforms in Lyon and Ivry-sur-Seine have a total capacity of 50,000 PCR tests per 24 hours and we have stocks to last two months. This method is faster and less expensive, allowing to redirect the sequencing needs that remain necessary for epidemiological purposes. “ To identify, for example, new, as yet unknown variants.