6:25 p.m. : The Prime Minister gives the floor to the Minister of Health, Olivier Véran.

6:25 p.m. : “The first delivery of Astrazeneca vaccines, at the end of this week, will be assigned to health establishments, to protect health, hospital and city professionals, who are fighting on the front line against the virus and their vaccination can begin this Saturday. ” concludes Jean Castex.

6:25 p.m. : The AstraZeneca vaccine “will allow us to accelerate the pace of vaccination”, assures Jean Castex, who specifies: “Thanks to this new vaccine, we will be able to reach the target of 4 million people having received their first injection by the end of February. “

6:23 p.m. : “By April, we will achieve the goal set by the President of the Republic of having offered vaccination to all volunteers over 75 years old – and they must be as many as possible – as well as people under 75 with severe co-morbidities declares the Prime Minister.

6:25 p.m. : “I can tell you that we will be opening in the next days 1.7 million additional appointments for first injections “, announces the Prime Minister, Jean Castex.

6:22 p.m. : “We are committed to the greatest transparency, center by center, territory by territory, to give as much visibility as possible to the deployment of the vaccine campaign. “

6:20 p.m. : “The vaccination campaign is now following a steady pace: yesterday we vaccinated more than 100,000 people, including nearly 70,000 in the first injection“, announces the Prime Minister.

6:20 p.m. : “We assume to respect the period of 3 to 4 weeks between the two injections of the Pfizer and Moderna vaccines, unlike other countries, admittedly few in number, which have sought to vaccinate as many people as possible by postponing the booster until later. however depends the final effectiveness of vaccine protection “, says Jean Castex.

6:19 p.m. : In total, “more than 23,000 “ nursing home residents “have died since the start of the epidemic, that is to say almost a third of the total deaths whereas they represent only 1% of the population “, indicates Jean Castex.

6:17 p.m. : Jean Castex announces that “1.5 million vaccinations were carried out in January, instead of one million initially planned“.

6:19 p.m. : “To the 20,000 people who test positive every day, I ask you: isolate yourself immediately, do not leave your home for 7 days, help Medicare to identify the people with whom you have been in contact. “

6:17 p.m. : “Since the end of the year, recourse to teleworking has decreased, which is all the more regrettable as many companies had not deployed, far from it, all the possibilities of doing so. “, says Jean Castex. “There are still too many companies where teleworking would be possible, but where it does not exist at all or at very low levels”, he specifies.

6:14 p.m. : “Third measure: the strengthening of teleworking. This is actually a very powerful lever that we are not using enough to curb the epidemic”.

6:12 p.m. : “Since Sunday, recalls Jean Castex, lTravel to or from foreign countries outside the European Union is now prohibited, except for compelling reasons. Why such a measure? We must prevent people carrying a variant from arriving in France. “

6:12 p.m. : “I measure and fully share their dismay and impatience [des Français]. Because what they want is not first to be compensated, it is above all to be able to work. I know it, I understand it, but it is not yet possible “, assures the Prime Minister.

6:11 p.m. : “I call for the mobilization of French women and men: we must hold together, we must act together, more than ever (…) we must fight foot by foot.”

6:10 p.m. : “A new confinement can only be considered as a last resort. The situation does not justify it to date: our level of incidence is certainly high, but it is still much lower than it was last October “, assures the Prime Minister.

6:10 p.m. : “France, Unesco has just recognized, is one of the countries which have managed to keep schools open as long as possible since the start of the epidemic”, recalls Jean Castex. “I tell you, this choice and all the consequences that it entailed for our children first, for the economic and social life of the Nation then, is to be honored by our country and the whole community educational institution to whom I want to express my gratitude and my deep attachment. ”

6:07 p.m. : “We are indeed facing the appearance of a new risk: that of the propagation of new strains of the virus, so-called variants (…) They therefore spread faster, affect more people, and can lead to epidemic outbreaks “.

6:07 p.m. : “SAccording to the latest estimates published by INSEE this afternoon, the level of activity is now 4% below normal. This economic slowdown is less marked than what many of our neighbors are currently experiencing, subjected to the same epidemic.“, assures the Prime Minister.

6:05 p.m. : “Our strategy has been graduated: it has constantly adapted to the situation (…) it has enabled us to keep control of the epidemic while at the same time preserving the social and economic life of our country as much as possible”.

6:07 p.m. : “If the situation remains worrying, it nevertheless differs from that of many of our neighbors. In recent weeks, we have not experienced a major epidemic wave (…) the circulation of the virus has not significantly increased in recent weeks “, says Jean Castex.

6:03 p.m. : “As you know, this situation remains particularly fragile. Each day, France records an average of 20,000 new infections and 1,600 new hospitalizations”. 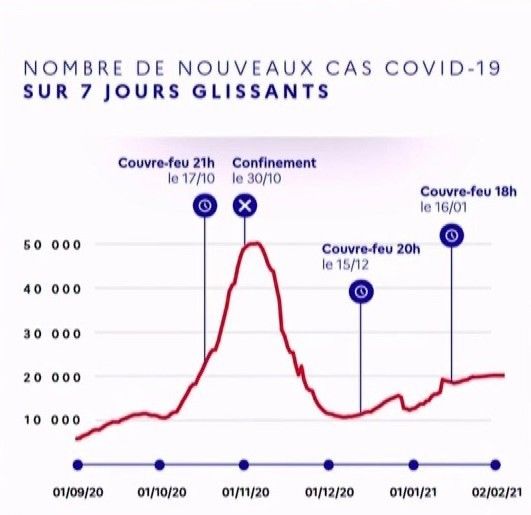 6:01 p.m. : Follow live now the press conference of Jean Castex and Olivier Véran who will draw up the “balance sheet of braking measures” of the Covid-19 epidemic.

The Prime Minister, Jean Castex, and the Minister of Health, Olivier Véran, will hold a press conference in a few minutes during which they should make “a review of braking measures”. You will obviously be able to follow their intervention in our direct.

# COVID_19 The government has decided to re-containment in Mayotte for at least three weeks, starting tomorrow at 6 p.m., to cope with the progression of the Covid-19 epidemic and the appearance of the British and South African variants.

The CGT, the FSU, Solidaires and youth organizations have initiated a day of inter-professional mobilization. They called a strike to demand the defense of jobs and public services. In Paris, the demonstration, which started from Place de la République at 2:30 p.m., arrived at Place de la Nation.

Red vigilance for “flood” and “flood” lifted for Lot-et-Garonne. Nevertheless, the department remains in orange vigilance, just like 13 other departments.

5:55 p.m. : Curfew, epidemic, variants … You have questions about Covid-19 ? Ask them in our form. The journalists of the France 2 news at 8 p.m. will answer them as far as possible.

6:02 p.m. : Seven in ten French people (69%) believe that a re-containment is inevitable, according to an Odoxa-Backbone Consulting survey* for franceinfo and Le Figaro. According to this survey, this feeling is shared by the entire population, regardless of social background.

5:20 p.m. : In Mayotte, “the virus is spreading everywhere and it affects younger people”, explains Dominique Voynet, director of the ARS. “The South African variant travels very quickly and touches a lot of people”. https://t.co/0vGVzSIuUw

5:20 p.m. : 🔴Covid-19: re-containment for three weeks in Mayotte in the face of the epidemic wave (prefect) https://t.co/SKVdFJlmLH https://t.co/DaMtSx3JgU 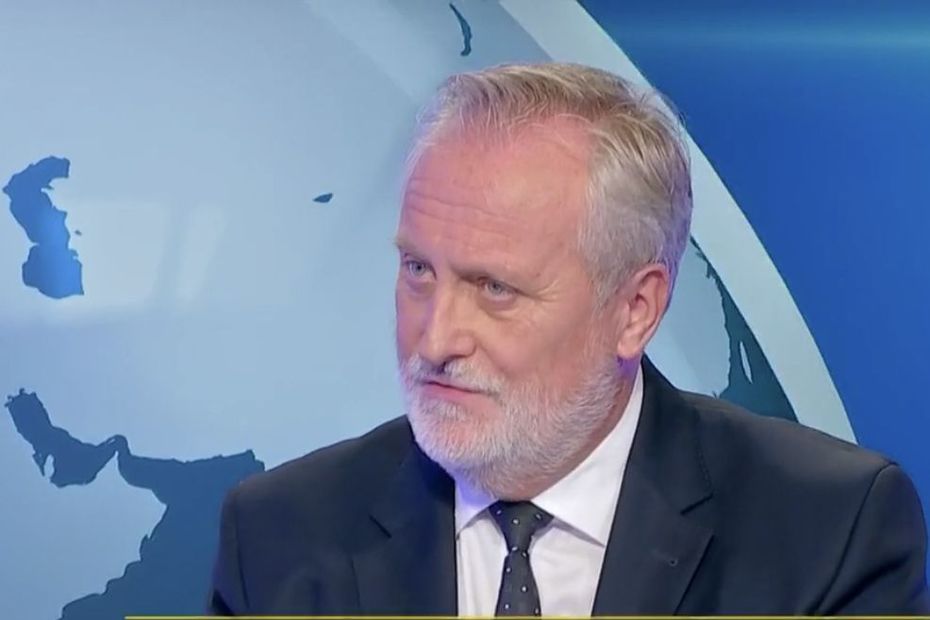 17:19 : The prefect of Mayotte announces a general confinement in the department from tomorrow 6 p.m. and for “at least three weeks”.