Find here all of our live #PESQUET

12:01 am : This live is over for tonight. While waiting for its resumption, do not hesitate to consult our articles. Here’s what to remember from the news:

After six months in orbit, Frenchman Thomas Pesquet and three other astronauts left the International Space Station. They must land overnight off Florida. Our colleagues on channel 27 are starting their special edition to follow the event from 4 a.m. Follow her this way.

• A police crew was attacked Monday morning with a knife in front of the Cannes police station (Alpes-Maritimes) by an Algerian national who allegedly mentioned “the prophet”, but the terrorist trail is for the moment ruled out: the investigation has been opened for attempted murder.

• They are going to put their hands in their pockets and ask for a control of the Vatican: the Catholic bishops of France have decided to set up a compensation system for victims of child crime in the Church, committing in particular to finance this compensation. “by divesting real estate”.

• The High Authority for Health now advises against vaccinations with the Moderna vaccine for those under 30 years of age because of a possible increased risk of myocarditis in the youngest.

23:38 : As on board an airplane or a ship, the crew is checking that the cargo (including scientific experiments, biological samples and even a chili!) Is securely stowed in anticipation of atmospheric re-entry and the landing. # MissionAlpha

23:38 : The 3rd of the five starting thrusts that allow the Dragon to move away from the Station has just taken place nominally for # Crew2 and @Thom_astro … #MissionAlpha

23:38 : The Dragon capsule where Thomas Pesquet is located continues to move away normally from the International Space Station, indicates the European Space Agency.

9:24 p.m. : The images that come to us from NASA clearly show the Dragon capsule, on board which Thomas Pesquet is, off the ISS. You can watch them live here.

9:16 p.m. : While @thom_astro carries out his photographic survey of the Station, find the main phases of a return to Earth for a Crew Dragon crew in this infographic. To know everything about the different stages of the return & schedules 👉 https://t.co/w96tTAaIwf https://t.co/agzCBU3EI7 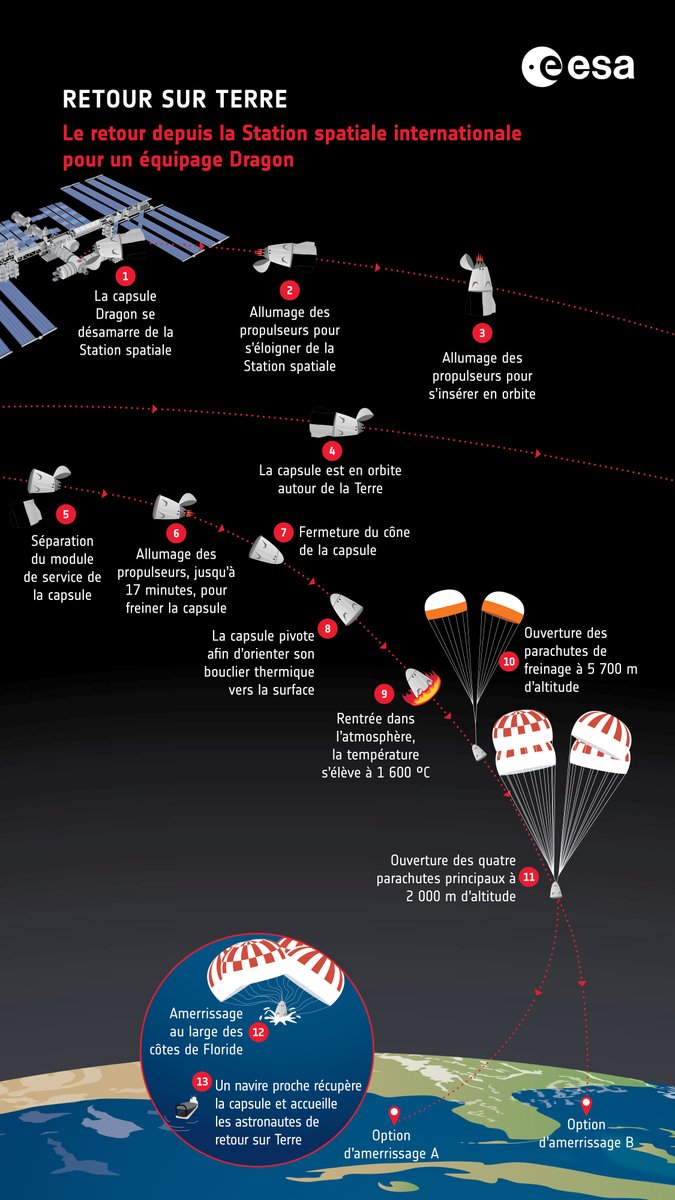 9:15 p.m. : @Thom_astro is responsible for making this photographic survey of the Station. He removed his spacesuit for more freedom of movement in the limited space of the capsule. #MissionAlpha https://t.co/cZkGsurSJm 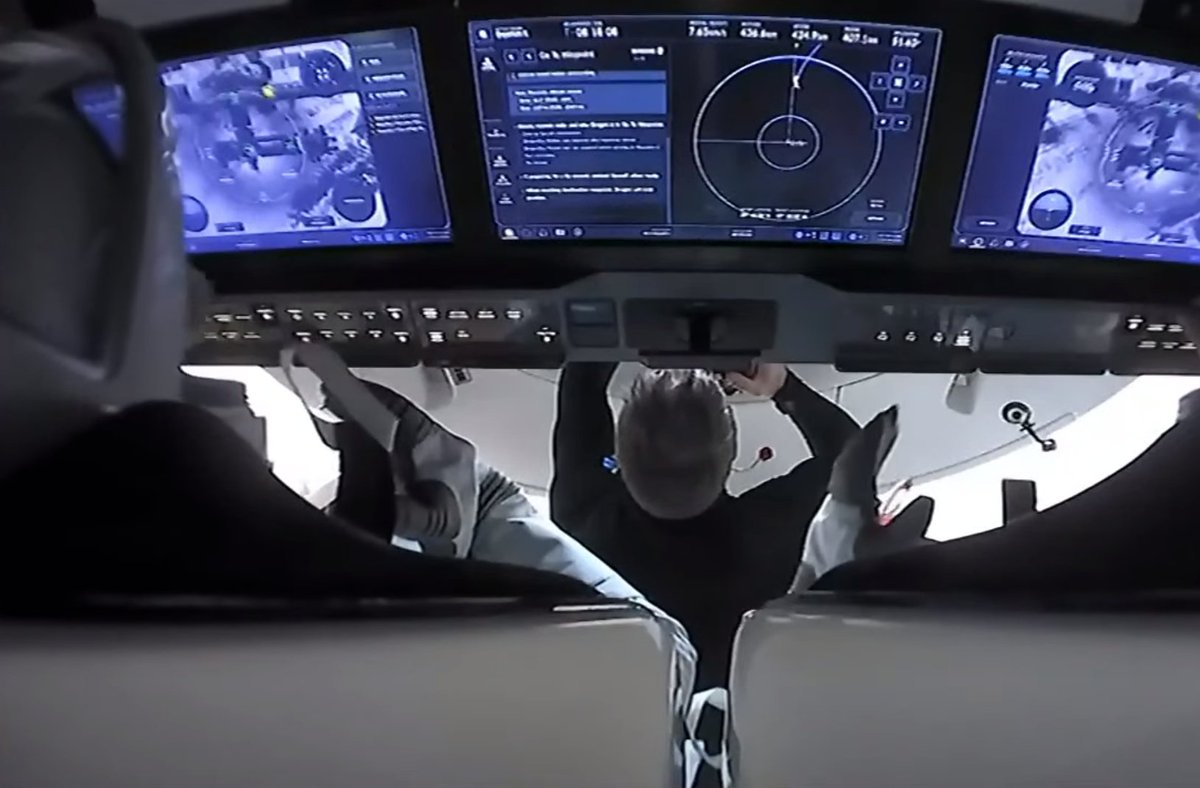 9:15 p.m. : Responsible for taking pictures of the International Space Station, Thomas Pesquet fell the space suit inside the Dragon capsule, notes the European Space Agency, which also recalls the course of the Frenchman’s return to Earth.

8:12 p.m. : SpaceX’s Dragon capsule, where Thomas Pesquet is located, is slowly moving away from the International Space Station. After taking a few pictures of the ISS, the spacecraft will make a vertiginous descent, slowed down by its entry into the atmosphere and then by huge parachutes, before landing off Florida, a priori at 4:33 a.m. (Paris time). ).

H-5 minutes before undocking! After six months in orbit, Frenchman Thomas Pesquet and three other astronauts must leave the International Space Station and begin their return to Earth, aboard a SpaceX spacecraft which is to land off Florida. Follow the event live on franceinfo.

A police crew was attacked with a knife at dawn in front of the Cannes police station (Alpes-Maritimes), by an Algerian national who allegedly mentioned “the Prophet”, but the national anti-terrorism prosecutor’s office (Pnat) did not take up the case.

• An agent of the Public Assistance-Hospitals of Paris (AP-HP) “tried to end his life” this morning by setting himself on fire at Saint-Louis hospital where he was taken care of, the institution announced. “His gesture [a été] immediately brought under control by security personnel ” who must have been “admitted to the emergency reception service”, said the AP-HP.

• “Evil has been done, a lot of harm has been done”, recognized the president of the Conference of Bishops of France. Compensation for victims, reparation body, working groups … Here are the measures announced by the bishops against child crime.

7:57 p.m. : The Dragon capsule where Thomas Pesquet is located is in the center of the image. It should soon detach from the ISS, once the green light has been given by NASA and SpaceX. Once all the lights are green, the capsule will be able to begin undocking. Follow the special edition live on franceinfo.

7:37 p.m. : The Dragon capsule where Thomas Pesquet is located is due to detach from the International Space Station at 8:05 p.m. Paris time. It will then begin a journey of several hours, which will begin with an unusual maneuver: it will tour the Space Station in order to photograph it, thus providing invaluable information to NASA teams on the state of its external equipment.