Disappearance of Aurélie Vaquier: a lifeless body found under a concrete slab at her home in Bédarieux 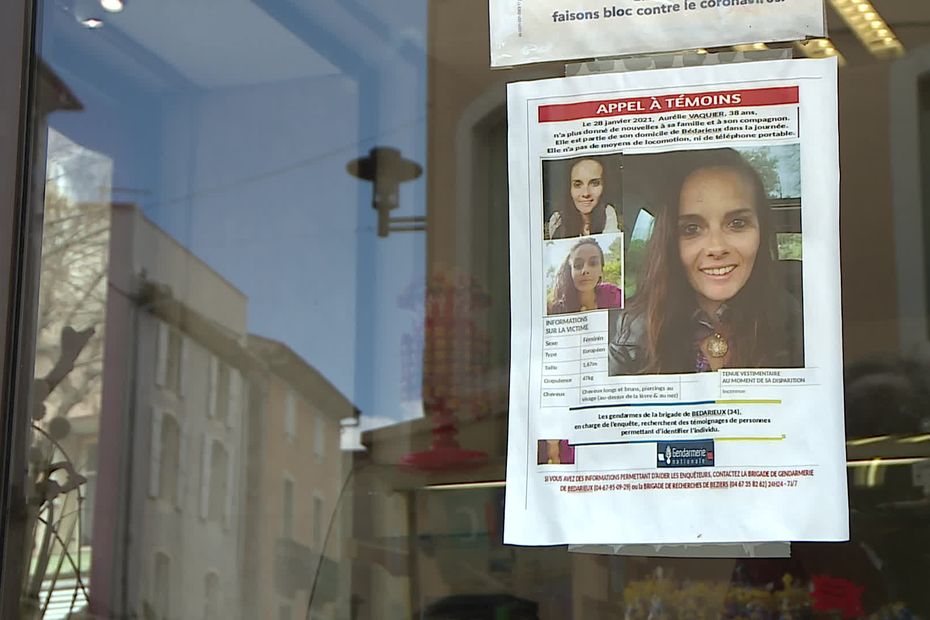 Disappearance of Aurélie Vaquier: a lifeless body found under a concrete slab at her home in Bédarieux

This Wednesday, a lifeless body was found hidden under a concrete slab at Aurélie Vaquier’s home in Bédarieux by soldiers from the Béziers gendarmerie company.

This Wednesday, April 7, 2021, as part of a rogatory commission from the investigating magistrate, a lifeless body was found hidden under a concrete slab at Aurélie Vaquier’s home by soldiers from the Béziers gendarmerie company, from the Montpellier research section.

They were accompanied by the IRCGN (Institute for Criminal Research of the National Gendarmerie) equipped in particular with a search dog for missing persons as well as a “ground penetrating radar” allowing the sounding of floors and partitions, explains the Public Prosecutor. Republic of Béziers, in a press release.

“The criminal investigation technicians of the Montpellier gendarmerie group are currently carrying out the meticulous extraction of the body which has not yet been formally identified and a forensic doctor is on site,“says Raphaël Balland.

His companion in custody

Aurélie Vaquier’s companion, a 39-year-old man who still resides in the couple’s home, was taken into police custody at the end of the morning.

Aurélie Vaquier, 38, had not given any sign of life since January 28, 2021. She would have left the marital home without any means of payment or locomotion, with only her cell phone and some clothes. But it was not until February 23 that the gendarmerie was informed by his companion of his worrying disappearance.

According to her companion, Aurélie would have left herself to indulge in her passion, writing. She only took a few clothes, her cell phone and her toiletry bag. Samire says he received another message “reassuring”From Aurélie via Messenger on February 13.

But the authenticity of this message is questioned by some close to the young woman. “There were a lot of spelling mistakes, so Aurélie was very careful not to make them”, Observes Emma * (the first name has been changed), one of her close friends. And above all, the trail of voluntary departure seems to them incompatible with the personality of their friend.

The searches, coupled with the numerous beatings organized by her family and friendly circle, and the first investigations carried out by the investigators did not make it possible to locate the missing person and to understand the circumstances of this disappearance.

Continue reading on these topics