During confinement, single-parent families between getting by and exhaustion: “I try to be on all fronts, but I am human and exhausted” 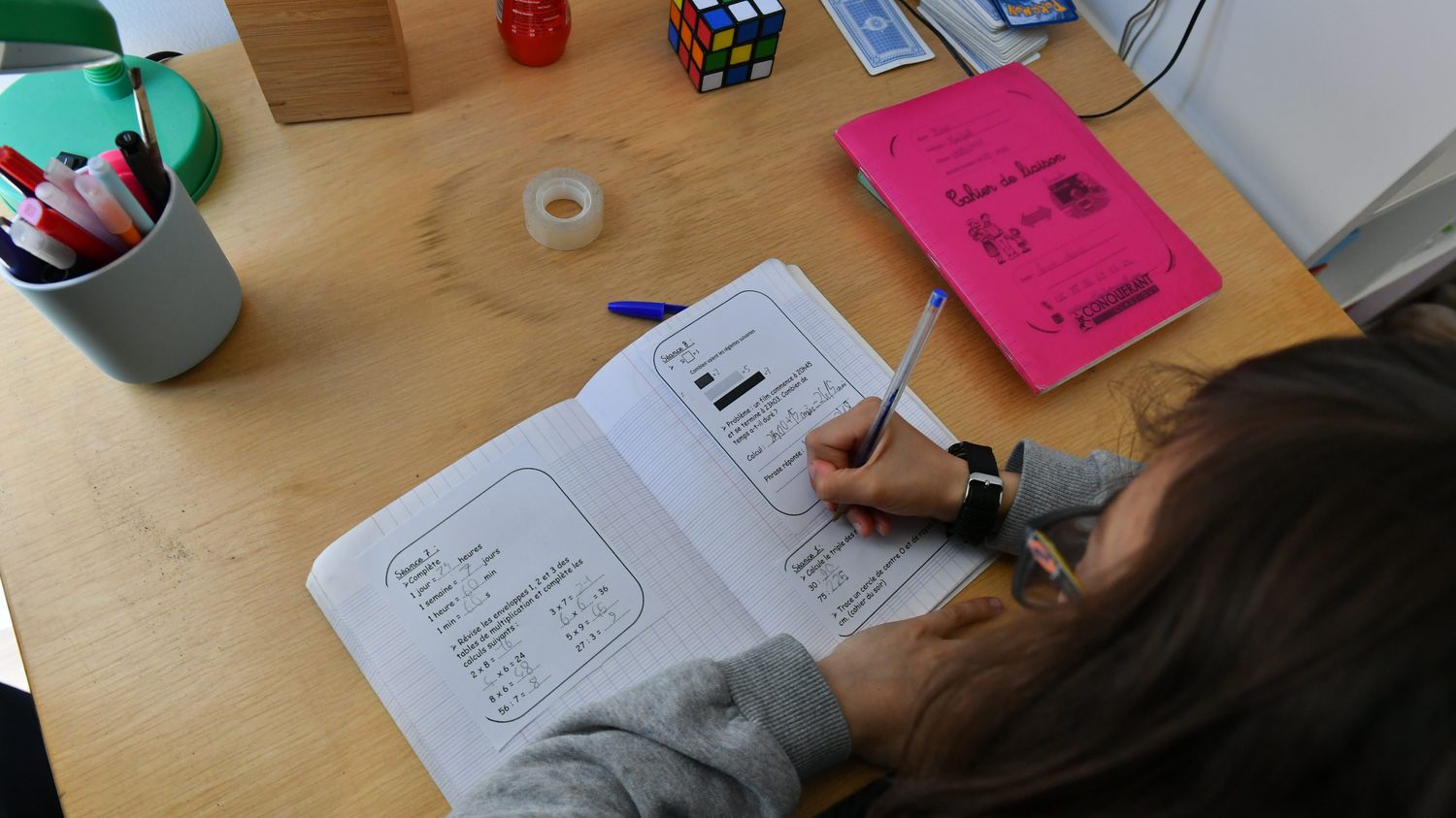 During confinement, single-parent families between getting by and exhaustion: “I try to be on all fronts, but I am human and exhausted”

“This new confinement with the schools closed, I saw it like a sword of Damocles above my head.” Céline, who is raising her three boys aged 6 to 12 on her own, says to herself “at the end”. In teleworking, this 43-year-old executive assistant struggles to juggle her professional activities and distance education for children, which resumed Tuesday, April 6. “It becomes impossible for single parents to manage everything”, she breathes.

In France, one in five families is a single parent, according to INSEE data. Homes which, like Céline’s, are overwhelmingly made up of single mothers with children. For these parents “solos”, difficult to manage at the same time “home schooling, children’s anxieties related to re-containment, work and daily tasks”, says this mother.

“I try to be on all fronts: work, the education of children … But I am human and tired.”

Even before the schools close, “the children were already at home”, due to cases of Covid-19 in classrooms or absent teachers, says Céline. For several weeks now, his days have been spent at “100 per hour. To do everything at the same time, to have no help and no respite, such is my daily life “, she exposes. A pace that she has not been able to keep up since the start of the week, however: “I had to go on sick leave, I fell into exhaustion.”

Nicolas, father of a 5-year-old child, also has busy days. At 49, he works telework in the banking sector and has completely turned his schedule upside down to take care of his son during the school closings. “During the day, I mainly work on tasks that require little concentration, he explains. For example, I cannot write reports with a lot of numbers, when [mon fils] is next to me “. A situation that often forces Nicolas to continue his work after his child goes to bed, “two to four hours a night”.

What solutions are offered to parents to try to better reconcile work and childcare? Labor Minister Elisabeth Borne announced on April 1 that teleworking employees could request to be placed in partial employment “if the guard [des] children ” the “prevents to continue [leur] normal activity “. They then benefit from compensation up to 84% of their net remuneration, or 100% for employees earning the minimum wage.

But this option seems unlikely for many single-parent families. “In the Paris region, having only one source of income is a bit tight, so I can’t afford a pay cut”, Nicolas breathes. An opinion shared by Stéphanie, mother of two children aged 6 and 10: “When you are two parents, you can live with a little less, but alone, I cannot.”

A commercial in real estate construction, Stéphanie alternates between remote and face-to-face work when she has to sign contracts with her clients. “Tuesday and Wednesday, I was forced to take the children to the agency from 10 am to 3 pm, reports this 45-year-old woman. I put them in an empty office next to mine, one on his console, the other in front of cartoons. ” For this employee whose income depends on her sales, it is impossible to refuse customers, “otherwise they will see the competition.”

Stéphanie also encountered the difficulty of finding an emergency care solution. In schools, reception is reserved for children of parents exercising a so-called profession “priority”, such as personnel from health establishments, the police, the gendarmerie or the penitentiary. “I can still keep them through an association”, but at “20 euros an hour, that’s still a one-off solution”. A problem that also raises Hélène *, mother of a 13-year-old schoolboy, who also juggles between telework and face-to-face.

Hélène *, mother of a 13-year-old schoolboy

Beyond the financial aspect, the problems are also material for this administrative agent in the public. At home there is only one computer. “I can’t lend it to my son when I need to work, she regrets. So he can’t home school. “

For these single parents, the organization of school holidays, which begin Friday evening for the whole country without distinction of zones, promises to be a new puzzle. For lack of a custody solution, Hélène will have to leave her young teenager “alone at home” during his face-to-face working days. “I have no other choice”, she resigns herself. Like Nicolas, Stéphanie hopes to be able to count on the parents of students from her entourage on leave to look after her two children, if only “a few hours in the day”. A few hours of respite that will just allow him to … work.

* The first names have been changed at the request of the interested parties.