Egypt: royal mummies parade in Cairo for their move to a new museum 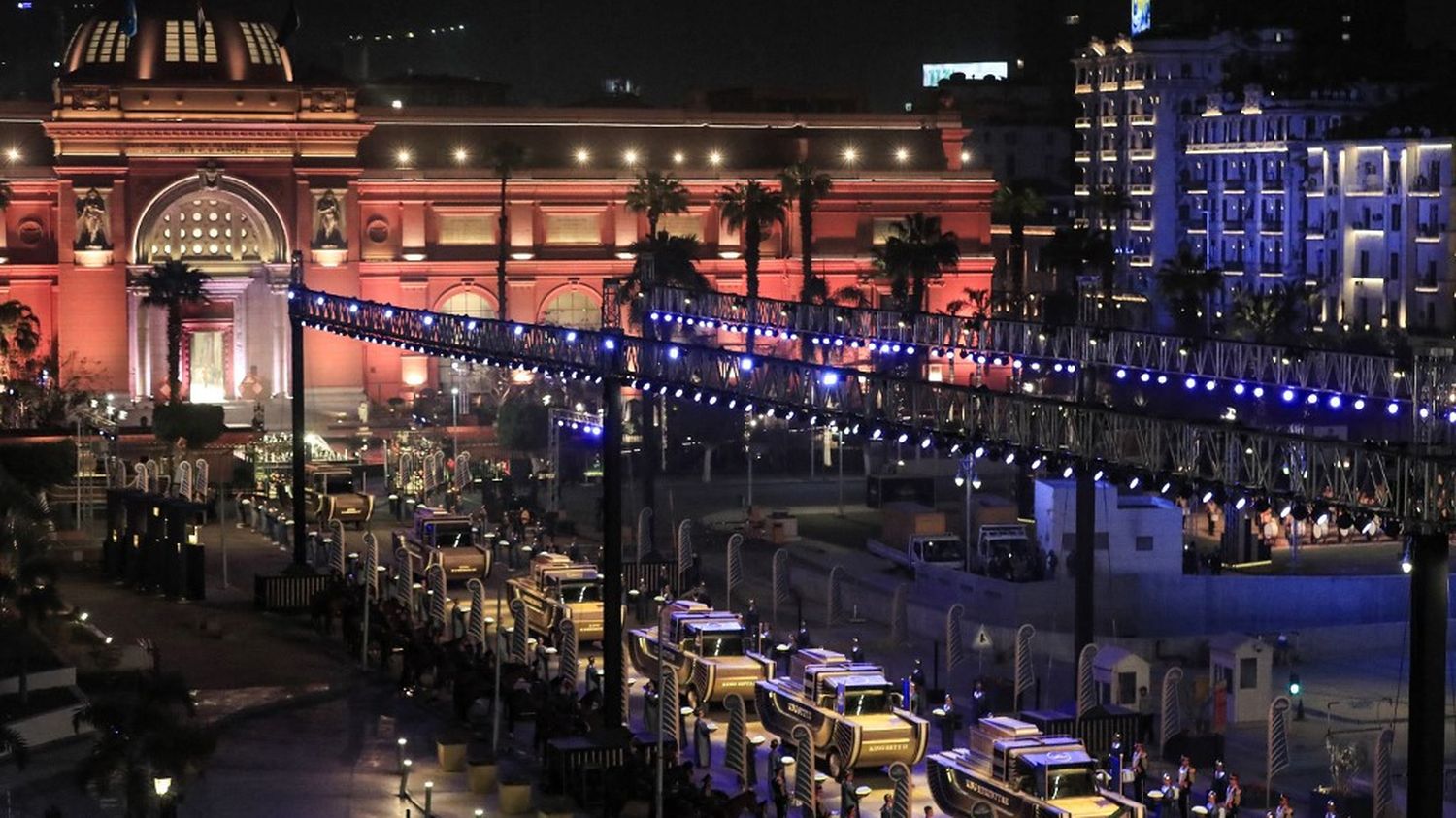 Egypt: royal mummies parade in Cairo for their move to a new museum

A move with great fanfare. Twenty-two floats carrying mummies of kings and queens of ancient Egypt marched, Saturday April 3, in the streets of Cairo during a grandiose spectacle, to join the National Museum of Egyptian Civilization (NMEC), new home royal spoils.

Framed by a mounted guard, the black chariots adorned with golden and luminous patterns reminiscent of ancient burial vessels left at around 8 p.m. local time Tahrir Square and the Cairo Museum, where the mummies had rested for more than a century. Under cannon fire, the tanks arrived at the new museum around 8:30 p.m., greeted by President Abdel Fattah al-Sisi.

In chronological order, the pharaoh Seqenenre Tâa (16th century BC), nicknamed “the courageous”, led the way, closed by Ramses IX (12th century BC). Among the most famous mummies are those of rulers Hatshepsut and Ramses II. In total, 60 motorcycles, 150 horses, 330 extras (sports students), 150 musicians and 150 percussionists from the Ministry of Defense were mobilized for the event, according to the authorities.

The NMEC, which occupies a large modern building, is scheduled to open to the public on April 4. But the mummies will not be on public display until April 18. Discovered near Luxor (south) from 1881, most of the 22 mummies had not left Tahrir Square since the beginning of the 20th century. Since the 1950s, they were exhibited there in a small room, without clear museographic explanations. At the NMEC, they will appear in more modern boxes “for better temperature and humidity control than in the old museum”, explains to AFP Salima Ikram, professor of Egyptology at the American University of Cairo.