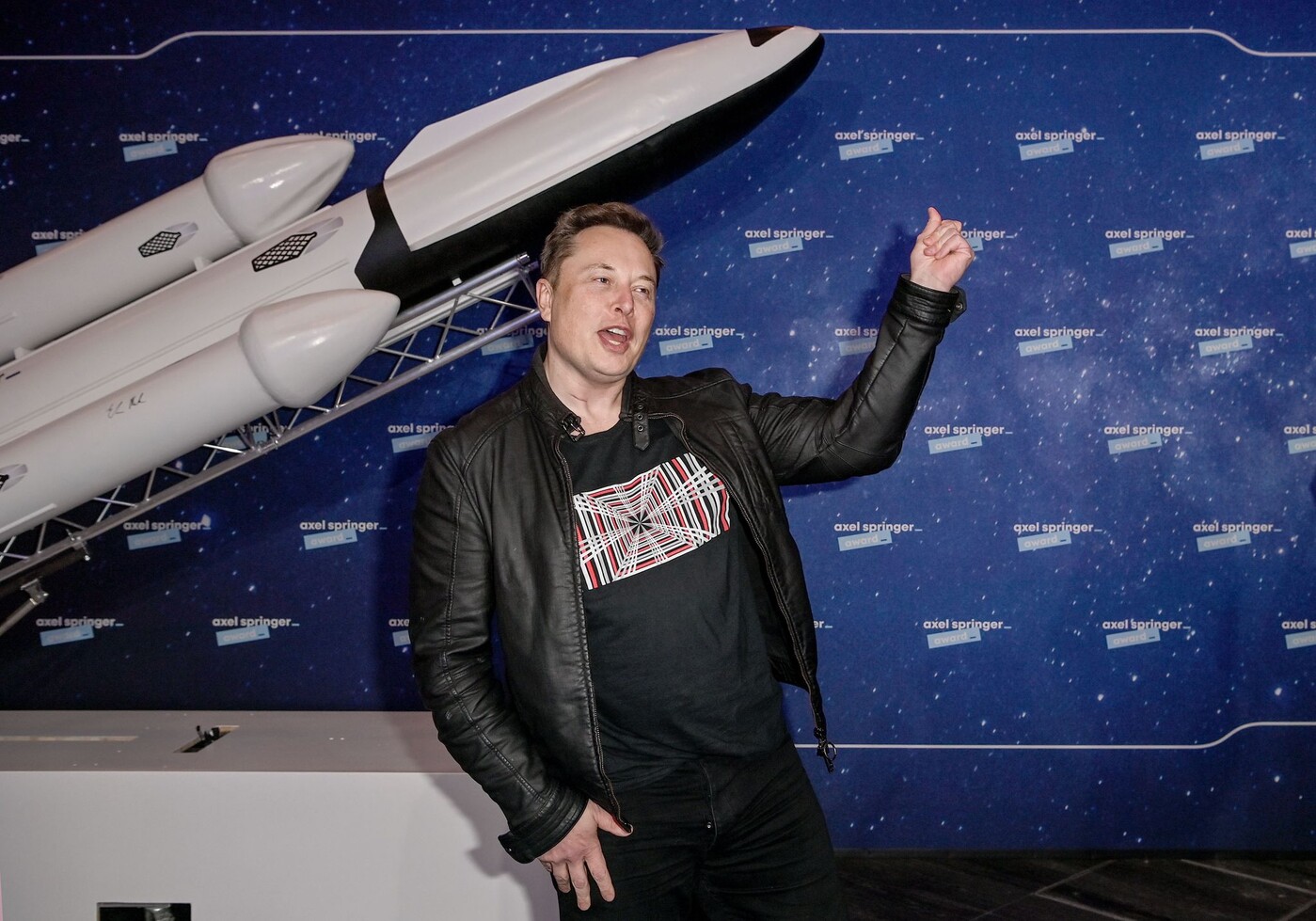 Jeff Bezos is no longer the richest man in the world. Thursday, January 7, he had his place stolen by Elon Musk. Entrepreneur star of Silicon Valley, the boss of Tesla dreams of bringing the human species into the era of space travel. He is revered as a visionary genius by his followers and described as a dangerous megalomaniac by his detractors.

It must be said that in twenty years, Elon Musk has become a major player in two industrial sectors, and not the least. With SpaceX, which he created in 2002, he was able to develop reusable rockets in record time that return to earth and land like flowers, and therefore allow satellites to be launched at a lower cost. In May 2020, its Falcon 9 launcher even successfully took 4 astronauts to the International Space Station. SpaceX is the first private company to transport humans into space.

With Tesla, which he has managed since 2004, he has popularized the electric car. The brand only sells 4 models, the cheapest of which is worth € 50,000. But customers reserve their vehicles months in advance. Tesla opened its first factory in China in 2019 and is currently building its first European factory in Berlin. It should have reached its goal of producing 500,000 cars in one year by 2020 and the market is applauding: the price rose 743% last year.

When Elon Musk embarked on this double bet two decades ago, very few were betting on his success. He was then a young digital entrepreneur from Silicon Valley, from South Africa. Co-founder of PayPal, an online payment service system, he found himself in 2002, at the age of 31, in possession of 180 million dollars (144 million euros) when the application was bought by e-Bay . And he put it all back into his cars and rockets.

In 2006, he landed in front of the participants of a congress of the space industry, in Washington, by announcing the robotic tone which is his when he speaks in public: “Hello, I am the founder of SpaceX and in five years you are dead”. At the time, the hall laughed and many predicted ruin for it. Today, the rest of the space industry is not dead but no longer laughs: launchers manufacturers are all looking for the key that allows their rockets to come back to earth for reuse. The same goes for the automobile, where manufacturers are all heading towards the electric car.

The success of SpaceX, a model for the future of American astronautics

If Elon Musk has succeeded, it is because he has been able to import into the industry methods from start-ups in Silicon Valley: collaborative work, incremental innovation, speed of execution. This is what a Tesla factory looks like: “White walls, red machines, automation pushed to the maximum, shared spaces, young engineers who walk around with PCs alongside operators, with no possible distinction between populations. Everything is done to minimize the obstacles to collaborative value ”, tells Michaël Valentin in a book (1) devoted to the Tesla model.

There is also a permanent search for economy and efficiency. Where the space industry used to use expensive materials, Elon Musk reuses components that already exist, without trying to reinvent everything, but focusing on a few essential improvements.

In his two companies, he has been able to attract very competent people and he is tyrannical with them, constantly imposing challenges on his teams to meet in impossible deadlines. He himself regularly boasts of sleeping in the factory and working 80 hours a week.

Elon Musk also has another face, more whimsical. Very present on Twitter, where he has 41 million subscribers, he praises his successes and multiplies the schoolboy jokes. This way of communicating has already cost him dearly. In August 2018, he announced that he wanted to buy back his own shares to get Tesla off the market. The course flies away. Yet he is unable to honor this thoughtless promise. The market surveillance authority imposes a heavy fine on him. He must also leave the presidency of Tesla, of which he retains the operational management.

This is called the domino effect pic.twitter.com/qpbEW54RvM

Another mishap, in July 2018, he wants at all costs to participate in the rescue of 12 young Thai footballers trapped in a cave. It offers a hastily designed small submarine at SpaceX. But the British speleologist who directs the rescue refuses his intervention. Elon Musk gets annoyed and calls him on Twitter of “Pedophile”. The case ends in court.

A car launched into space

The character’s scattering surprises. At the head of two companies each of which would be enough to fill a life, Elon Musk also finds the time to launch the ” Boring company “ who digs tunnels under Los Angeles, to develop a high-speed magnetic train, theHyperloop, or chips that could be implanted in the human brain (see below).

Sometimes his behavior even shows chronic immaturity, such as when he sets out to make and sell a flamethrower; when he baptizes his seventh child, born of his third wife, with the name “XAEAXII”, or when he places in orbit, to test one of his rockets, a convertible red Tesla with, at the wheel, a dummy in a diving suit of cosmonaut …

So, should we trust this great adolescent to bring 80,000 individuals to Mars by 2040, in order to build a permanent colony there, as he claims to want to do? ” Yes “, said NASA by signing a contract of one billion euros to transport its cosmonauts to the ISS. ” Yes “Tesla investors and customers also say. But there is arguably no other place, outside of the United States, where such a figure would find support and capital to continue his industrial adventure.

You’re here, headquartered in Palo Alto, Silicon Valley, near San Francisco, employed 48,000 people at the end of 2019. Its turnover that year reached 21.5 billion euros, with 367,000 cars sold. . The turnover for 2020 is not yet published but we already know that 500,000 cars have been sold. The business became profitable at 3e quarter 2019, after sixteen years of losses.

SpaceX, headquartered in Hawthorne, a Los Angeles neighborhood, has 6,000 employees. The turnover is not published, the company is not listed.

The Boring Company, also located in Hawthorne, does not publish any financial data, just a list of its tunnel projects in progress.

Neuralink, based in San Francisco, employs approximately 100 people. Its goal is to create a chip that can be implanted in the human brain to communicate directly with a machine.