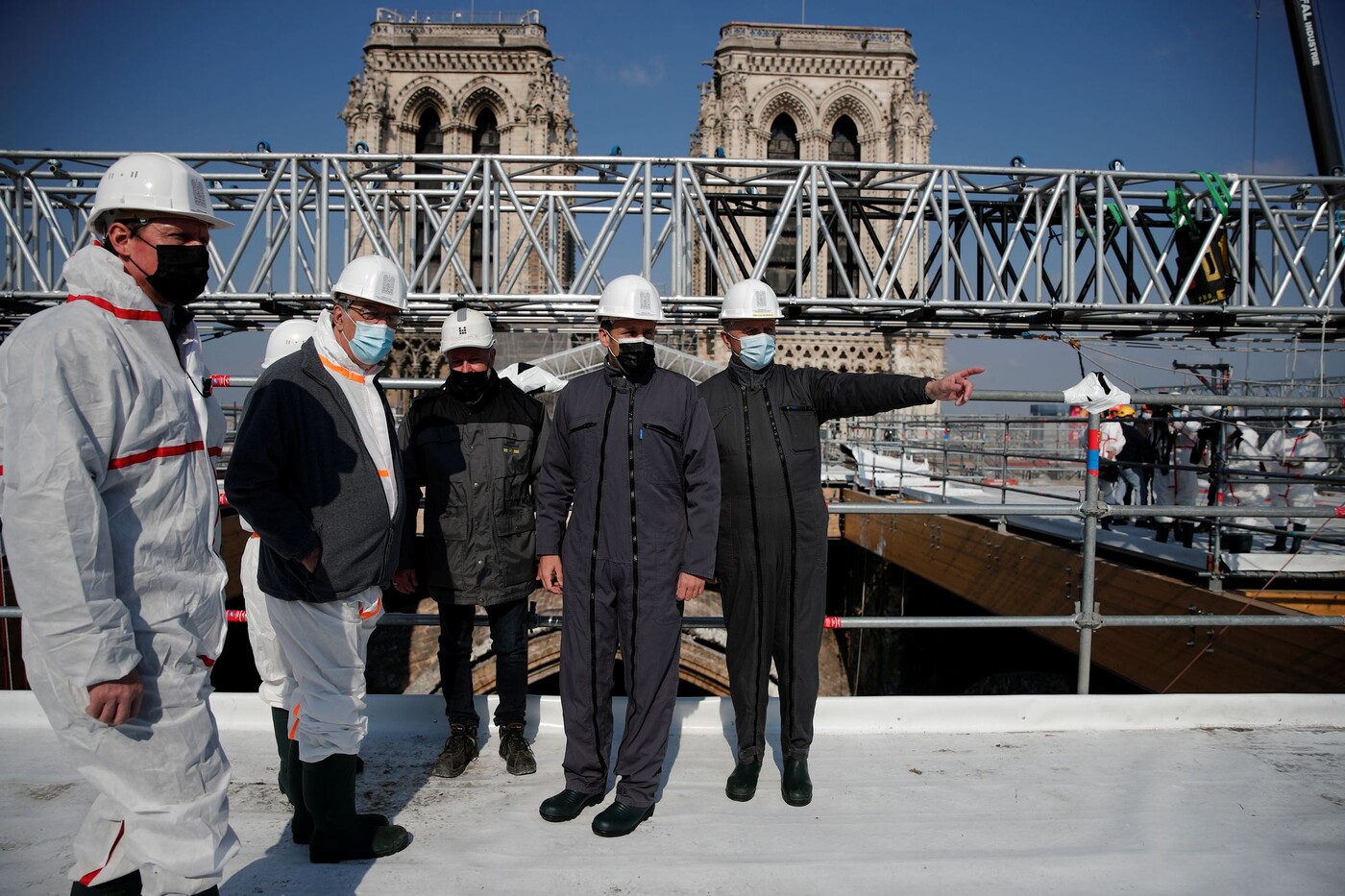 Two years. Two years since the President of the Republic, Emmanuel Macron, had not returned to the bedside of Notre-Dame. A delay and a restraint that contrast with the speed and voluntarism that the Head of State had shown on the very evening of the fire of April 15, 2019, hastening to the bedside of the burning cathedral and immediately launching a national subscription for raise funds and the promise of reconstruction in five years.

No doubt the president waited for a peaceful atmosphere to emerge from the site to go again to Notre-Dame. After the controversies surrounding lead pollution in the summer of 2019, the choice of an identical reconstruction in July 2020, the site is no longer under political tension. Everyone has become accustomed to the idea that the “five years” would mark the reopening of the cathedral to worship and visitors – and no longer the end of its restoration. And the site, whose securing phase is coming to an end, no longer stirs up controversies.

To mark the second anniversary of the fire, Emmanuel Macron therefore wanted to show his interest in the ongoing restoration, by visiting the site, in the company of General Georgelin, the man he placed at the head of the public establishment responsible for its restoration, thus keeping a direct link with this file from the Élysée Palace. Also at his side were Philippe Villeneuve, chief architect of historical monuments, Anne Hidalgo, mayor of Paris, Roselyne Bachelot, minister of culture, and Mgr Michel Aupetit, archbishop of Paris.

“A huge job has been accomplished”

Under a radiant sun, for more than two hours, the president made a great tour of the monument, after having submitted to the protocol related to the lead pollution present on the site and having put on a suit and helmet. He first went to a height, on the floors surmounting the building more than 40 meters above the ground. Above the gaping vault of the choir, he spoke with the architect Philippe Villeneuve, who explained to him the security work carried out over the past 24 months.

Obviously interested in his visit, the president then exchanged a long time with scaffolders and rope access technicians. Laid-back, he asked them questions, inquiring about their number, the nature of their work, “What was the hardest”. “Do it quickly and well, replied a rope access technician. You have given us an objective to stick to and we are sticking to it very rigorously ”. “We have our eye on 2024, Mr. President, at all times”, slipped, reverent, General Georgelin. Emmanuel Macron then went under the vaults, then in the choir of Notre-Dame, continuing his visit with carpenters and other trades.

“We are all impressed with what we see, said Emmanuel Macron, during his visit. We see that in two years an immense work has been accomplished. Everyone remembers today where we were two years ago, the emotion that was ours, that of all Catholics, of all Parisians, of all French men and women. ” The president praised everyone’s mobilization, “Professional but also personal and human commitment” and estimated that the site gave “A message of collective pride”. “It is a voluntarism and hope for this period”, he added.