Europe swept away by the second wave of Covid-19 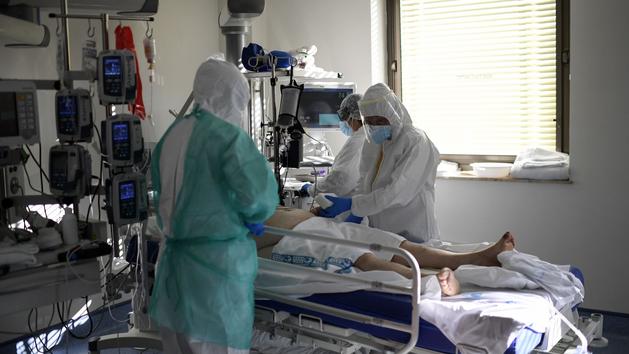 Europe swept away by the second wave of Covid-19


Europe, the epicenter of the epidemic in the spring, finds itself submerged by the new wave of Covid-19. “About half of the members of the WHO European region saw a 50% increase in the number of infections last week”, worried Monday the international body. EU leaders meet on October 29 to take stock, but in the meantime everyone is barricaded. In the cacophony, once again.

Ireland is the first to return to general containment this week in the hope of “Celebrate Christmas properly”, according to its prime minister. In the United Kingdom, the three million Welsh must also remain cloistered at home from this Friday, for two weeks. Closed cities, curfews, partial lockdowns … Other countries are struggling with less restrictive options to avoid getting there.

Europe, which lists more than 254,300 deaths from Covid, is therefore no exception to the dreaded rebound. “After a summer respite, the entire northern hemisphere is once again the epicenter of the epidemic, explains Antoine Flahault, epidemiologist and professor of public health at the University of Geneva. It is a disease which, in temperate zones, turns out to be very seasonal. “ Due to the lower temperatures but also to being more often in closed places with little ventilation. This wave is however different from the first, according to him, “First of all because it does not have the same epidemic force. Reproduction rate (the average number that an infected person contaminates, Editor’s note) is more than half less than in spring (it is for example 1.1 in France or 1.35 in Italy), thanks in particular to barrier measures. Then, the numerous tests carried out during the summer showed that the spread of the virus has never stopped. The latter gradually seeded the entire European territory ”.

One million cases in Spain

Apart perhaps from Norway – at least for now – no country seems to be spared this time, starting with those which have already paid a heavy price. Like France, Italy, the first country in Europe to be hit by the pandemic, is thus experiencing a sharp rise in contaminations (more than 10,000 per day). It has established a curfew in two regions, Lombardy and Campania. The same is true in Spain, which has crossed the threshold of one million cases and where the authorities impose more or less restrictive measures depending on the region. Madrid and its surroundings have been cordoned off since early October, for example. Belgium recorded 253,386 cases of coronavirus on Thursday, twice as many as a month ago. “No country in Europe has achieved collective immunity that could protect it, so there is no reason why those affected the first time are less so today”, estimates Antoine Flahault, who adds that Spain and France were tourist hubs last summer.

The situation is also worsening in Switzerland and Germany, countries hailed for their management of the first wave. Across the Rhine, the number of new infections exceeded 10,000 cases in less than 24 hours for the first time this week. A judged situation “very serious” by the health authorities, while Chancellor Angela Merkel called on her population to “stay at home” as much as possible.

Eastern Europe is not immune to the surge in cases either. It is also in the Czech Republic that the situation is today the most alarming: the country records 975 cases per 100,000 inhabitants over 14 days, that is to say twice as many as France! The government has just put in place partial containment (by restricting movement and closing non-essential stores), while ordering 2,000 additional beds, some of which will be used in the temporary hospital built on the outskirts of Prague.

If the responses to this rebound differ from country to country, they only serve one and the same thing, recalls Antoine Flahault in any case: “That people reduce their contact. As soon as this “R” drops below 1, we will have broken the exponential dynamics of the epidemic. But the longer we delay, the stronger and more authoritarian the measures must be. ”