Five years later, what remains of the Paris climate agreement? 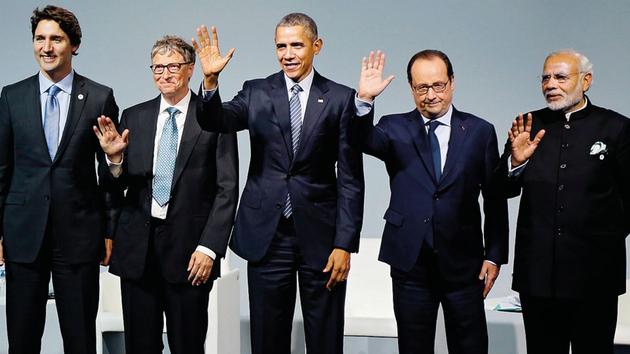 Five years later, what remains of the Paris climate agreement?

On December 12, 2015, 195 countries approved the Paris Agreement at the 21st Conference of the Parties (COP21) of the UN Framework Convention on Global Warming. What about today?

1. An idea that comes from afar

The Intergovernmental Panel on Climate Change (IPCC) was created by the UN in 1988. This multidisciplinary body is responsible for measuring the impact of greenhouse gases – including CO2 or carbon dioxide – on our environment. According to the IPCC, whose work is far from unanimous in the scientific community, the temperature would have increased by 0.85 ° C between 1880 and 2012. This would lead (among other consequences) to the melting of the ice, the rising ocean levels, the disappearance of certain species and the depletion of certain resources. During the Earth summit, held in Rio in 1992, arguing on the principle of “Common but differentiated responsibilities”, developed countries had pledged to reduce their CO2 emissions, but developing countries were not concerned. However, no quantified target had been decided. In 1997, the Kyoto protocol will set quantified thresholds but will not match them

This article is for subscribers only. You still have 74% to discover.