A deafening howl. Almost stunning. Two unreal minutes from which the meeting fell into another world. We had been playing for twelve minutes. The France and Portugal teams were still in the observation phase in this third and final Group F match, when the Ferenc-Puskas stadium caught fire on Wednesday 23 June. 700 kilometers away, Hungary had just opened the scoring against Germany and the evening was about to take a very special turn.

Rather discreet since the start of the meeting, the 45,000 Hungarians present in the walls of Budapest roared, exulted in a thunderous manner. The start of a match which took on a somewhat schizophrenic appearance between the reactions of the Hungarian, Portuguese and French supporters. These were superimposed in the 67th minute, in an incandescent clamor, when Hungary scored their second goal against the Nationalmannschaft, seconds before Paul Pogba found the bar on a deflected shot by Rui Patricio.

Difficult at times to stay totally focused on the game and the 22 players on the pitch, while the noise came from everywhere and made the atmosphere almost worrying. To tell the truth, we had never heard such a din, in a stadium with impressive acoustics. Inaugurated in 2019, the Ferenc-Puskas stadium is the little toy of the Prime Minister, Viktor Orban, who did not hesitate to invest half a billion euros for its construction.

The result is successful and this huge 68,000-seat enclosure, in which 57,000 people were on Wednesday evening, including 7,550 French supporters, is impressive. The stadium is just as impressive from the air – you can clearly see it when you land in the Hungarian capital – as when you approach it on foot. It perfectly reflects the Hungarian government’s enthusiasm for football and allows the local public to reconnect with this sport for the duration of a European championship.

THE HUNGARIAN PEOPLE IN MADNESS AFTER THE SECOND GOAL! (2-1) #GERHUN

It’s unheard of for me in a parallel match ❤️ # EURO2020 pic.twitter.com/uiGr2trvGI

Like last Saturday, the France team got hot in this Puskas Arena where it was still difficult to find a little fresh air this Wednesday evening. 33 degrees at kickoff, about 28 at the end, the heat was everywhere. Before the start of the meeting, several thousand French supporters had joined the stadium, located on the Pest side, in the east of the city, in the heart of an impressive procession.

After having set the mood in the thermal baths of Budapest in the early afternoon, the French supporters tried to do the same during the match. Their explosion of joy on the two goals of Karim Benzema (45 + 2nd, 47th) rocked the Puskas Arena. “It is an impressive stadium. I had never heard so much noise. It’s huge, there is incredible acoustics“, explained Didier, a French supporter who was about to attend his second game in a row in Budapest, before the meeting.

This follower of the Blues had therefore not lied. As soon as the team compositions were announced, it seemed obvious that the evening was going to switch to another dimension. “It’s a real arena. We are close to the field so we vibrate a lot. The stands are steep, we really have the impression of being at the ancient Games. The noise about the goal of the Hungarians last Saturday, it was amazing, I had never seen that“, noted Martin. 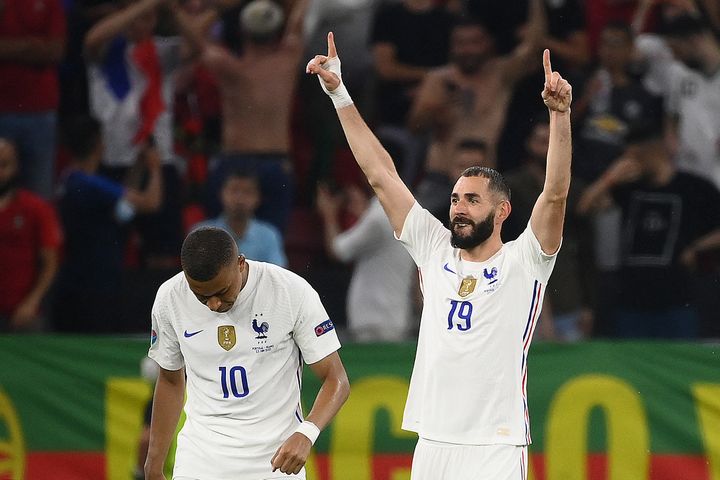 Maybe it was the heat or the fatigue, but that constant noise quickly gave us a slight headache. And I promise, that’s not because we haven’t seen a game with a packed stadium for over a year and a half. Lucas Digne had explained before the meeting, by videoconference to the press, “not to have heard the cries (of monkey)“, which the Hungarian ultras would have uttered against the players of the France team.

We will take the left side’s word for it, who made a lightning pass on the pitch this evening, because it was even difficult to hear our neighbor from the stands. An investigation after reports of monkey cries during France-Hungary, a homophobic banner during Hungary-Portugal … The Ferenc-Puskas stadium has been the scene, since the start of the Euro, of incredible scenes of jubilation in the bleachers, that polemics which come to tarnish the image of Hungary. The Puskas Arena has a unique atmosphere for it, but it does not escape the divisions of Hungarian society.

What Are Car Lifts Used For?

What is at stake during union elections in the public service

Revaluation of the SMIC: the group of experts pleads to give a hand to the branches