Free access to sacred art: the Antwerp altarpiece of the Virgin at Rennes cathedral 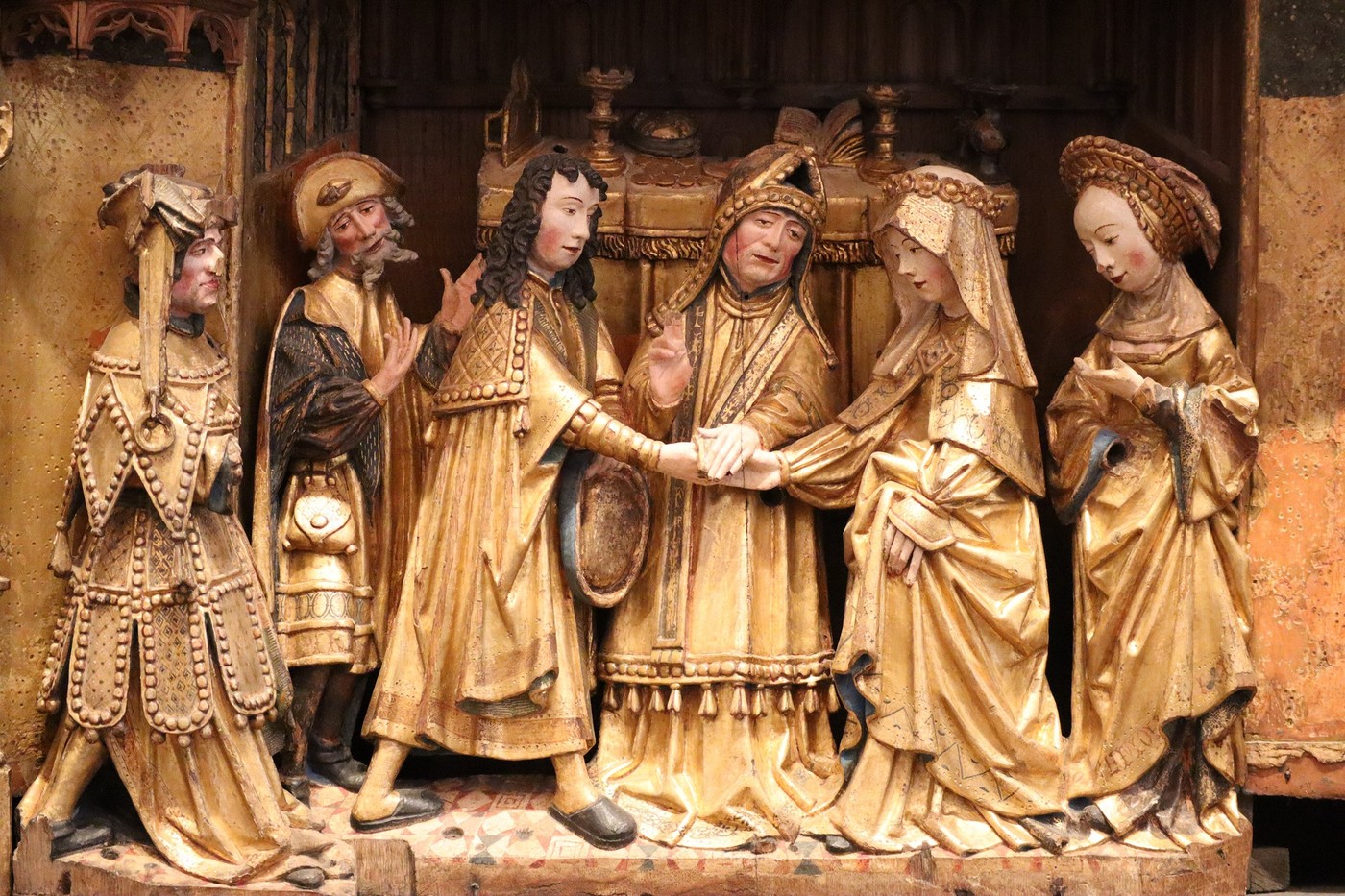 Free access to sacred art: the Antwerp altarpiece of the Virgin at Rennes cathedral

“There are innumerable works to admire in churches, so my choice fell on a work which was the subject of a recent restoration which concerned the Cluny Museum, and whose theme is in relationship with the Christmas period. This is the Antwerp altarpiece of the Virgin of Rennes cathedral that can be admired in the cathedral treasury (1), refitted in 2018.

This altarpiece, dating from the 1520s, is very spectacular: it is 4.30 meters high and its dominant color is gold. It was doubtless to take place on the high altar of the old cathedral of Rennes. Originally, it consisted of a hundred characters. Today we only have seventy-seven. Some were found thanks to the major restoration undertaken in 2013 by Drac Bretagne. After researching, we discovered that a piece kept at the Cluny Museum since 1860 was a member of the Three Kings suite. It is now the subject of a permanent deposit.

This work is exceptional for its iconographic ambition and its quality. There are complexions on the faces and hands, with pink highlights on the cheekbones and lips. The clothes are abundantly gilded, with gold leaf, and punched patterns draw flowers, brocades … By all means, we tried to capture the light, to make it vibrate on the surface …

Despite the mutilations it has undergone, the altarpiece retains great readability. One is able to enter into the moving character of the scenes, in particular those of the childhood of Christ. The characters of the Adoration of the Magi have almost all disappeared, but in the previous scene, we see the Virgin kneeling, her hair untied as in the vision of Saint Bridget of Sweden: she gets up, almost to give birth while standing, and she adores the child as soon as she gives birth. The spectator is the witness of the humanity of the Virgin in front of her newborn baby. “