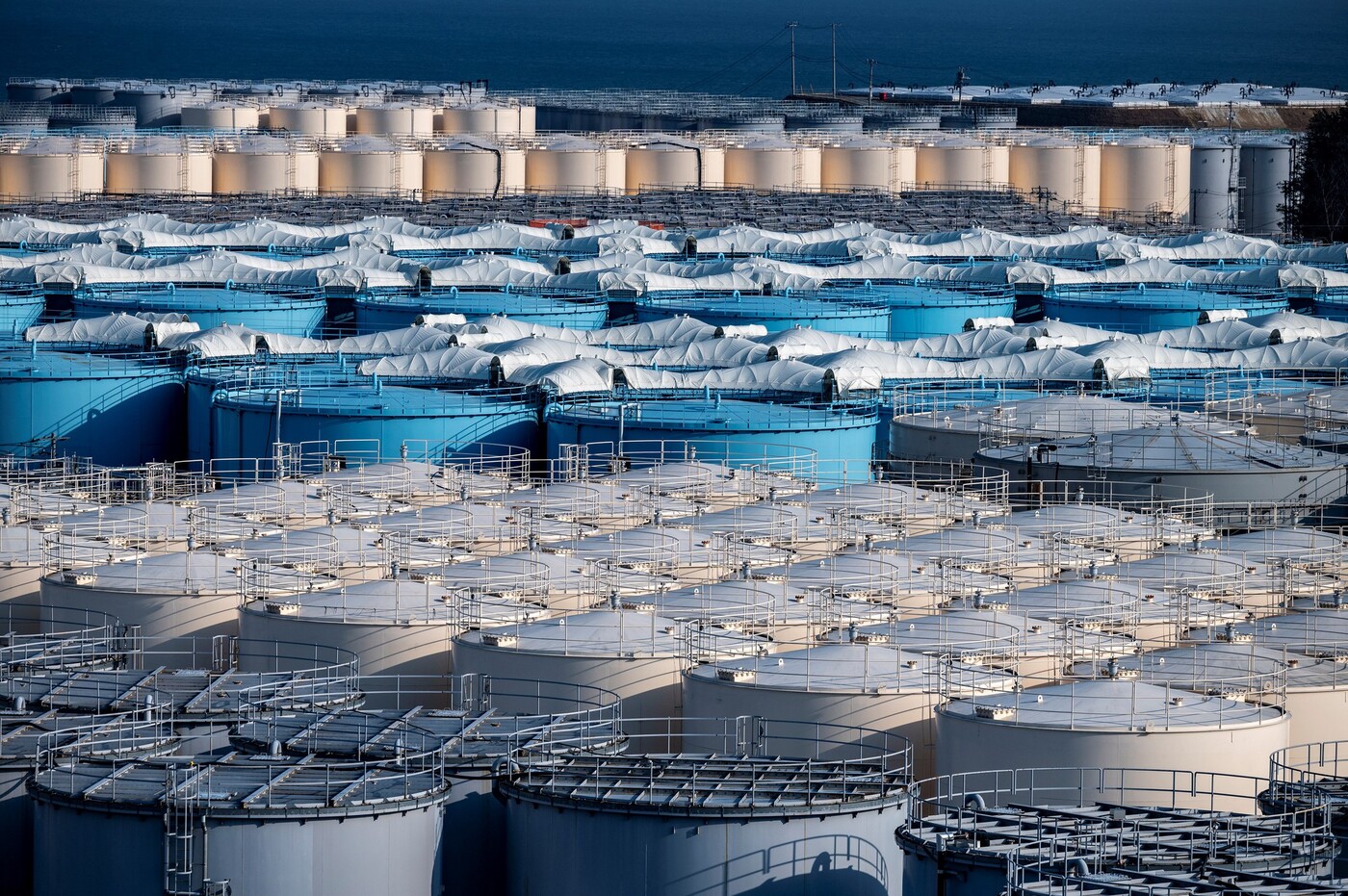 On the outskirts of the Fukushima Daiichi nuclear power plant, the scars of the most serious nuclear disaster of the 21ste century, which occurred on March 11, 2011, are still visible. A vast territory of 337 km2 grouping together seven municipalities where a little more than 20,000 people lived, remains completely off limits.

Radioactivity around the plant slows down work

In the months following the disaster, up to 12% of Fukushima county, or more than 1,650 km2, had been completed. And up to 165,000 inhabitants had been evacuated, by obligation or by choice.

→ MAINTENANCE. Fukushima: “Very few lessons have been learned from the disaster”

The invisible radioactivity, currently well above 50 millisieverts per year – the limit set in Japan for only workers working in this environment (1) – does not make a gift. Ten years after the powerful 9.1 magnitude underwater earthquake that triggered a deadly tsunami and inundated the nuclear power plant, the threat is far from over. Admittedly, many areas have been declared habitable again, following intensive decontamination work in recent years. But many of the “Displaced” of Fukushima are reluctant to return, despite state financial incentives and cheap rents.

Delays are piling up

On the site of the power plant, the challenge to be met is dizzying. 4,000 workers are still busy on site, daily, to control the “monster” and try to dismember it in order to render it harmless.

In the aftermath of the nuclear accident, the Japanese government and the site operator, Tepco (Tokyo Electric Power Company), had undertaken to dismantle the plant and its four reactors within the next thirty or forty years. However, if they have already succeeded in removing the nuclear fuel from reactors 3 and 4 of the plant, the delays are only piling up, because of the still very high level of radioactivity. In 2020, it still reached, in places, 500 microsieverts per hour.

Regarding reactor 1, heavily damaged by the hydrogen explosion caused by the core meltdown, the recovery of spent fuel from the storage pool was postponed until the end of 2031. This operation should have been finalized at the end of 2021. Regarding the removal of radioactive debris, a mixture of molten fuel and various materials such as steel and concrete, located in the vessel and the containment of reactors 1, 2 and 3, the operation, postponed year, should not start until 2022.

A site still not secure

Despite all these efforts, many scientists find the original goal of completing dismantling by 2051 untenable. “At this stage, we do not know at all if it is achievable”, underlines Tetsuji Imanaka, physicist and professor at the nuclear experimentation center of Kyoto University. According to him, the simple removal of contaminated debris “Is incredibly difficult”. This involves removing, using robotic arms, highly radioactive materials from a steel structure, 15 to 20 centimeters thick, itself protected, in addition, by concrete walls.

The total weight of this debris is estimated at 880 tonnes. “In ten years, Tepco has just managed to get images of the inside of the containment chambers and that’s all they have been able to achieve”, explains Professor Tetsuji Imanaka. And the withdrawal operation, scheduled for 2022, only plans to recover … a few grams of nuclear debris.

Tepco is doing everything to reassure public opinion

Ironically illustrating the fragility of the situation on the ground, a magnitude 7.3 earthquake struck off Fukushima on February 13. It caused a sudden drop in the water level in the containment of reactors 1 and 3. Tepco has been doing everything, for a month, to reassure public opinion. But everyone sees that the threat still lurks. “The scenario of another nuclear accident caused by a violent earthquake should not be ruled out”, says Tetsuji Imanaka.

→ READ. In Fukushima, decontamination of the most irradiated land progresses

Especially since reactors 1 and 2 are still not emptied of their spent fuel. “The risk is not high, concedes the scientist, but, in the worst case scenario, this could cause water leaks in the storage pools and release very significant radioactivity. All workers around the reactors will have to be evacuated. “

To this already urgent question of dismantling is added that of the future of the site. “The state authorities have promised officials of the Fukushima department that in 40 years, they will turn the plant into a wasteland without health risks. This is a very difficult task to accomplish, even when shutting down a plant that has not suffered an accident. It would take at least a hundred years and would require a pharaonic budget of over 770 billion euros! “, explains Shuji Matsuoka, professor at Waseda University, specialist in the case.

Currently, the costs of closing the plant are estimated at 60 billion euros by the government. Asked about the question, Tepco, who does not want to question a dismantling over thirty or forty years, explains that he “This is an unprecedented project at the global level”. “We are focusing on the next ten years. It is still difficult to predict how we will proceed with the dismantling ”, adds the firm.

For the Japanese authorities, one of the burning questions concerns the management of radioactive water. There is an emergency: they risk reaching the limit of the site’s storage capacities – 1.37 million cubic meters – by the summer of 2022. Last October, the government of Yoshihide Suga opted for their discharge into the ocean, before retreating in the face of strong opposition from public opinion – 55% of Japanese people are against it, according to a survey dated January – and, above all, that of local fishermen. In fact, 70% of the 1.2 million tonnes of treated water still exceed the authorized health standards.

The authorities are committed to substantially reducing radioactive substances (cesium, tritium, strontium) in these waters in order to avoid any health risk. The fishermen, on site, nonetheless control all their fish, only to market those with radioactivity below the sanitary standard (100 becquerels / kg). For them, this release of radioactive water into the ocean would have a devastating effect. “In my entourage, everyone is against, testifies Takehito Nitsuma, 60, himself a fisherman. If the rejection is realized, ten years of efforts will be annihilated ”.

Chronology of the disaster

March 11, 2011: the 9.1-magnitude submarine earthquake off the east coast of Japan is one of the most powerful on record in the world.

The earthquake triggers a tsunami which touches the coasts in 30 minutes (Fukushima, Miyagi and Iwate), with waves of more than ten meters. It causes the death of 15,899 people and leaves 2,527 missing.

The “wave” hits the Fukushima Daiichi power station. Deprived of power, it can no longer cool the core of three of its six reactors which melt. Several hydrogen explosions ravaged the reactors over the following days.

On the ravaged east coast, dikes were built over 430 km to protect against a forthcoming tsunami.