“Global security”: around 52,000 demonstrators across France, according to the Interior Ministry 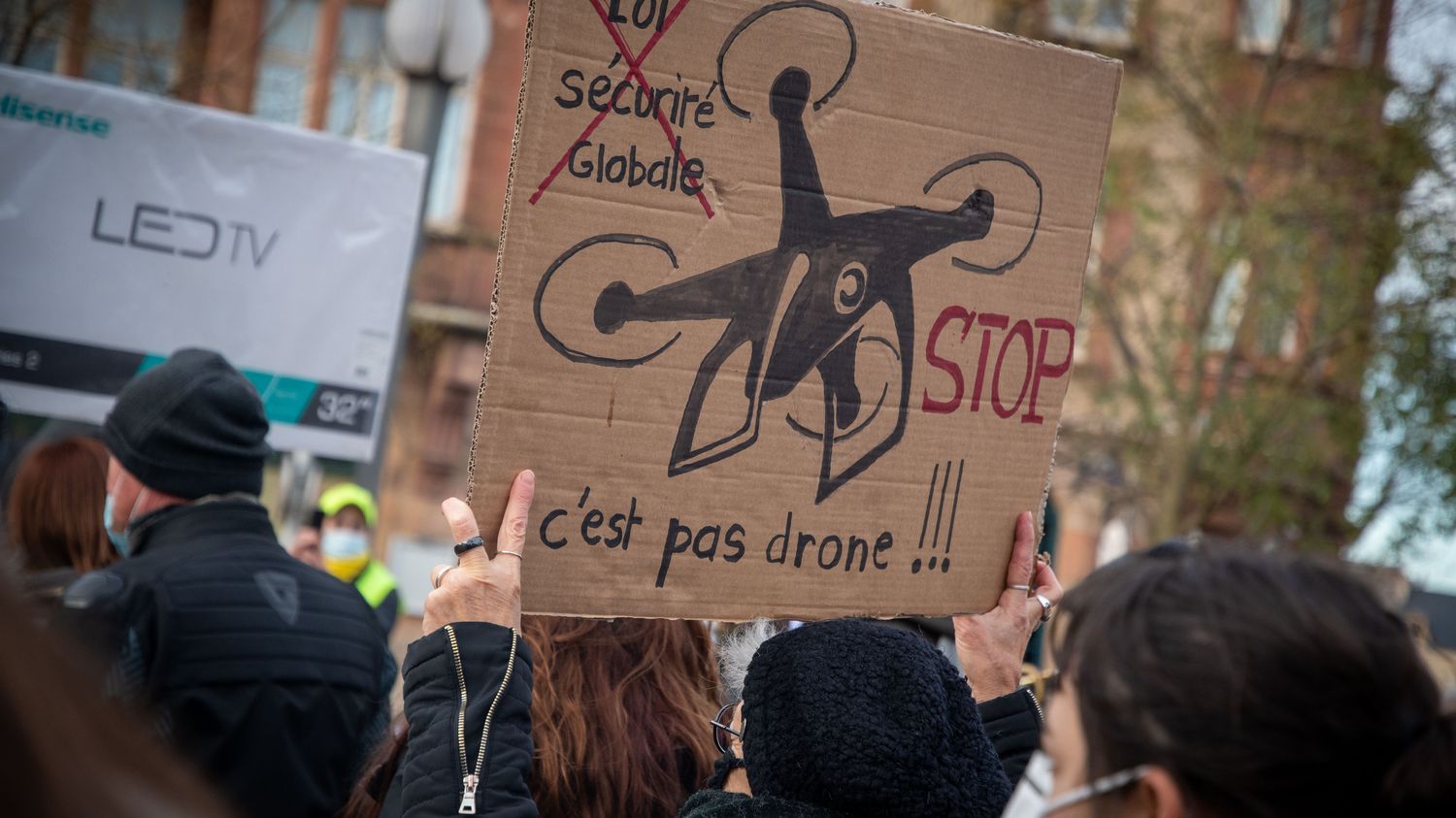 “Global security”: around 52,000 demonstrators across France, according to the Interior Ministry

The events organized on Saturday 5 December against the proposed law on “global security” gathered 52,350 people, according to the Interior Ministry. More than 90 rallies were announced at the start of the day. Some protestors “for social rights and freedom” joined those who oppose the controversial text, keeping the pressure on the executive.

At 8 p.m. on Saturday, 64 people had been arrested in France, according to Place Beauvau. The Paris prosecutor’s office, for its part, reported 21 people in police custody, including two minors, in Paris.

In the capital, the procession’s progress was slowed down by a series of incidents, acts of vandalism and other sporadic fires … The demonstration, which started at 2.15 p.m. from the Porte des Lilas, did not reach its point of arrival, Place de la République, only around 6 p.m., when most of the participants had already left the ranks.

Along the way, at least six cars and a truck parked along Avenue Gambetta in the 20th arrondissement were set on fire and several storefronts of banks and real estate agencies were damaged.

FLASH – The facade of a #Crossroads Market was attacked on avenue Gambetta on the sidelines of the demonstration against the #GlobalSecurityLaw. Cars were also burned. Voltages at #Paris. (@ybouziar for Mediavenir) # December 5 # Freedoms March pic.twitter.com/meGY0fDJdn

Construction sites served as a supply base for various projectiles and sporadic fires were started here and there by groups dressed in black and very mobile. Finally, the evacuation of Place de la République in the evening took place in a very tense atmosphere.

According to a police source, these individuals numbered 400 to 500, at the peak of the Parisian demonstration, of which they occupied the head of the procession. In Paris, 42 people were arrested, said the Prefecture of Police shortly after 8 p.m.

“The thugs are breaking the Republic”, reacted the Minister of the Interior Gerald Darmanin at the end of the demonstration, reporting eight wounded among the police. “Support for our police officers and our gendarmes, once again very violently taken to task”, he wrote on his Twitter account as the protest was about to be dispersed. “64 arrests (throughout France). Among the wounded, 8 security forces. Their courage and their honor command the respect of all. “

The thugs break the Republic. Support for our police officers and our gendarmes, once again very violently taken to task. 64 arrests.
Among the wounded, 8 security forces.
Their courage and their honor command the respect of all.

Nearly 90 rallies were scheduled in France and incidents have also been reported in Lyon, Dijon or Nantes, where two CRS were injured, one of them by a Molotov cocktail according to the Loire-Atlantique prefecture.

The first day of mobilization against the global security law had mobilized on November 28 between 133,000 people, including 46,000 in Paris, according to the Ministry of the Interior and 500,000 according to the organizers.