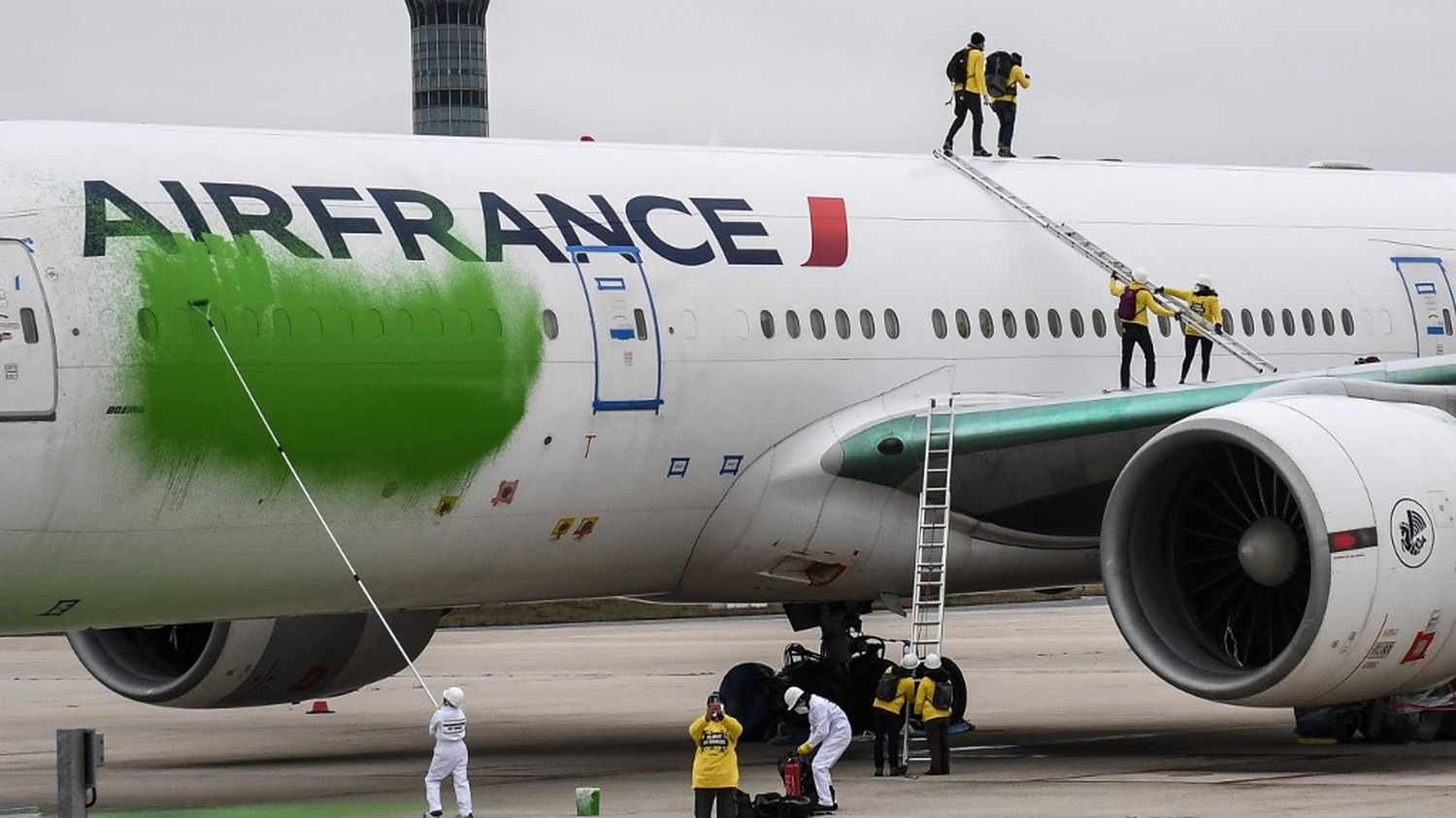 Nine NGO activists, dressed in yellow or white, climbed the fence of the airport tarmac around 9 a.m. and were deployed around an Air France Boeing 777 plane, parked on the ground and without passengers. on board. Using a roller mounted on a huge pole, they repainted part of the apparatus green for about ten minutes.

By this action, they intended to illustrate the “greenwashing” (“écoblanchiment” in French) is the fallacious use, according to them, of arguments relating to good ecological practices. Standing on a wing, several activists deployed placards which read: “Is there a pilot to save the climate?” or “The solution: fewer planes”.

The air transport gendarmerie quickly intervened to question the activists. Some, perched on the roof or the wing, refused to go down.

“We are here today to denounce the government’s ‘greenwashing’ on the issues of regulating and reducing air traffic and the lack of ambition of the climate and resilience bill” who is “an empty shell”, said Sarah Fayolle, transport campaigner at Greenpeace France.

“The government is promoting the green plane as the miracle solution to make the sector compatible with the climate crisis.”

The climate bill, which incorporates certain proposals from the Citizen’s Climate Convention, will be debated in the Assembly at the end of March and in a special committee from Monday. In a statement, Greenpeace called on MPs to go further, so as not to “continue as before, without calling into question a development model based on unlimited traffic growth that is untenable for the climate”. The NGO also asks that the State support the retraining of employees in the sector.