Only a few more days to wait before the Harry Potter anniversary show hits HBO Max (January 1) and Salto (January 2). Twenty years have passed since the release of the first film, a great opportunity for the actors to recall good … and bad memories. The actress Emma Watson, the interpreter of Hermione Granger, says she went through periods of doubt during these ten years of filming. In an extract from the show sent to the Anglo-Saxon media on Tuesday, December 28, she explains that she had even thought of leaving the saga. 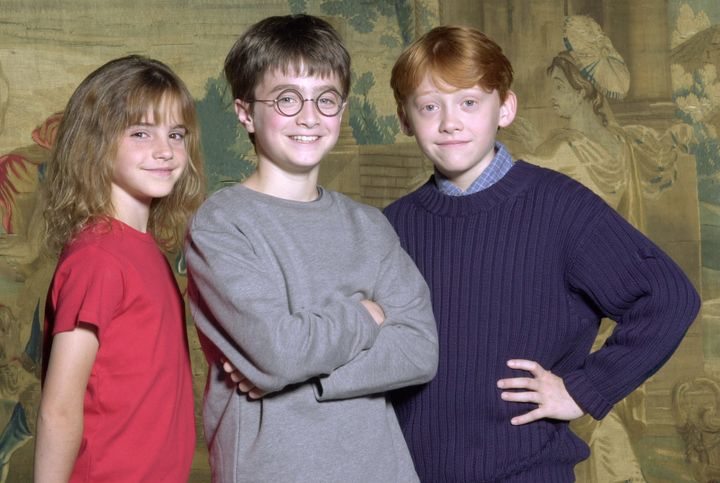 During the show, Emma Watson confides that she was no longer sure she wanted to continue the adventure as they were preparing to shoot the fifth installment of the saga, Harry Potter and the Order of the Phoenix (released in 2007). The reason ? Her sudden and dazzling fame, which she struggled to endure as a teenager. “People tend to forget how much she went through and how she held on, with grace”, said the actor who played Draco Malfoy, Tom Felton. “Dan (Radcliffe) and Rupert (Grint) were together, I had my friends while Emma, ​​besides being younger, was all alone.” In a video posted on his social networks, the actor also revealed footage of the rehearsals ofHarry potter, where we can see his beautiful bond with the actress.

Surrounded by her former playmates, Emma Watson adds that not long ago, she had come across her diary of the time. She spoke a lot about her loneliness there and had really realized how much she was not “happy” at that point in his life. The young actress achieved great and rapid notoriety due to the success ofHarry Potter and the Sorcerer’s Stone, released in 2001. She was eleven years old at the time.

A feeling shared by his two acolytes in the film, Daniel Radcliffe (Harry Potter) and Rupert Grint (Ron Weasley). “NOTWe never really talked about it. I guess we were going through things at our own pace, we were in the moment at the time. It didn’t really occur to us that we probably all had similar emotions, ” Rupert Grint comments in the excerpt.

Emma Watson, now 31, assures us that no one needed to convince her to stay. “The fans really wanted us to be successful, and we were all really supportive of each other. It was great.”

Heat stroke in France: “We are already in an anomaly of more than 2.7 degrees compared to the average” since the beginning of May, according to a forecaster

“The Mage of the Kremlin”, in the shadows of Russian power

Vasectomy is progressing, but still puts off many men