Honduras: the Mayan ruins of Copan in a precarious state 40 years after their classification by Unesco 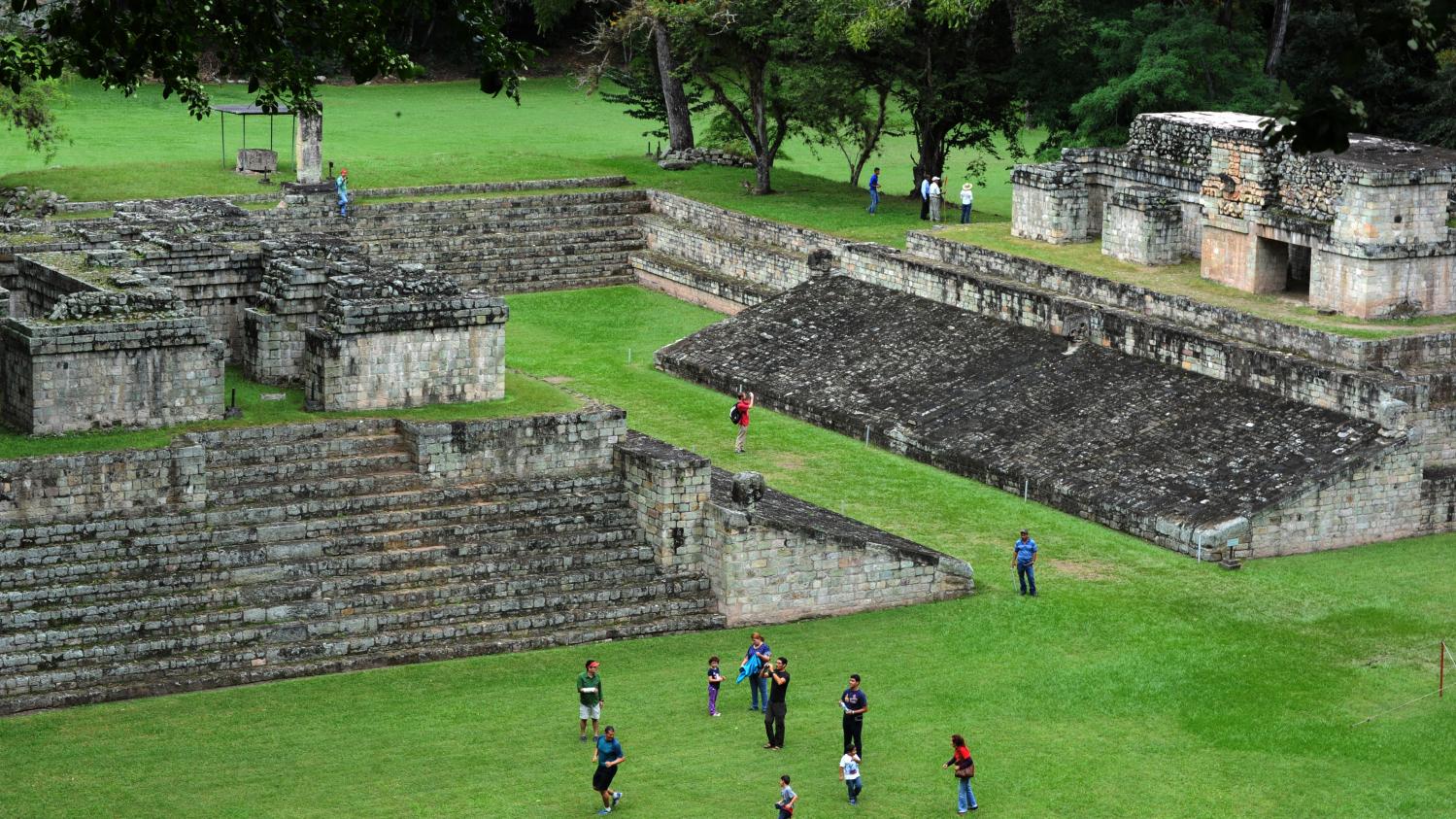 Honduras: the Mayan ruins of Copan in a precarious state 40 years after their classification by Unesco

The hieroglyphic staircase, jewel of the ruins of the Mayan city of Copan (western Honduras) is still protected only by a tarpaulin, just 40 years after the ruins were classified as World Heritage by Unesco.

The 63 steps of the impressive 1,100-block structure of volcanic tuff rise up to 12 meters high in the tropical jungle, 300 km northwest of Tegucigalpa. The staircase “is an exceptional combination of architecture, sculpture and writing“, underlines French archaeologist René Viel, who guides the AFP team through the ruins.

However, this heritage is threatened by the affronts of time and demographic pressure: it is high time to “develop a protection strategy“of the site, warns the archaeologist. And the game is worth the candle: the ruins of Copan are a unique testimony of the Mayan civilization which extended its influence on the current territories of southern Mexico, Guatemala, Belize, Salvador and Honduras.

In 426 CE, King Kinich Yax K’uk ‘Mo’, dubbed by the king of Teotihuacan (southern Mexico), founded in the valley of the Copan river a dynasty and a political, civil and religious center. This would extend over 24 km2 for almost four centuries, until February 10, 822, after the reigns of sixteen sovereigns.

If the ruins of Copan pride themselves on their ball playground, the second largest in Central America, and the tunnels that lead to royal tombs or the buried temple of Rosalila, “the hieroglyphic staircase is the most emblematic monument“, emphasizes René Viel.

The structure bears the longest text of all known remains of the Mayan civilization. The glyphs trace the history of the kingdom and its rulers. The city, whose ruins number a thousand buildings, was organized around the acropolis and a central square, according to a cosmological plan which served as a benchmark for astrologers to follow the movements of the sun and the moon.

For archaeologists, who qualify the city as “Mayan athens“, there is no doubt that here a theocratic monarchical society was established which had advanced knowledge in mathematics, astrology, architecture and writing.

He is the 13th king of the dynasty, known as “18 Conejo“, who initiated the construction of the staircase, continued and completed by his two successors,”Humo Mono“and”Humo CaracolAt its peak, the city had as many as 25,000 or 30,000 inhabitants, but the agglomeration, victim of poor harvests and stricken by famine, fell into decay in just 60 years, with the population dropping to about eight. 000 people.

“Here the king, like the pharaoh in Egypt, was the pillar of social and political organization. He was above all a priest, a divine king“… but he lost all credibility when he got his predictions about the rains and the time of sowing wrong.”This was the end of this social structure“, explains the French archaeologist.

The protection of the city abandoned for more than a millennium is “a great responsibility“, says the director of the site, Eliud Guerra. There was a plan to replace the tarpaulin which protects the stairs from bad weather with a more suitable structure, but the health crisis has stopped everything.

However, the data collected by half a thousand sensors measuring temperature, humidity, winds and sun exposure were reassuring, according to the director of the Archaeological Park. The tarpaulin, despite its rudimentary appearance, plays its protective role well.

So much the better, because, admits Eliud Guerra, it will take at least two years for a new structure to be installed, made up of 16 transparent sails which will improve the protection of the precious staircase. And which will make the site look better.

‘Sonu Sood or Salman Khan be made PM of the country’, see Rakhi Sawant’s appeal in the video