How is criminal irresponsibility decided? 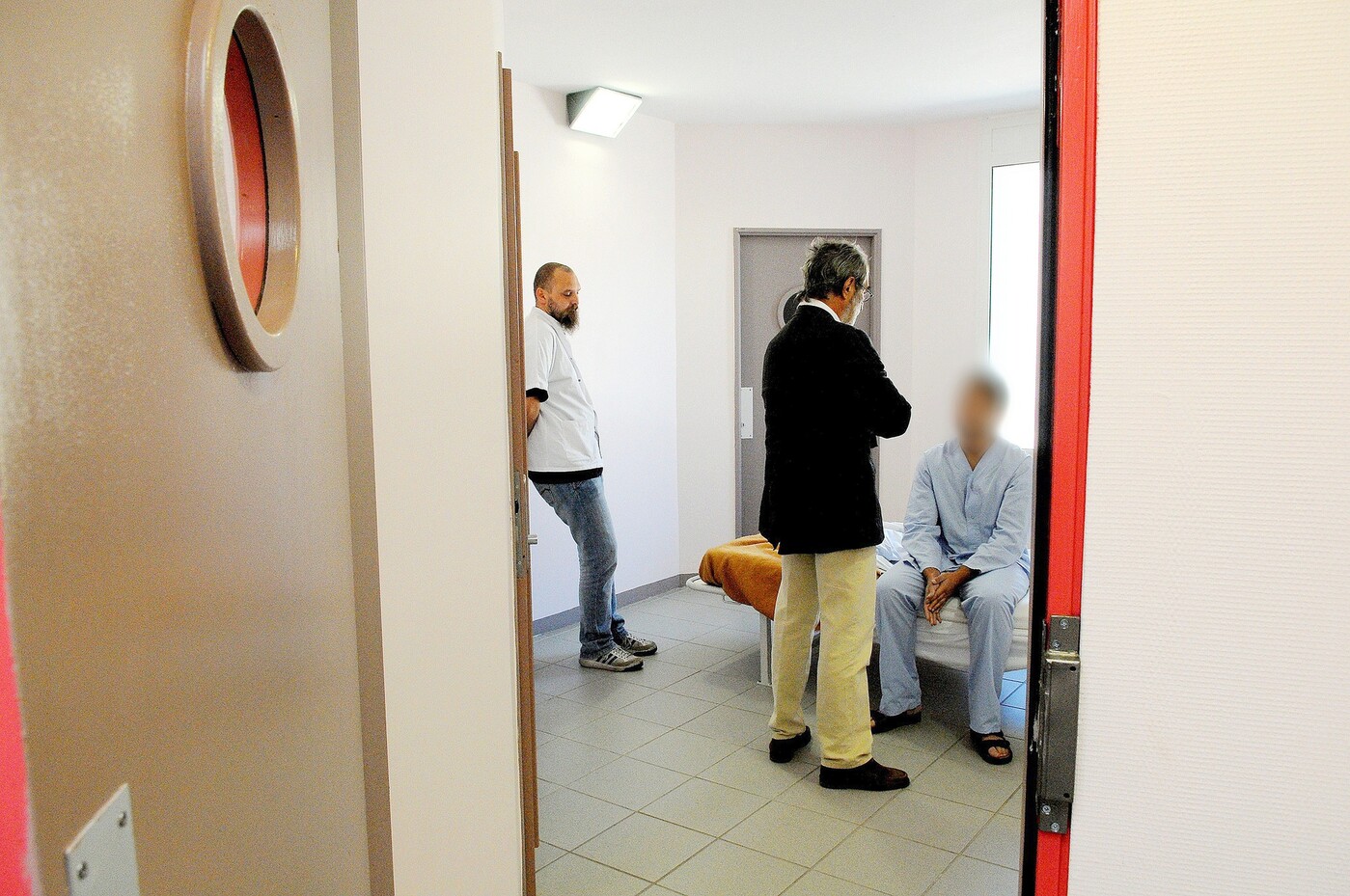 How is criminal irresponsibility decided?

How to respond to the shock wave generated by the Halimi affair? And should the law on criminal irresponsibility be amended? These very sensitive questions are at the heart of the news. This Tuesday, May 25, a bill on criminal irresponsibility must be discussed in the Senate. For its part, the Ministry of Justice is also preparing a text, announced for the end of the month. Two initiatives obviously linked to the court’s decision not to judge the man, 27 years old at the time of the events, who admitted to having, in 2017, defenestrated and killed Sarah Halimi, a Jewish pensioner who lived in Paris.

Beyond the political aspect, this painful story raises the question of expertise in criminal cases. How do psychiatrists come to speak out in favor of criminal irresponsibility? Why are some patients declared fit to stand trial while others are sent to hospital rather than to the courtroom? And how do these psychiatrists come to know, several months later, what was the psychic state of the subject at the time of the act?

These questions, the experts do not avoid them. On the contrary, we feel that they are eager to explain the way in which they make decisions which are sometimes very poorly understood by the families of the victims but also, beyond that, by public opinion. “We can first of all specify that of the 50,000 people indicted each year in France, only 0.5% are declared irresponsible”, underlines Doctor Manuel Orsat, secretary of the National Company of Psychiatric Experts of Courts of Appeal (Cnepca).

Another observation: the number of experts in a criminal case is variable. In some straightforward cases, only one psychiatrist may be appointed by the judge. But the more sensitive the case, the greater the number of expert opinions. They were no less than seven to have given an opinion in the Halimi case, including six in favor of irresponsibility.

Regardless of the number of experts, their work always begins the same way. Through an interview with the respondent. The objective, then, is to assess his pathological condition and to hear his word about what happened. “Many remember with great accuracy what they felt at the moment of the passage to the act”, explains Professor Jean-Louis Senon, expert in Poitiers.

How can we be sure that the accused, then, is not feigning mental illness in order to escape trial? “These simulations remain very rare and are easy to detect”, answers Professor Senon. “A non-sick person can of course tell us that they hear voices or that they were hallucinating at the time of the incident. But this is not enough to conclude that there is a mental disorder, explains doctor Laurent Layet, president of the Cnepca. There are many other clinical signs to which we pay attention: the behavior of the person, his gaze, his perception of certain things, his ambulation sometimes. “

Most often, this interview takes place at a distance from the facts. At a time when the person, stabilized by the treatments, may be in a very different state from the one in which he was at the time of the act. The psychiatrist must then make a diagnosis “Retrospective” based on various elements. “There is first of all the similarity in the passages to the act. Recently, I investigated an individual who wanted to kill his janitor because, he told me, he was convinced that he had installed gas pipes to kill him, says Professor Senon. Looking at his file, I realized that in the past he had been hospitalized for this same delirium around gas pipes. “

The experts can also rely on the investigation file. “On what the witnesses could say on the state of the subject during the passage to the act, on the remarks which he made. We also look at his statements to the police just after the fact to see if they can be delusional or inconsistent “, indicates Doctor Paul Jean-François, psychiatrist at Villejuif hospital. “The statements of the family are precious. Often, we realize that she had warned about a worsening of his state of health, on the fact that he was speaking inconsistent or that he had left the house to live in the street. So many elements which also allow to establish the clinical state of the subject at the time of the facts ”, explains Doctor Layet.

In the end, the experts must decide on a central question: has the disease abolished or altered discernment? The difference is crucial. In the event of abolition, the person is declared irresponsible; in case of alteration, it can be judged. To rule in favor of abolition, the mental disorder must have had a direct and exclusive link with the act.

“The pathology must have caused a break with reality without the subject being able to analyze his environment, produce reasoning and adjust his behavior. On the other hand, if the disease was able to participate in the passage to the act without having entirely provoked it, one will tend towards an alteration ”, adds Dr Orsat, noting that differences between experts remain rare. “In 98% of cases, everyone agrees”, assures Doctor Roland Coutanceau, expert psychiatrist and criminologist. The mere fact of being afflicted with a disease is therefore not enough for the abolition of discernment to be pronounced. Which has not always been the case. “In the 1950s, it was enough for a diagnosis of psychosis to be made for, almost automatically, penal irresponsibility to be pronounced”, says Caroline Protais (1), sociologist and researcher at the Center for Research in Medicine, Science, Health and Society (Cermes3). “We now know that a person can be schizophrenic and commit an offense or a crime without his illness being necessarily responsible”, indicates Doctor Roland Coutanceau.

Should we judge the fools? Today, it would be hard to find an expert who answers in the affirmative. “ In the 1950s, there was still a current of alienists who believed that irresponsibility was inhuman, takes over Caroline Protais. According to these psychiatrists, if the person was declared insane, he could not reclaim his act and therefore be treated. The recognition of responsibility was, in their eyes, a foundational therapeutic act to get the person to work on his crime. “ This bygone era will perhaps make some politicians nostalgic who are quick to want to legislate after major events. “We can just tell them, speaking from experience, Professor Senon believes, that legislating under the influence of emotion is never a good solution. “