In Egypt, a mummy scanned, the causes of the death of a pharaoh revealed 3,600 years later 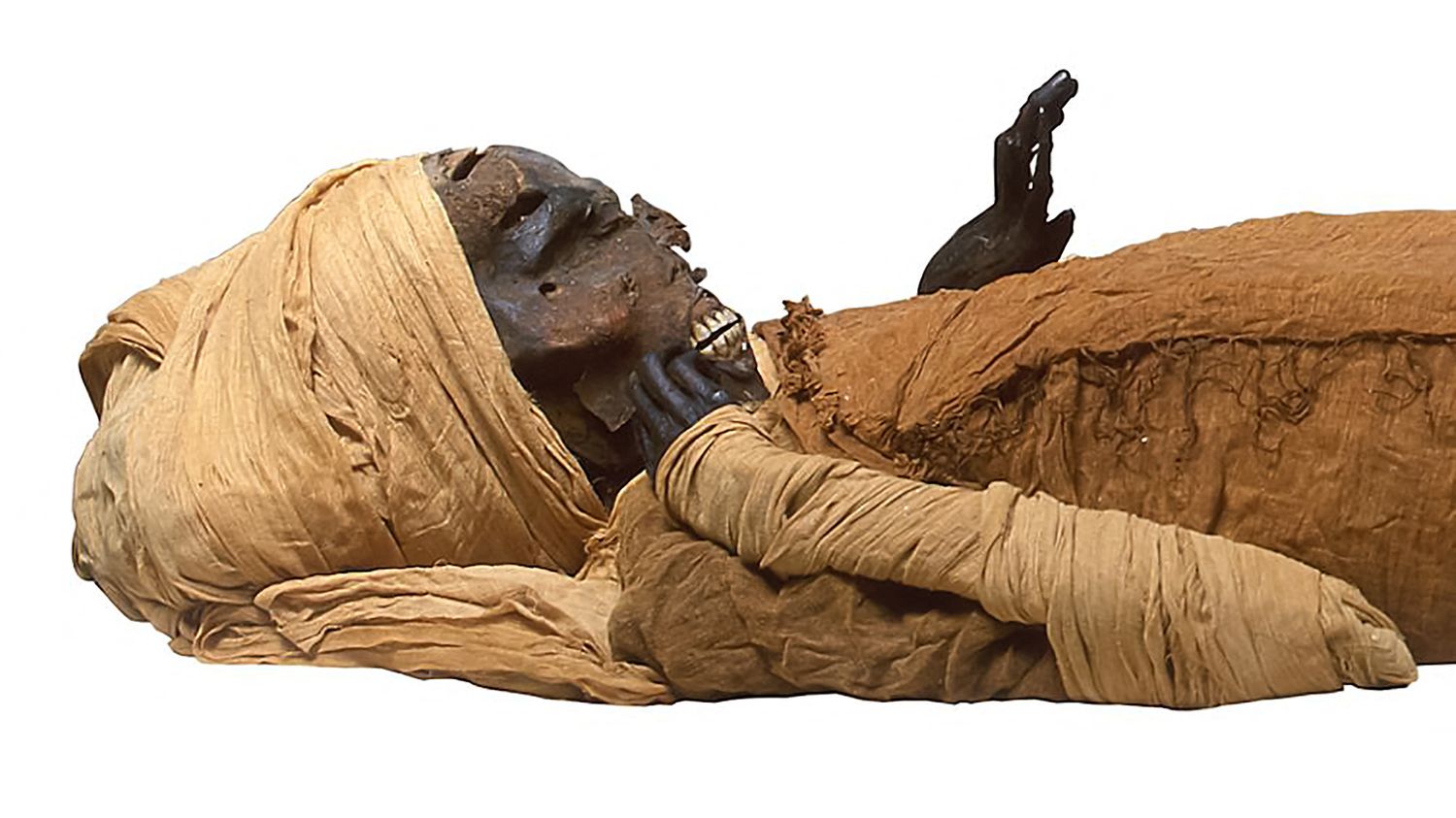 In Egypt, a mummy scanned, the causes of the death of a pharaoh revealed 3,600 years later

After X-raying the 3,600-year-old mummy of Pharaoh Séqénenrê Taa II, Egyptian scientists have established that he was killed in action, according to a study published in the journal Wednesday. Frontiers of Medicine.

Séqénenrê Taa II, nicknamed “the Courageous”, reigned over Egypt nearly 1,600 years before our era, during the 17th dynasty (-1625 to -1549). In particular, he led Egyptian troops against the Asian invaders Hyksos, the first foreigners to have conquered the Nile Delta.

Relying in particular on three-dimensional images, the study conducted by archaeologist Zahi Hawass and radiology professor at Cairo University Sahar Salim suggests that the pharaoh was killed by his opponents during a “execution ceremony”, after being taken prisoner on the battlefield, said a statement from the Egyptian Ministry of Antiquities.

Analysis of weapons (ax, spear and daggers) that belonged to the Hyksos indicated their “injury compatibility” of the mummy, and new contusions, hitherto hidden by the work of the embalmers, have been discovered, he continued. Through careful study of its skeleton, Egyptian scientists estimated that it “was 40 years old at the time of his death”.

For decades, researchers have tried to determine the circumstances of the death of this king whose mummy, discovered at the end of the 19th century and kept in Cairo, bears visible marks of wounds on his face, using imagery from the 1960s onwards. medical on his remains.

According to different theories, the pharaoh was killed by the king of the Hyksos himself or murdered in his sleep by conspirators. Others suggest that the poor condition in which the mummy is found could indicate that it was hastily embalmed, far from the royal mummification workshop.