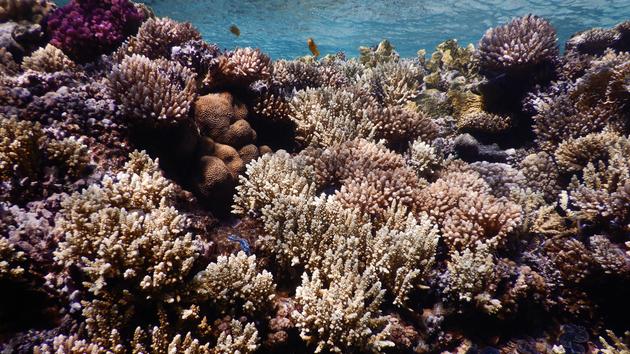 DECRYPTION – Researchers have analyzed these “supercorals” to unravel its mysteries and find a scientific explanation.

Far north of the Red Sea, a coral population has piqued the curiosity of scientists for ten years. While episodes of bleaching are more and more frequent all over the globe, the corals of the Gulf of Aqaba remain in pristine condition. An observation that led the P teamsr Anders Meibom, from the Federal Polytechnic School of Lausanne (EPFL, Switzerland) and Maoz Fine, from the Interuniversity Institute of Marine Sciences in Eilat (Israel), to analyze the biological peculiarities of these “supercorals”.

Usually, the increases in water temperatures disturb the polyps but also the zooxanthellae, these symbiotic algae that live in the coral and on which it depends for food. “These algae produce nutrients using photosynthesis, like green plants, explains Romain Savary, postdoctoral fellow at EPFL and first author of the study published in the journal PNAS. They are rich in pigments which give their colors to the reefs. When an episode