“In therapy”: Frédéric Pierrot, a discreet man in full light 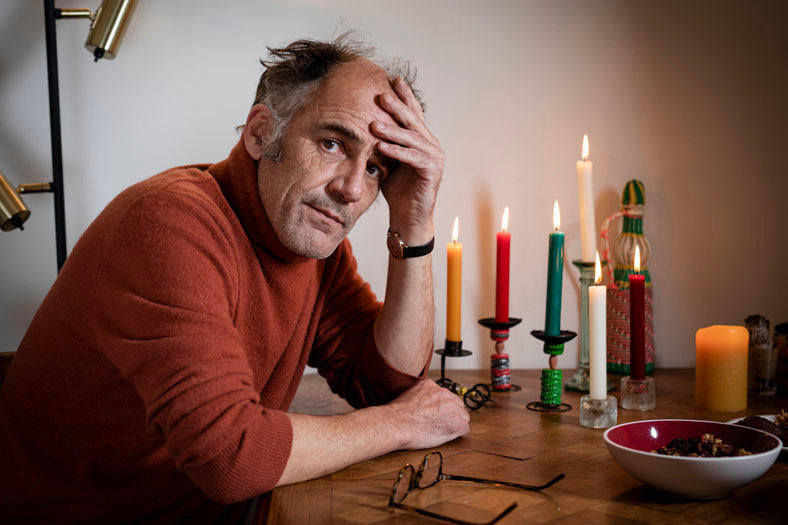 “In therapy”: Frédéric Pierrot, a discreet man in full light

He is one of those actors that we know, that we often see, but that the public has difficulty in identifying. Frédéric Pierrot does not deny this and even lets believe that this half-light suits him.

“When I started out, being famous scared me. Not being too identified is interesting, he blurted out. To achieve star status, you have to want it. And it is very limiting. The overly idealized expectation of the public, this insistent gaze, is a bundle that becomes a burden. “ The success of the series In therapy could lead him to another status. He doesn’t think about it, he said. The only survivor of the cast, he will be in the second season, currently being written. It has become indispensable, irreplaceable.

→ CRITICAL. “In therapy”: France on the couch

In the world of cinema and theater, Frédéric Pierrot, an endearing man, too long subscribed to supporting roles, is praised for the solidity of his playing, respected for the rigor of his work, appreciated for his personality. He speaks with this deep voice, with soft modulations, with the calm and the distance which he uses to compose, masterfully, the psychoanalyst in the series. In therapy, broadcast on Arte.

“It is the analysand, not the analyst, who traces the route”

He is part of all the episodes, the thirty-five, where he interprets, with masterful restraint, the pivot of the treatment which tries to untangle the knots of too dark areas, to absorb the painful aggressiveness of the patients. The one towards which converge the expectations, sometimes vindictive, of the analysands, and the gaze of the spectators. All watching his reactions and discovering his own flaws which widen from session to session.

→ LARGE FORMAT. “In therapy”, behind the scenes of the successful Arte series

Sitting in his chair, caught in the nets of a trying exercise of truth which advances masked, his face displays a subtle range of attitudes (movements of the eyes, quality of silence, benevolent empathy, nuanced revival of speech) governed by the listen, where one reads a contained and dizzying introspection. “It is the analysand, not the analyst, who traces the route, he insists on explaining his game. My first motivation, when I accepted the role, was to think that this series would do good for psychoanalysis, encumbered with too many preconceived ideas that push it away. I know the necessity, the usefulness, the relevance. It’s much easier than you think. “

A desire to be an actor came gradually

Words analyzed, for a long time, which establishes a parallel with his work as an actor. “We let ourselves be crossed by what is happening. The cure goes through the word. It is not very far from what we do with the text of others that we “incarnate” by a construction which has all the appearances of reality. “

For this Normand, the son of a veterinarian, the desire to act as an actor, with the risk of being known, came gradually. Arrived in Paris, still crammed at the Cinémathèque, the young Frédéric Pierrot imagined himself becoming a director. “But how do you talk to technicians and actors without knowing their job well? “ He retreated behind the camera, as a technician, head machino who secretly took acting lessons. “If I had revealed it, I would have lost all credit in the eyes of others. “

“Being an actor means navigating from one project to another”

One day, asked by a friend for a short film, he took the plunge. And he’s still there, at 60. Very present in the cinema as in the theater, called by the greatest directors and directors, without departing from this modesty which does not seem feigned.

The cigarettes which follow one another coat the timbre of this seductive, enveloping voice with nicotine, best used in the series for this role of reassuring and abused shrink. In the living room of his apartment in a popular district of the capital, decorated with objects, most of them African, and books, many on psychoanalysis, Frédéric Pierrot is unable to keep still. He gets up, sits down, gets up again before coming back to the table, that of his grandmother whom he venerated, where he has invited the visitor, come to make him talk.

“Being an actor means navigating from one project to another. “ It is also a life suspended from the desire of others, to await proposals. “Like in a romantic relationship. And what the audience sends me back is love. I always feel that something has happened between them and me. I am happy. “

Frédéric Pierrot stands on the edge of his time. He escapes “The degrading obligation to be of one’s time”, as Hannah Arendt said. He flees social networks, does not watch television, does not listen to the radio much, has canceled his press subscriptions. “This salutary withdrawal does me a lot of good. Cutting off from the general movement helps to find oneself better. “

His inspiration. “The people, the others”

“I do this job to say how I love other people. To bear witness to what touches me when I look at them, when I observe them. I try to give them back, to give them back, what is fascinating to remember from them. I love meetings. It is also for this reason that I like collective work in cinema and theater. And even on the radio, for the part of mystery. Where are those who are listening? Who are they ? What are they doing ? This sharing, for me, is always love. “