In Ukraine, local elections look like revenge for the old guard 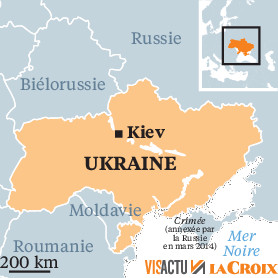 In Ukraine, local elections look like revenge for the old guard

If there is a symbol of these local elections in Ukraine, it is undoubtedly held on the shores of the Black Sea, in the seaside town of Odessa: Hennady Troukhanov, mayor in charge of the city since 2014, suspected of links with local organized crime, targeted for several months by an investigation by the National Anti-Corruption Bureau (Nabu), is heading according to the polls to a landslide victory in its race for re-election.

A pattern that will undoubtedly be similar, this Sunday, October 25, in most of the country’s major cities. “In regional capitals, 60% of current mayors are expected to be re-elected in the first round”, explains Lioubomir Missive, vice-director of Rating, one of the most reputable polling agencies in the country. A situation at first glance surprising, after 2019 having seen an unprecedented wind of degagism blow in Ukraine.

First, in April, there was the presidential election won by Volodymyr Zelensky, a television star without any political experience, then, three months later, the constitutional majority won by his party, “Servant of the people”, in parliamentary elections. In the local elections this Sunday, the presidential party still seems well on its way to take its first steps in many municipal and regional councils. But, paradox of contemporary Ukraine, many local pundits with sulphurous reputations owe their salvation in part to a decentralization reform launched after the revolution of 2014.

By allowing regions to keep the majority of local taxes (previously sent to Kiev before being redistributed across the country), it strengthened regional clans that “Have never been so powerful”, confirms Anatolii Oktisiouk, a political analyst based in Kiev. In Odessa, the reform doubled the municipal budget. Enough to renovate sidewalks and facades, buy new buses, improve public services… and finance poster campaigns in honor of the mayor.

The stake of these elections certainly goes beyond the question of the local elites, a year and a half after the thunderclap represented by the election of Volodymyr Zelensky. He remains the most popular political figure in the country, but 2019 has been marked by several scandals, chaotic reshuffles and the economic crisis caused by the coronavirus epidemic. All of this ended the aura of invincibility that surrounded him.

“Did I think a year ago that it would be that hard to improve things? No, I didn’t think so ”, recognized the president on October 20, in a speech in Parliament.

The main political forces of the country see in this deadline their first real opportunity to inflict a defeat on the former actor. Defeated flatly in the 2019 presidential election, the outgoing president “Petro Poroshenko considers this election as the beginning of his electoral reconquista”, says Anatolii Oktisiouk. Since his defeat, Petro Poroshenko has repeatedly accused Volodymyr Zelensky of encouraging the return of pro-Russian forces. Reverse criticism from the Opposition Platform, the country’s main pro-Russian party, for which the Head of State is unable to make peace in the East, still controlled by separatist groups.

Caught in the crossfire, Volodymyr Zelensky attempted a side step last week with a surprise announcement: the local elections will be doubled on Sunday with a big “National survey”, in which Ukrainians will be asked five questions about the country’s foreign policy, the legalization of medical cannabis and the reduction of the number of deputies. An operation hastily organized but which, the president hopes, will at least encourage Ukrainians to go to the polls. And the results will not bind the government.