INVESTIGATION. Has the Covid-19 virus escaped from a Wuhan laboratory? 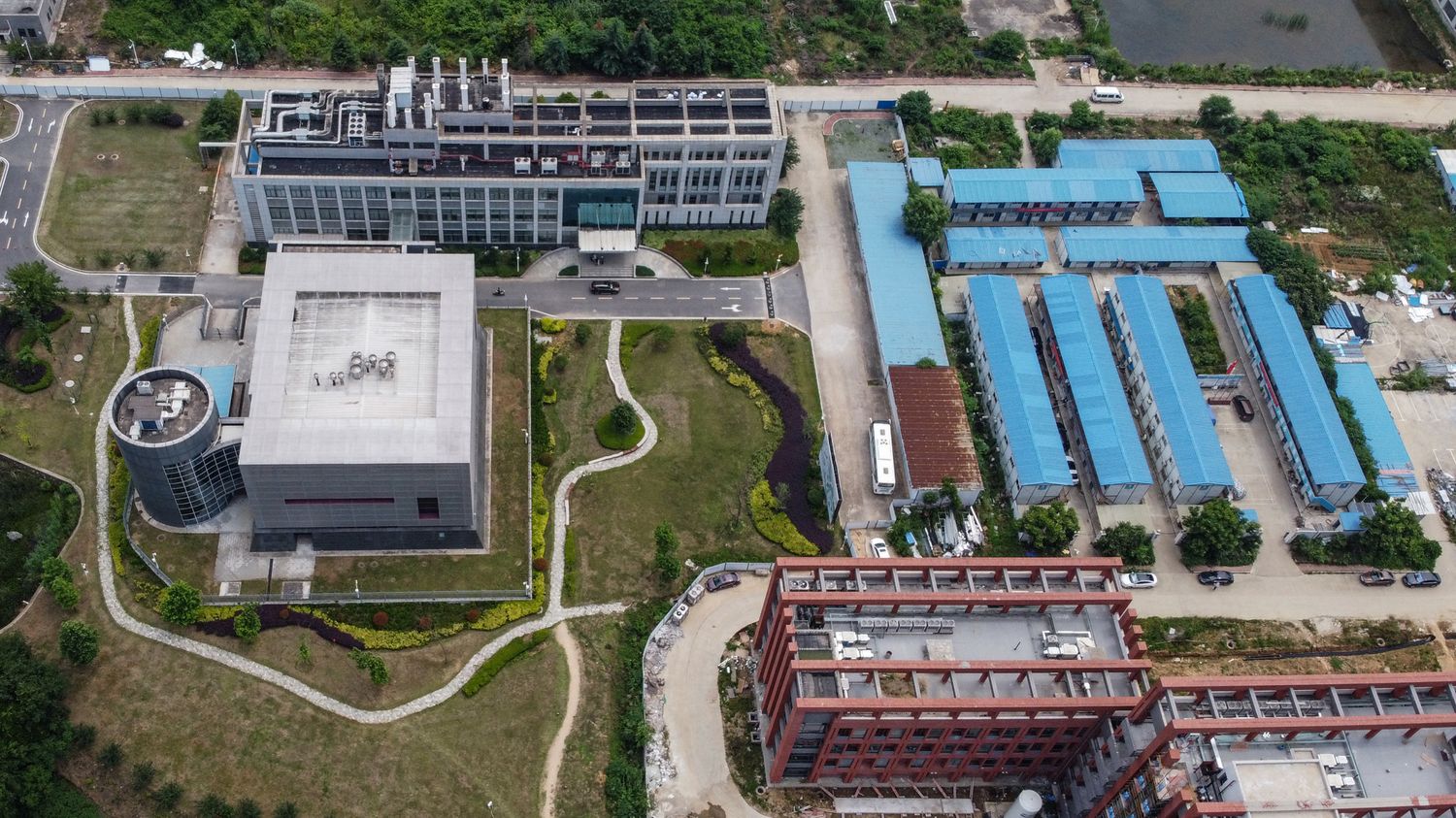 INVESTIGATION. Has the Covid-19 virus escaped from a Wuhan laboratory?

This question has been unanswered for over a year: where does the Covid-19 virus come from? At the start of 2020, the culprit was clearly indicated: a pangolin, sold on the stalls of the Wuhan market. But this theory is now on its way. Interviewed by France Télévisions, George Gao, the director of the Chinese Center for the Control and Prevention of Diseases, himself admits: “After a year of research, we have not found any animal carrying the virus in this market. So it may have been an amplifier of the epidemic, but not the direct source. And the virus found in pangolins is in fact completely different from today’s coronavirus. “

The only certainty: originally, the virus comes from a bat. How did it get to humans? Two hypotheses are now considered credible by scientists. The first, considered to be the most probable, is that of a zoonosis, that is to say an infection by an animal: an infected bat could have contaminated a man directly or through an unidentified intermediate animal. for the time being. The second hypothesis, much more sensitive, is that of a leak of this virus from a laboratory, perhaps during a human error. Long assimilated to a conspiracy thesis, it is now considered plausible by part of the scientific community.

Wuhan, known for its virus research activity, now houses three laboratories: a very high security P4 laboratory, where viruses such as Ebola are studied, and two P3 laboratories, where coronaviruses are studied. The latter are located in the city center, a few dozen meters from the market where the epidemic broke out. All these laboratories are subject to drastic safety rules. In P3 centers, researchers must go through an airlock where they put on protective clothing. Interviewed by France Télévisions, Manuel Rosa-Calatrava, the co-director of the P3 laboratory in Lyon, explains that it is a “confined environment, completely sealed. In addition, it is under pressure, that is to say that the atmospheric pressure inside is lower than that of the outside. Consequently, by a physical principle, it there can be no leakage of the atmosphere from the inside to the outside. “ For P4 laboratories, the instructions are even stricter: the technicians must wear a diving suit through which they breathe filtered air.

Despite these drastic instructions, the hypothesis of a leak of the virus from a laboratory in Wuhan remains credible in the eyes of Etienne Decroly, research director at the CNRS at the University of Aix-Marseille. “I believe that the Chinese authorities are extremely strict on safety standards, but it must be remembered that these are respiratory viruses, and therefore they persist in the air for some time, he explains. We have all seen that, despite wearing a mask, we can still contaminate ourselves. So in a P3 type laboratory, where you don’t have a diving suit, there is a possibility that there is contamination. “ In the history of virology, this type of contamination has already occurred. In 2004, the virus responsible for SARS had escaped from the Beijing Institute of Virology, classified P3. Five officials of the Institute, accused “errors and shortcomings”, were then sanctioned by Beijing.

In the case of Sars-CoV-2, a geographic inconsistency also pushes to explore the hypothesis of a human intervention behind the pandemic. Monali Rahalkar, a microbiologist at the Agharkar Research Institute in India, has been studying the origins of the virus since the start of the pandemic. She underlines a fundamental point: “We know that the virus comes from a bat. But all these bats live in southern China, in Yunnan. It is more than 1,000 kilometers from Wuhan, where the epidemic has started.” For years, Wuhan scientists have made numerous expeditions to this region of Yunnan to collect coronaviruses. The question therefore arises as to whether or not they were able to report the Covid-19 virus during one of their expeditions.

It is also in this region that the coronavirus closest to Sars-CoV-2 that we know was collected. It was Shi Zhengli, the deputy director of the Wuhan virology center, who discovered it in 2013. This coronavirus is called RaTG13, and it has 96% similarities to Sars-CoV-2, the Covid virus 19. RaTG13 was taken from an old mine in Yunnan.

Since the Covid-19 pandemic, this mine has fascinated all those interested in the origins of the virus. Several teams of journalists tried to approach it. All were blocked by villagers before arriving at the mine. A Chinese journalist, originally from this mountainous region, went there for France Televisions and succeeded in interviewing a coffee farmer installed nearby. “The mine is closed right now. I don’t know why. It was the government that closed it., he assures. And they put CCTV cameras all around the place. If you go, I warn you, they will film you and take a picture of you. No one can come in. They have set up a big roadblock in front of the mine, and the road is blocked.“In fact, our journalist was unable to access this mine.

Because the difficulty when investigating the origin of the virus is above all the attitude of China, which does not allow access to either places or sensitive data. This is also the problem encountered by the team from the World Health Organization, which had 10 scientists, who left for Wuhan in January to study the origin of the virus. This trip, carried out under high diplomatic tension, required several months of negotiations: it was first canceled at the last minute for the first time by the Chinese authorities, before being finally authorized on January 12. Even before his departure for China, Fabian Leendertz, one of the team members and veterinarian at the Robert Koch Institute (Germany), said he was aware of the almost impossible nature of this mission: “It’s not me or any other member of the team who will find the answer. It’s our Chinese colleagues, that’s clear. And it may take six months, a year, five years, twenty years or even. more… We will see “, he testified.

In mid-January, when scientists landed in Wuhan, they were first placed in quarantine for two weeks. When they were finally able to get out, each trip was made under close surveillance, the WHO experts always being accompanied by Chinese scientists and officials. They visited the Wuhan market, but also the famous virology laboratory. The most scrutinized visit of their trip, as evidenced by the account of WHO Mission Officer Peter Ben Embarek: “You have to ask them tough questions and you have to orchestrate it in a certain way so that you can get them to talk about difficult topics without offending them.”

In fact, WHO experts had limited access to this laboratory and were unable to study the detailed data themselves. It is both a question of resources – because the WHO team had neither the time nor the resources to delve into all the laboratory data – and a question of China’s reluctance. Collaboration with Chinese researchers has not always been easy. In February, Peter Ben Embarek told us from Wuhan: “The meetings are starting to get complicated. We started to discuss the different hypotheses about the origin of the virus and, of course, some hypotheses are not very popular here …”

After two weeks in the field, the WHO finally gave a press conference on February 9 to mark the end of the mission in Wuhan. In front of cameras around the world, Peter Ben Embarek explains that “the hypothesis of a laboratory leak is highly improbable”. This statement provokes the incomprehension of many scientists, who stress that the WHO team did not have direct access to essential data: samples taken from the first patients, complete laboratory files … The United States , for their part, answer that they will not accept these conclusions without verification. In fact, the content of the speeches of the WHO delegation was negotiated with Chinese scientists, according to our information.

Faced with these reactions, the director general of the WHO, Tedros Adhanom Ghebreyesus, is forced to reconsider the declaration. A few days later, he publicly assures that after speaking with the mission team, “all the hypotheses remain open and require further studies”. Peter Ben Embarek thus confirms that, not having carried out an audit of the laboratory, the WHO cannot in fact confirm anything definitive: “We are dropping this hypothesis, but it is still on the table. We did not say that it was impossible.”

Following this diplomatic hiccup, 26 scientists signed an open letter calling for a new investigation “thorough and credible”, which would not exclude any track. They also require direct access to relevant samples and records to understand what happened. Anyway, will we ever find out? Everything now depends on China. If the country is not transparent, scientists are aware: it is possible that we will never know the truth.

If you would like to know more, don’t miss our Vrai ou Fake show “Origin of the virus, the impossible investigation”, Friday March 12 at 10:10 pm on channel 27. Just before the show, you can also join us on Clubhouse at 9 pm, for a discussion on this subject with Julien Pain, Lisa Beaujour and specialists from China and the United States.