INVESTIGATION. How the Paris-Descartes medical school made bodies available for crash tests and military experiments 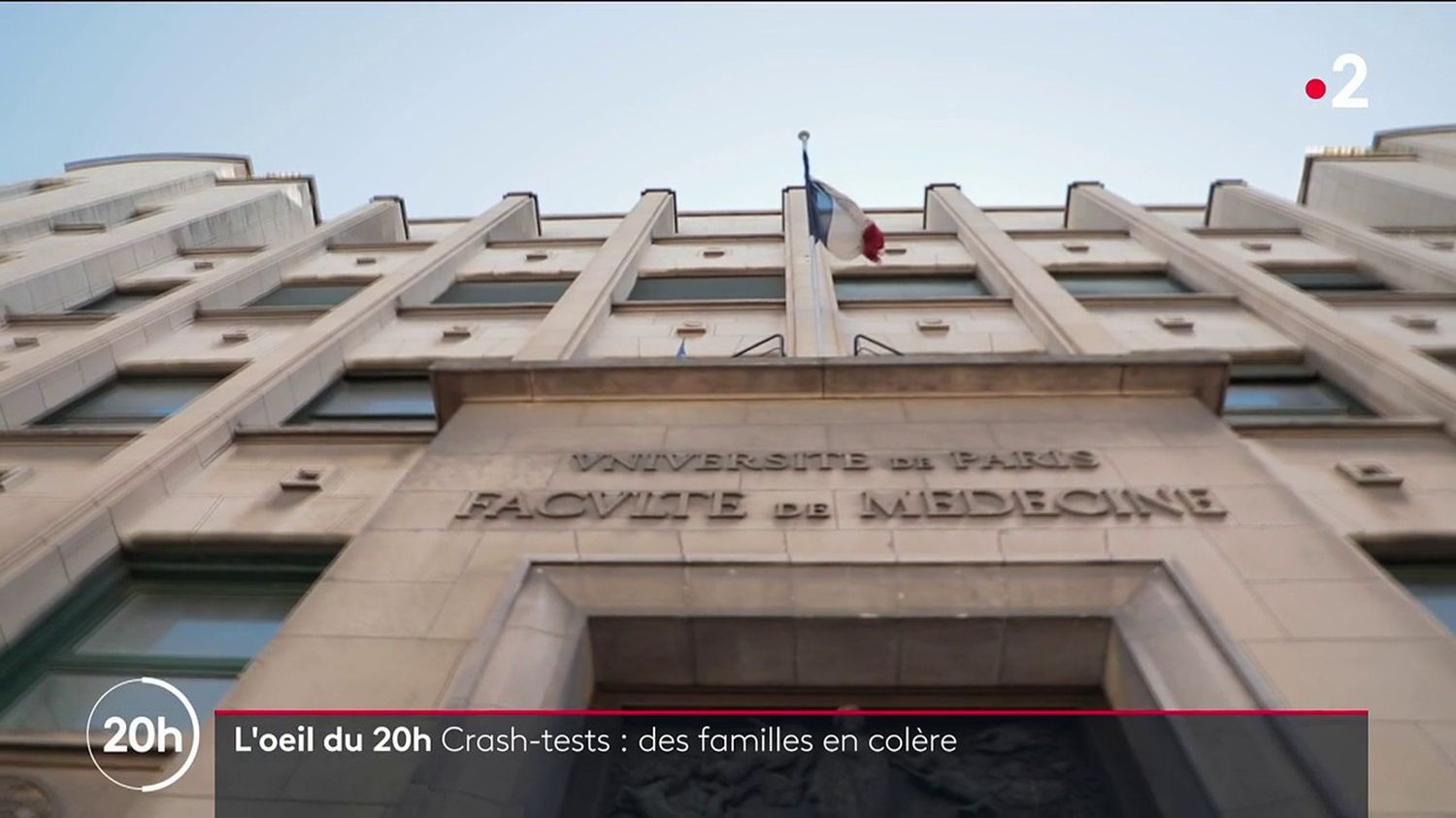 INVESTIGATION. How the Paris-Descartes medical school made bodies available for crash tests and military experiments

It is on the 5th floor of the faculty of medicine, behind these doors closed for 2 years, that an inspection mission was carried out at the request of the Ministry of Higher Education and Research. We were able to consult the report of the General Inspectorate of Social Affairs (IGAS). It evokes “the provision of bodies for crash tests in the automotive sector”.

In total, in 2019, “37% of the income of the Center des corps came from companies whose main purpose was industrial”. It is legal, but donors have not been informed. This is what the vice-president of the Charnier Descartes association tells us, Laurence Dezelée, whose mother died in 2015, gave her body to the Center: “It all looked very beautiful on paper, we told them: ‘you are going to serve something noble.’ It’s an act of love, in fact. being used for crash tests and being sent at 150 an hour into a wall. “It’s clear she didn’t know, obviously.”

This opacity is also confirmed by the geneticist and former president of the University (2007-2011), Axel Kahn: “The people who give their bodies to science are not aware of doing so within the framework of a private contractualization, that is to say by integrating financial circuits and therefore, there is undoubtedly deception.“

So how did bodies end up in the hands of the auto industry?

An agreement, legal and unique in Europe, has been signed between the University of Paris-Descartes and the CEESAR (European Center for Safety Studies and Risk Analysis), the body responsible for biomechanics studies, mandated by the builders. This provides for the provision of bodies, priced: “900 euros for a subject, 400 for an anatomical part”.

Experiments deemed essential by Professor Olivier GAGEY, President of the Scientific Council of CEESAR: “We are now faced with the problem of subjects who are very overweight in shocks. We are forced to use a corpse to acquire data that will be transposed into the model. It is essential, we want to ensure that the devices are not aggressive and dangerous to humans. “

Car manufacturers are not the only ones to have used bodies, military experiments have also taken place, as confirmed by Olivier Gagey: “The military needs to be prepared to receive shocks in all directions. What happens in a vehicle that jumps on a mine and how can the occupants of the vehicle be better protected?“

With a view to reopening the Center, how will donors be better informed? The Minister of Higher Education, Frédérique Vidal, awaits the delivery of a report on June 7 to better frame the donation of the body.

– The survey published by L’Express in November 2019.

– The summary of the report of the General Inspectorate of Social Affairs on the body donation center at Parsi-Descartes University.

– Presentation of the department of traumatology and shock biomechanics of CEESAR