“It helps calm the situation”: after the mortar fire against crack users in the Stalingrad district in Paris, the police presence has been reinforced 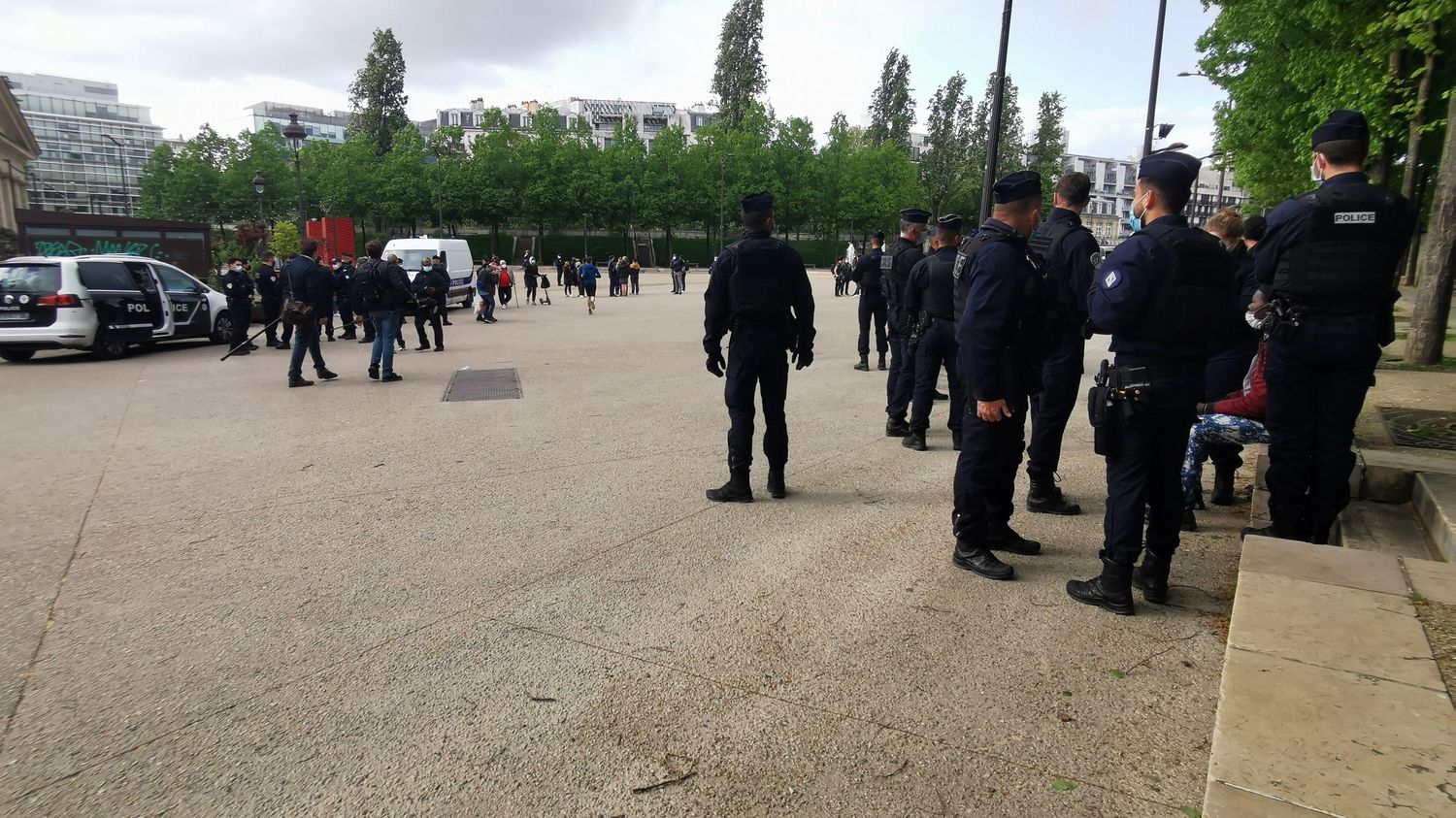 “It helps calm the situation”: after the mortar fire against crack users in the Stalingrad district in Paris, the police presence has been reinforced

Has the situation calmed down in the Stalingrad district in Paris? Two nights in a row at the beginning of May, mortar fireworks were fired in the direction of a group of drug addicts in the street. Since then, the police presence has been reinforced in this district where many residents are overwhelmed by the dealers and the consumers of crack.

In front of Magid’s restaurant, a stone’s throw from Place Stalingrad, three gendarmes, tear gas bombs in their hands, advance about thirty men. Crack pipes protrude from some sleeves. “The police push back the drug addicts, he said. They push them back to go from point A to point B and the drug addicts come back to point A afterwards. “ For a week, the police have been more visible in the neighborhood. Friday evening, May 7, two vans are parked in front of the building where the fireworks mortar fire took place.

“It happened in front of my windows”, explains Snejana. She also filmed the scene where we see shots coming from the bottom of the building in the direction of a group of crack smokers. An investigation is underway to identify the fireworks. “I don’t endorse them but I understand that someone can be so pissed off to do this”, resumes Naïma while many local residents complain like her about the traffic in crack cocaine. “Recently I have a friend who had her glasses stolen by a drug addict while she was walking. She refused to give him any money. He took her glasses off and said ‘I Give them back to you if you give me money. ‘Me and my daughter, we had a lot of insults, suddenly, the one who is 13, she refuses to go out. ”

It is especially the nights that Snejana no longer support. “The night feels like a nightmare with screaming and screaming and brawling until 6 am, we don’t sleep at night anymore.” In recent days, with the increased presence of law enforcement, Senejana says she has regained sleep but she asks for real support for addicts to crack, a very addictive derivative of cocaine. “They are very distressed people, I can see it from my window. When they are in need of looking for crack. They get on their knees and lick the ground.”

A distress that requires medico-social support and patrols. There are also 400 accommodations via the state list the socialist mayor of the 19th arrondissement, François Dagniaux, satisfied with the recent reinforcements. “When the police are there, it helps to appease the situation, he explains to franceinfo. Part of the solutions is the work of the police to protect the inhabitants and to prosecute trafficking. “ Some residents regret that it took fireworks mortars to see these reinforcements arrive.