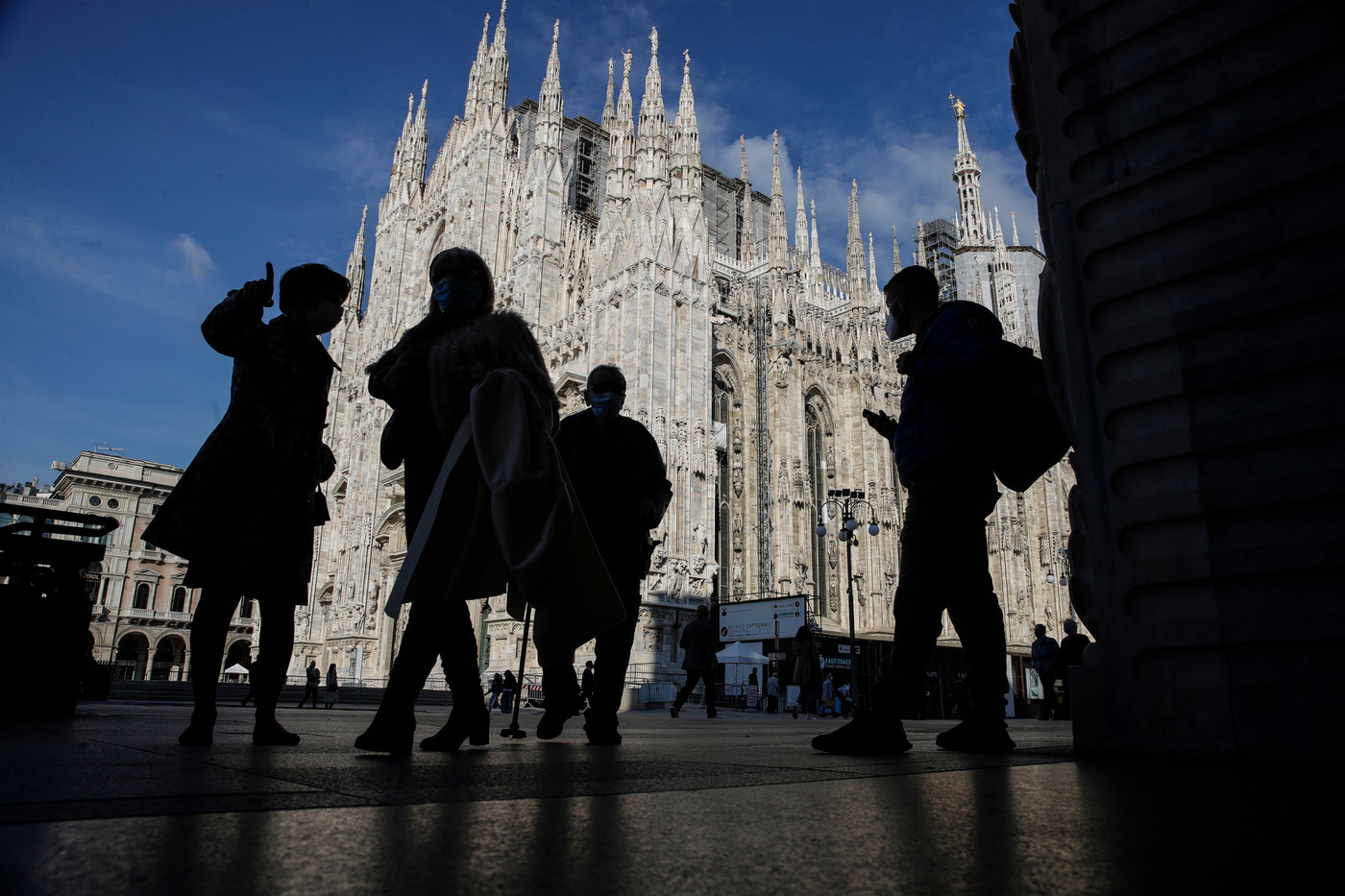 Italy, a model student of Europe at the start of the September school year, thought to escape new containment measures. The respite will have been short-lived. The Covid-19 is once again on the front page of Italian dailies. With figures rising sharply 525,782 cases, and 21,273 in 24 hours, October 25 and 37,000 deaths, the Italian government imposed a curfew on Monday October 26 in three regions Lazio, Lombardy and Campania.

To prevent the nightmare of winter and last spring from happening again, Italy having been the first country in Europe affected by Covid-19, the Italian government of Giuseppe Conte has decided on severe measures such as the closure of cinemas and theaters, gyms and swimming pools.

→ READ. In France, is reconfinement inevitable?

As of today, bars and restaurants stop serving after 6 p.m., schools and kindergartens remain open, but 75% of high school and university classes take their courses online. Measures planned for a period up to November 24.

If the number of cases is increasing everywhere in Italy, all eyes are on Lombardy, the rich northern Italian region most affected by the pandemic last February. This time again, Lombardy is the one that records the most cases as in February and last March with 154,363, or +5,762 new cases for the day of Sunday, October 25. Of which 2,589 for the Milan region and 1,217 in the city center.

Campania, the region of Naples, until then rather spared by the first wave of the pandemic, is also recording a significant number of new cases (+ 2,590) for a total of 38,802 cases, which worries the local authorities because the health system is less efficient and less well endowed than that of Lombardy. The two regions were the first to institute a night curfew, since last Thursday and from 11 p.m. to 5 a.m., for three weeks in Lombardy.

In Campania, the president of the region, Vincenzo De Luca, announced the start of the curfew on Friday, October 23 at 11 p.m. in this region of southern Italy. He did not specify at what time in the morning he would be up or the duration of this measure. Since then, the city of Rome has also adopted a similar measure.

The chairman’s goal is simple : “We would like to arrive at Christmas with a serene state of mind”, he said as the virus approaches dangerously close to the top of the state, with spokespersons for Giuseppe Conte and President Sergio Mattarella both testing positive for Covid 19.

For the consultant of the Ministry of Health, Walter Ricciardi, these measures will not be enough: “ these measures are a step forward but are not sufficient to deal with the circulation of the virus at this time. Measures must be taken in proportion to the circulation of the virus and it, in some regions of our country, is spreading uncontrollably “.

→ THE FACTS. The epidemic is progressing, the state of emergency worries

Is Italy heading for full reconfinement? Like other neighboring European countries, the government wants to avoid a measure that would inevitably have the consequence of plunging the Italian economy, already badly affected, into the abyss. He set himself a limited goal: “We would like to arrive at Christmas with a serene state of mind. ” It must also reckon with the revolt of some. In Rome, for example, activists from Forza Nuova, the far-right party, attacked the police to protest against the curfew measures.

When others, like in Naples, invent another form of life under Covid 19. In disadvantaged neighborhoods where schools have been closed, teachers have taken it upon themselves to give their lessons in the street!

Kunal Khemu’s dance will remind you of Soha’s shoot between Mohle’s boy, ‘Toute’