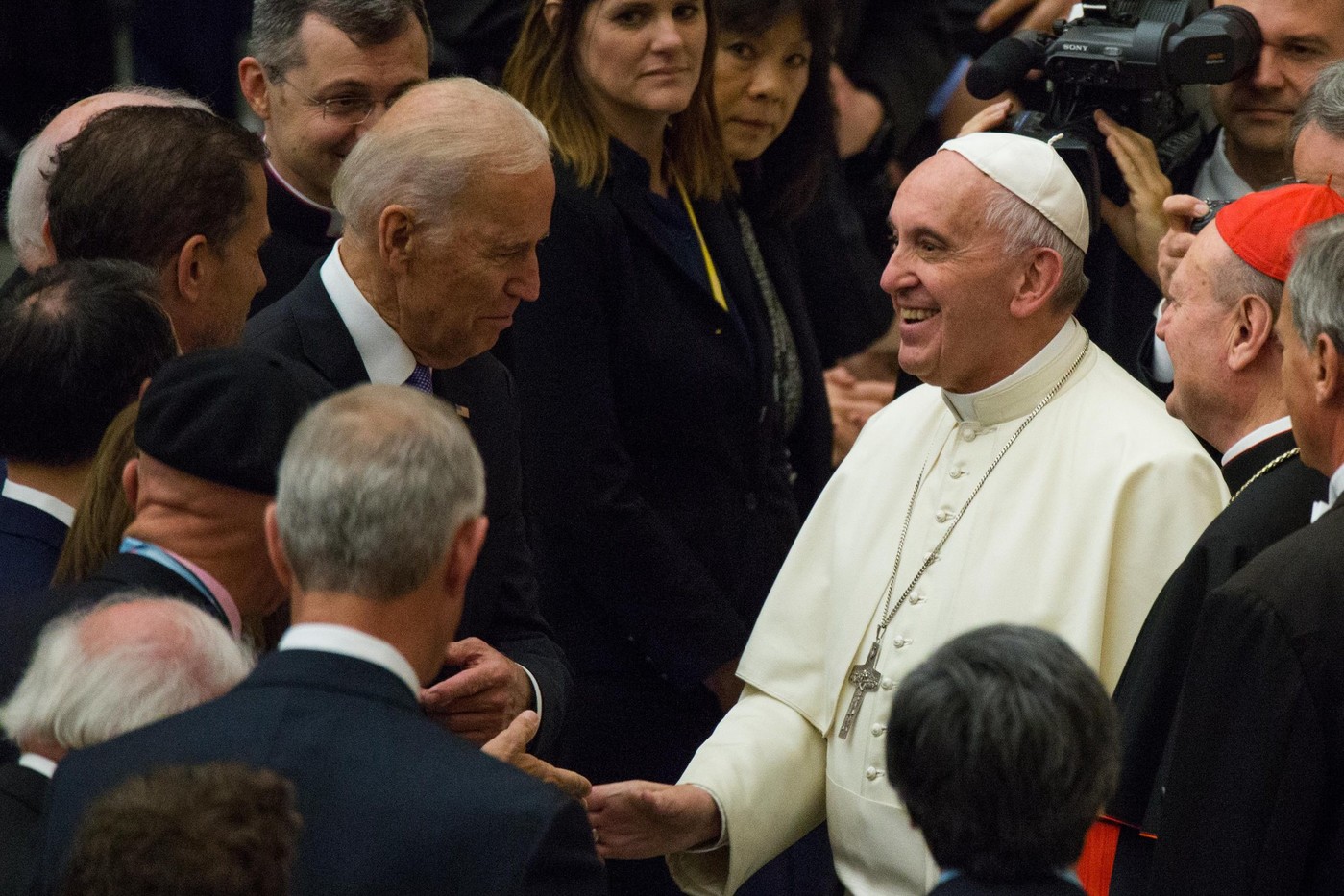 “I am a great admirer [du pape François]. ” Categorical, this statement wouldn’t be so striking if it wasn’t from Joe Biden. During an interview unveiled Friday, December 18 in the American program The Late show, the one who will become the 46th President of the United States on January 20, 2021, declared all his respect for the current Pope.

This admiration dates back to 2015, during Francis’ trip to the east coast of the United States, on the occasion of the World Meeting of Families in Philadelphia. Then vice-president of Barack Obama, Joe Biden had been able to meet the Pope.

“He was incredibly generous to our family”, remembered the future president in The Late show. He was apparently particularly touched by the Pope’s words to his son Beau, who had died a few months earlier of cancer at the age of 46. ” He asked to meet the family in the airport hangar as he left, Joe Biden said. He spoke in detail about Beau, who he was, and family values, forgiveness, decency..

Elected after the presidential election of November 3, Joe Biden will be only the second American president of the Catholic religion, after John Fitzgerald Kennedy. If he is a regular practitioner, the future head of state must however face very strong opposition from part of the Church and the Catholic faithful, in particular because of his support for abortion and marriage of persons. same sex.

“Desire to work together”

” By his actions during his public life, Mr. Biden demonstrated that he was not in full communion with the Catholic Church ”, thus considered at the beginning of the month Cardinal Charles Chaput, Archbishop Emeritus of Philadelphia, to justify his call to refuse to give him Communion. Conversely, Cardinal Wilton Gregory, Archbishop of Washington, has indicated that he would not oppose Joe Biden’s desire to receive communion.

In addition to their meeting in 2015 on the sidelines of the World Meeting of Families, Pope Francis and the future president exchanged a few times in Rome. Most recently, the two spoke by phone on November 12, 2020, with the Pope congratulating Joe Biden on his election. According to his team, “The elected president expressed his desire to work together (…) on issues such as caring for the marginalized and the poor, the response to the climate change crisis, and the integration of immigrants and refugees “.